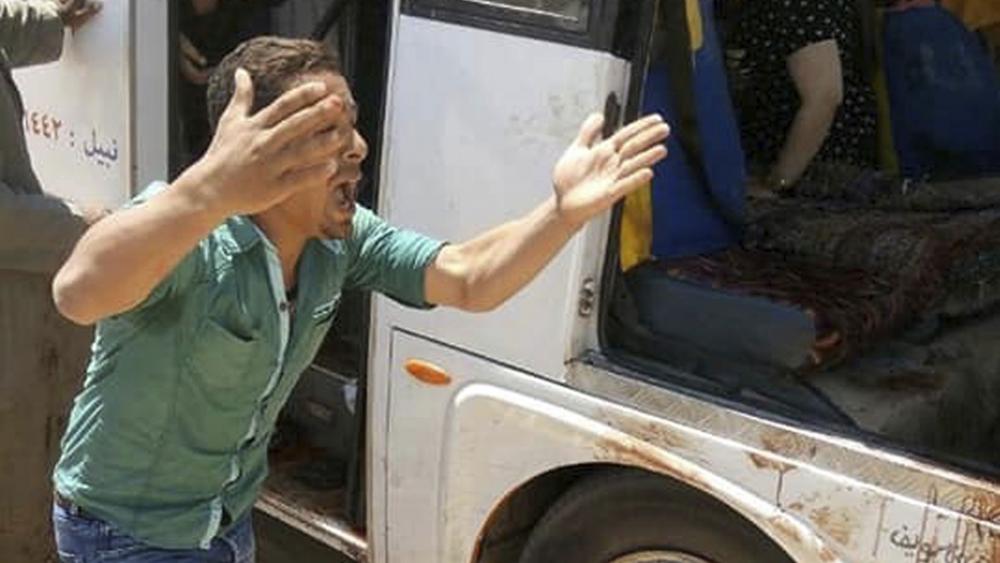 Christian pilgrims were massacred by Islamic militants in Egypt, November 2, 2018

CAIRO (AP) - Islamic militants on Friday ambushed two buses carrying Christian pilgrims on their way to a remote desert monastery south of the Egyptian capital of Cairo, killing seven and wounding up to 16, according to the Interior Ministry and security officials.

Coptic Orthodox Church spokesman Boulos Halim said the death toll was likely to rise. Local church officials in Minya province where the attack took place put the death toll at 10, but the higher figure could not be confirmed.

No group immediately claimed responsibility for the attack, which bore the hallmarks of Islamic militants who have for years been fighting security forces in the Sinai Peninsula and along Egypt's porous desert border with Libya. The extremist Islamic State group has repeatedly stated its intention to target Egypt's Christians as punishment for their support of President Abdel-Fattah el-Sissi who, as defense minister, led the military's 2013 ouster of an Islamist president, whose one-year rule proved divisive.

El-Sissi wrote on his Twitter account that Friday's attack was designed to harm the "nation's solid fabric" and pledged to continue fighting terrorism.

Friday's attack is the second to target pilgrims heading to the St. Samuel the Confessor monastery in as many years. The previous attack in May 2017 left nearly 30 people dead. It is also the latest in a deadly string of attacks that targeted churches in Cairo, the Mediterranean city of Alexandria and Tanta in the Nile Delta north of the capital.

Those attacks, all claimed by the Islamic State group, left at least a 100 people dead and led to tighter security around Christian places of worship and other Church-linked facilities.

The Interior Ministry, which oversees the police, and the security officials said Friday's attackers used secondary dirt roads to reach the buses carrying the pilgrims, who were near the monastery at the time of the attack. Only pilgrims have been allowed on the main road leading to the monastery since last year's attack.

The security officials said the attackers opened fire on the two buses carrying pilgrims from Bani Suef and Sohag provinces, also south of Cairo. The Sohag bus had 28 pilgrims, of whom 9 were wounded, including two in serious condition. The Bani Suef bus carried 14 passengers, of whom seven were killed and the rest seriously wounded.

They spoke on condition of anonymity because they were not authorized to brief the media.

The Interior Ministry said police were pursuing the attackers, who fled the scene.

Egypt's Christians, who account for some 10 percent of the country's 100 million people, complain of discrimination in the Muslim majority country. Christian activists say the church's alliance with el-Sissi has offered the ancient community a measure of protection but failed to end frequent acts of discrimination that boils over into violence against Christians, especially in rural Egypt.

In Minya, the scene of Friday's attack, Christians constitute the highest percentage of the population - about 35 percent - of any Egyptian province. It's also in Minya where most acts of violence, like attacks on churches and Christian homes and businesses take place.

Christians there often accuse the local police of being soft on Muslims accused of attacking Christians and, in their pursuit of keeping the peace between the two communities, insist on resolving differences through tribal-like reconciliation meetings rather than apply the law.