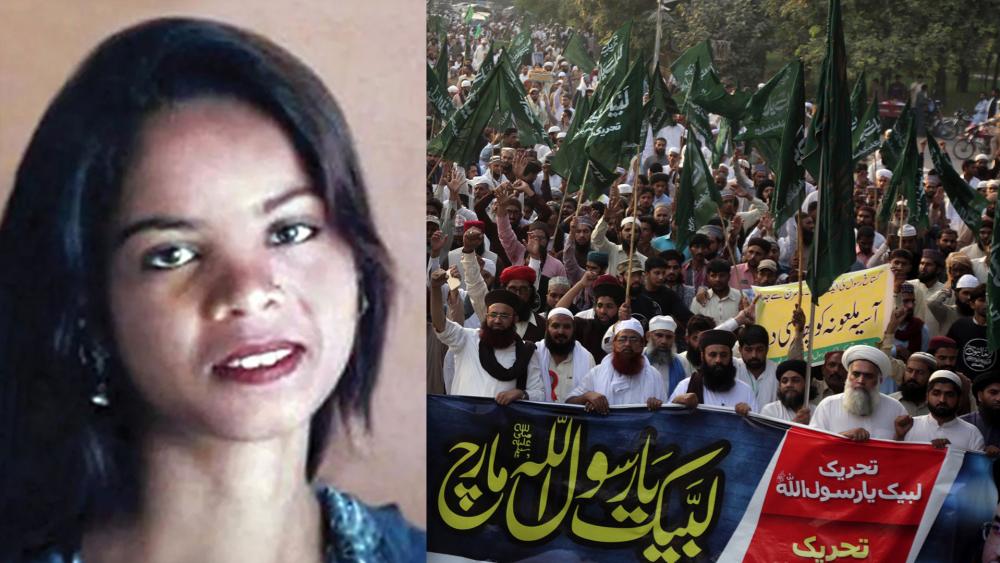 Hundreds of radical Islamists protested in Pakistan Thursday and Friday against the release of Asia Bibi. The Christian woman was just acquitted after eight years on death row for blasphemy, allegedly for insulting Islam's founder Muhammad.

Bibi's family says she plans to leave the country as Islamists raged for a second day against the country's Supreme Court verdict, blocking roads and burning tires. Protesters are calling for her to be publicly hanged. Bibi has reportedly been taken to an undisclosed location and she and her family look for a way to flee Pakistan.

The 51-year-old Christian mother was arrested in 2009 after her Muslim co-workers accused her of insulting the Muslim prophet Mohammed – an offense punishable by death in Pakistan.

Bibi says she was falsely accused and is very respectful of Muslims and Mohammed.

The alleged incident occurred when Bibi took a sip of water while she was working. Her Muslim colleagues accused her of contaminating the water because she was a Christian.

She's been sitting in prison ever since with the threat of execution hanging over her head.

Human rights activists have been actively seeking her release over the past several years to repeal the Pakistani court's death sentence.

No Pakistani Christian has been held on blasphemy charges longer than Bibi. If she had lost her final appeal, she could have been put to death.

Pakistan's 295-C blasphemy law is based on sharia (Islamic law), which mandates execution for those found guilty of committing blasphemy against the prophet Mohammed.

Even with the court's decision to free her, she is likely not safe.

Other prisoners freed on blasphemy charges have been murdered by Islamic extremists. Muslim radicals assassinated former Punjab Governor Salman Taseer and Shabbaz Bhatti in 2011. Both men supported Bibi and had called for an end to Pakistan's Blasphemy Law.

"Clearly she will need asylum in a western country where she can live out the remainder of her days in peace," Wilson Chowdhry, chairman of the British Pakistani Christians Association, told CBN News. "These charges have been proven false time and again and it is time for her to return home to her family."

The church in Pakistan is urging believers around the world to pray for Bibi and her family.

In 2016, her family gave a statement from Bibi to an Italian newspaper, La Stampa, saying, "I forgive my persecutors, those who have falsely accused me, and I await their forgiveness...I do not hate those who did me wrong."