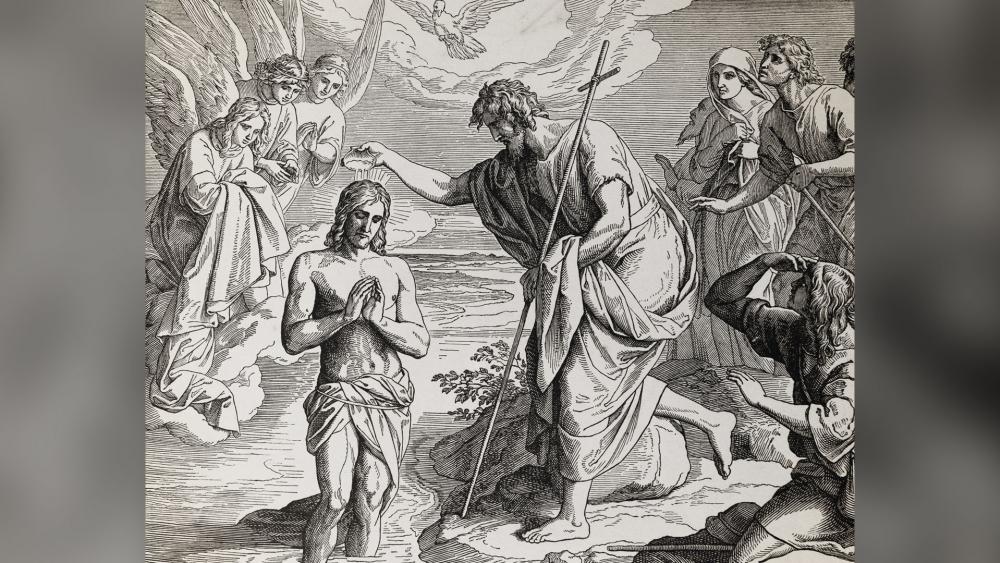 John the Baptist is an enigmatic and intriguing figure.

Like Jesus, there’s a supernatural aspect to his birth story (Luke 1:5–25). As he grows, we find him living the life of an ascetic out in the desert, wearing camel’s hair and living off of a diet of locusts and wild honey.

In spite of these eccentricities (or maybe because of them), John draws huge crowds to hear him preach. Even the Pharisees come out to listen to him, and John doesn’t shy away from publicly challenging them.

Jesus gives John the highest compliment when he says, “Truly I tell you, among those born of women there has not risen anyone greater than John the Baptist; yet whoever is least in the kingdom of heaven is greater than he” (Matthew 11:11).

Here are three valuable lessons we can learn from John the Baptist.

John was out in the desert building anticipation for the coming Messiah. But he didn’t shy away from speaking his mind. The crowds of people coming out to hear him drew the attention of the Pharisees and Sadducees. When they arrived on the scene, John turned his attention on them:

‘You brood of vipers! Who warned you to flee from the coming wrath? Produce fruit in keeping with repentance. And do not think you can say to yourselves, ‘We have Abraham as our father.’ I tell you that out of these stones God can raise up children for Abraham. The ax is already at the root of the trees, and every tree that does not produce good fruit will be cut down and thrown into the fire.

“I baptize you with water for repentance. But after me comes one who is more powerful than I, whose sandals I am not worthy to carry. He will baptize you with the Holy Spirit and fire. His winnowing fork is in his hand, and he will clear his threshing floor, gathering his wheat into the barn and burning up the chaff with unquenchable fire (Matthew 3: 7b–12).

Those are some pretty strong words to level at respected figures in the religious community.

But John doesn’t stop there. When Herod, the ruler of Judea, arrives on the scene, he receives an earful, too. Luke tells us:

But when John rebuked Herod the tetrarch because of his marriage to Herodias, his brother’s wife, and all the other evil things he had done, Herod added this to them all: He locked John up in prison (Luke 3:19–20).

ohn isn’t afraid to speak truth to power—even when the cost is high. The decision to call out Herod for his sins put John in prison (and would eventually cost him his life). But John was preparing the way for Jesus, and it was necessary for everyone present that John expose the corruption that Jesus would replace.

For a brief, shining moment, John the Baptist is a local celebrity. He’s amassed his own disciples, and people are coming from all over Judea to be baptized by him. As we’ve noted, even the most respected officials were making the journey to hear him.

It doesn’t matter who you are; it’s easy for that kind of attention to go to one’s head. Many well-meaning and devout leaders are led astray when they begin receiving recognition for their piety.

John never seems to fall victim to this mentality. John’s Gospel gives us a glimpse into John’s humility:

The next day John was there again with two of his disciples. When he saw Jesus passing by, he said, ‘Look, the Lamb of God!’

When the two disciples heard him say this, they followed Jesus (John 1:35–37).

John has one job: To prepare the way for Jesus. He doesn’t allow himself to get bogged down in building his own kingdom or making sure that he stays the center of attention. He’s happy for his disciples to graduate to following Jesus.

And this should be our heart’s cry, too.

Read the rest of the article at Faithwire.com.