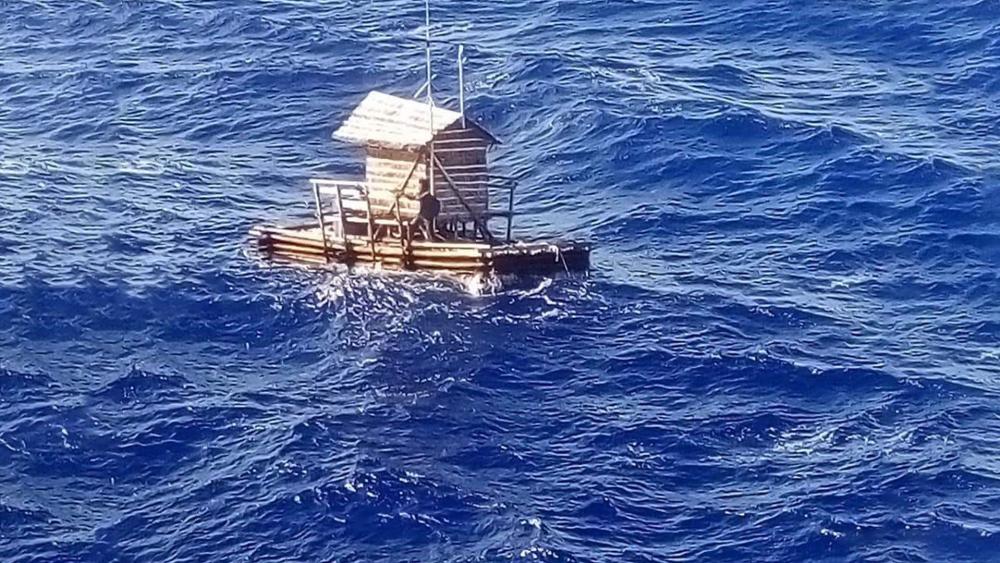 An Indonesian teen survived being stranded on the open seas for 49 days with nothing but the clothes on his back, a radio, limited food, and the Bible.

Aldi Novel Adilang, 19, was working as a lamp keeper on a floating fish trap on July 14 when heavy winds snapped the moorings that kept him in place. With no motor and no paddle, the teen drifted thousands of miles away from the Indonesian coast towards Guam.

Newsweek reports that Adilang ran out of food after a few days, and was forced to survive by cooking fish on his boat and drinking seawater through his clothes to filter out the salt.

Fajar Firdaus, an Indonesian diplomat from the consulate in Osaka, told The Jakarta Post: "Aldi said he had been scared and often cried while adrift. Every time he saw a large ship, he said, he was hopeful, but more than 10 ships had sailed past him. None of them stopped or saw Aldi."

Interviewed by local news portal TribunManado, Adilang thought he was going to die on the open seas. He said he was suicidal and even considered jumping into the ocean. However, he remembered his parents' faith turned to the Bible on board for comfort.

Adilang spent seven weeks at sea until he was able to successfully flag down a tanker with Panamanian flags on August 31. He jumped into the water, swam to the Arpeggie, and climbed aboard.

The ship was headed for Japan, where he was handed over to consulate officials on arrival in Tokuyama on September 6.

He finally flew home on September 8.

The Indonesia consulate said in a news release that he is with his family in Wori, Manado, and is in good health.