'I Can Clearly Feel that I Am Black': White Couple Identifies as Black, Claims Children Will Be Black Too 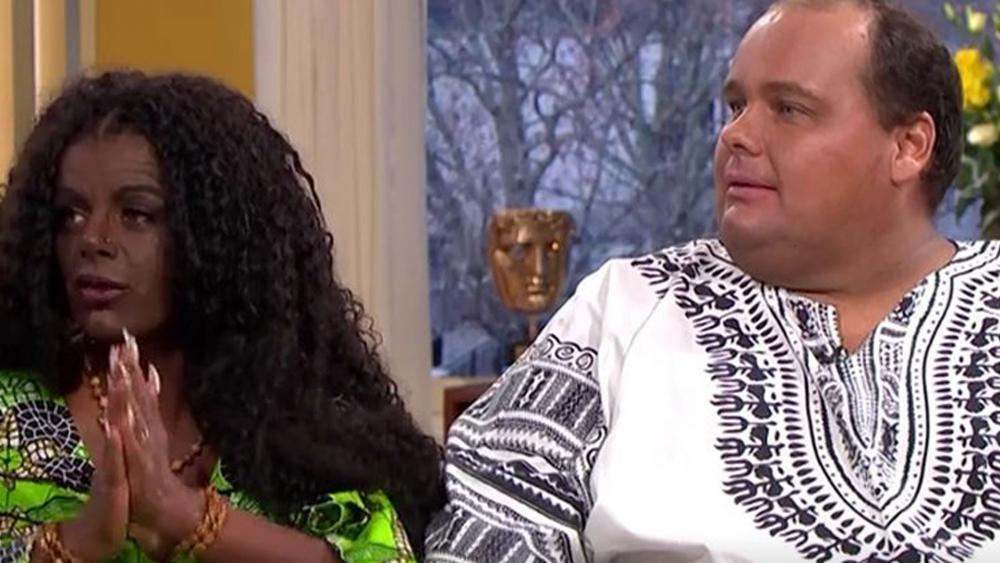 The escalating global debate over genetic identity has taken on a new twist. In recent years, the DNA debate has centered around sexuality with individuals making headlines claiming to be non-binary and transgender.

Athletes who were born male but now claim to be female have been winning in sports competitions against young women who were actually born with female genes.

College students and even younger students have been caught up in the "transmania" and have decided to change sexes, including having body parts removed in order to change to a new identity.

Now there's a couple who were born white, but they say they're changing to become black.

The Daily Mail reports the couple were married last October in Hawaii and said they identified as black.

Martina Big, 30, from Germany, and Michael Eurwen, 31, appeared on the UK's television program "This Morning" to talk about their so-called change in race. They both underwent injections using Melanotan, a synthetic hormone, to darken the skin.

Big claims the darkening of her skin came only after three injections of the hormone. She even told the baffled interviewers their DNA will be changed too, saying their doctors told them their kids would be born black.

One of the hosts of the show pressed her further on her DNA claim.

"If that baby is not black, because I'm trying to understand how genetically this would be possible, will you still be close to them if you give birth to a white baby?" the interviewer asked.

"Of course - it will be a mix of me and Micheal," Big replied, "but I'm pretty sure it will be black, but if it is milk chocolate or a little bit lighter it doesn't matter."

"I can clearly feel that I am black – but it's hard to find the right words to describe it," Big said.

Big even traveled to Kenya last year to be baptized as "a real African woman."

In a post to her Facebook page at that time she wrote: "One of my Kenyan friends told her pastor about my transformation to a black woman and told him how much I wanted to become a true African woman."

Twitter users who are fans of the show questioned the alleged genetic change the couple claims will happen.

"I'm so sorry, but no amount of cosmetic changes will affect your genetics. If you were born white, your children will be white. I think Martina needs to find a new doctor," one user wrote.

Another user challenged the couple's claim of changing races.

"I've had tanning injections, now I'm a black person, is the equivalent of saying I've drank a glass of water and am now fireproof before running into a burning building while naked," a user named Kim wrote.

This is not the first time someone has claimed to be black, but was actually genetically white and had the parents to prove it.

Probably the most headline-grabbing story in recent years was that of Rachel Dolezal, a white woman who for years passed as black even while serving as president of the Spokane, Washington chapter of the NAACP.

Her parents came forward in June 2015 to expose her as white to a local television station. She lost her job and last year was charged with welfare fraud.

On April 5, Dolezal, who now calls herself Nkechi Diallo, agreed to a plea deal on those charges, according to The Spokesman-Review.

Medical researchers have tried to come up with various explanations for why people want to change racial identifications. So far, the jury is still out on the psychological consequences of such an action.

Meanwhile, in the US there appears to be less questioning of the explanations for why people say their sexual identity has been changed. But numerous people who had changed their gender have now come forward to say it was a mistake. Read more about that below:

MORE:  Living with Regret: How One Man's Sex Change 'Fixed Nothing'