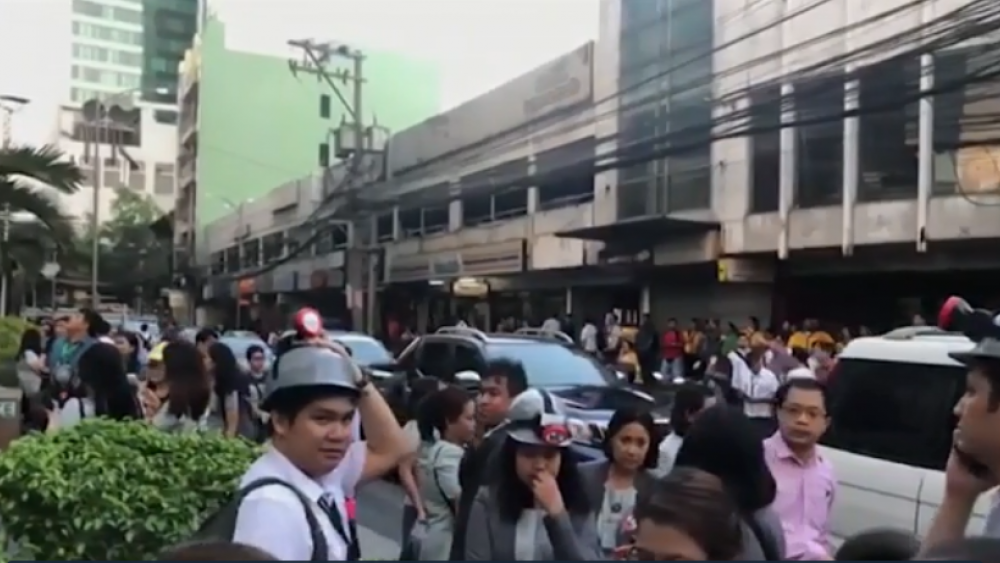 MANILA, Philippines (AP) - A strong earthquake has shaken the area around the Philippine capital, prompting thousands of people to flee to safety. There were no immediate reports of injuries or widespread damage.

The U.S. Geological Survey says the magnitude 6.3 quake struck northwest of Manila on Monday afternoon. It says the quake was centered near the town of Gutad on Luzon island.

Philippine Institute of Seismology and Volcanology chief Renato Solidum says the quake, which was caused by movement of a local fault, was not strong enough to trigger a tsunami or cause widespread damage.

However, some officials reported damage to a church in northern Pampanga province and said boulders rolled down a mountain, blocking a highway.

Thousands of residents and office workers dashed out of buildings in Manila.