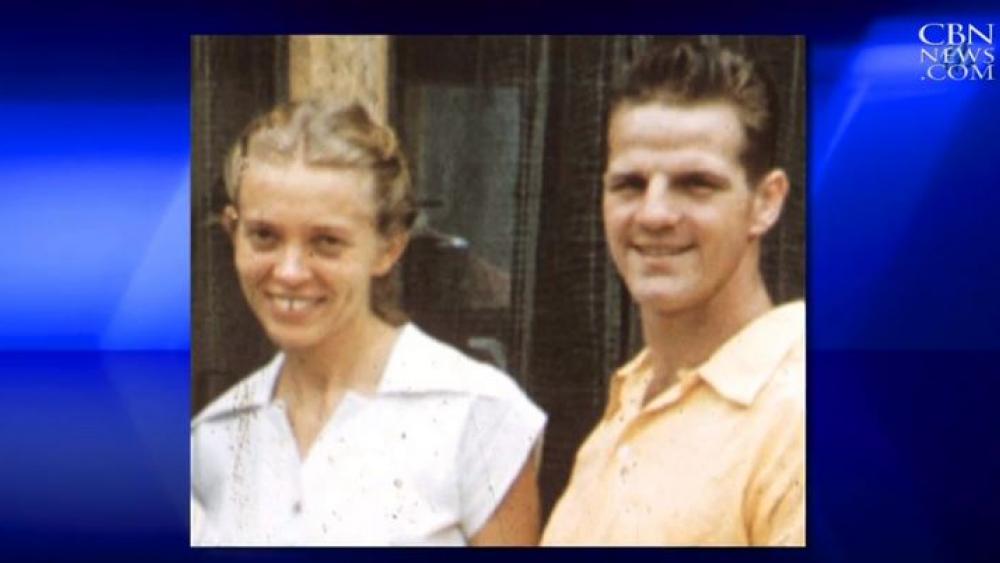 Elisabeth and Jim Elliott. Jim was killed killed in 1956 by Waorani tribal members while he and four other missionaries attempted to reach them with the Gospel. (Image courtesy: CBN News

Many are familiar with the story of Christian missionary Jim Elliot from the popular book, Through the Gates of Splendor or its 2005 film adaptation, “End of the Spear,” which chronicled the evangelist’s final and fatal mission to reach a remote Ecuadorian tribe for Christ.

One Year After Billy Graham’s Death, Tributes Pour in for Famed Evangelist

After Elliot was martyred alongside four other missionaries, his wife, Christian author and speaker Elisabeth Elliot, kept Jim’s legacy and mission alive by writing many popular books, including Through the Gates of Splendor, and by sharing her testimony of faith with thousands.

While the couple’s inspiring faith is well known, perhaps equally astonishing is the story of how the two came together, which until recently was largely unknown.

Earlier this week, The Gospel Coalition posted an up-close and personal video featuring Valerie Elliot Shepard, Jim and Elisabeth Elliot’s only daughter, whose discovery of her parents’ private journals and letters has offered powerful insight into their love for Christ and for each other. Shepard referred to the collection, which documents four years of her parents’ courtship, as “unbelievable treasures.”

What many don’t know is that marriage was never a part of the Elliots’ original plan for their lives. The devout youths each felt a strong prompting to devote their lives entirely to God. But as is often the case, God had other plans, and the two soon found that they could be even more effective for the Kingdom as a pair.

In the video, Shepard shares never-before-seen writings from her parents that detail their complicated, arduous and incredibly beautiful journey to love.

“My father and mother’s love was huge and deep because they were so committed to loving God first, that they felt that each of the other was a gift,” Shepard said, adding, “I hope to carry on the legacy simply by telling the story.”