The Head of the Church of England Reveals: 'I Pray in Tongues Every Day' 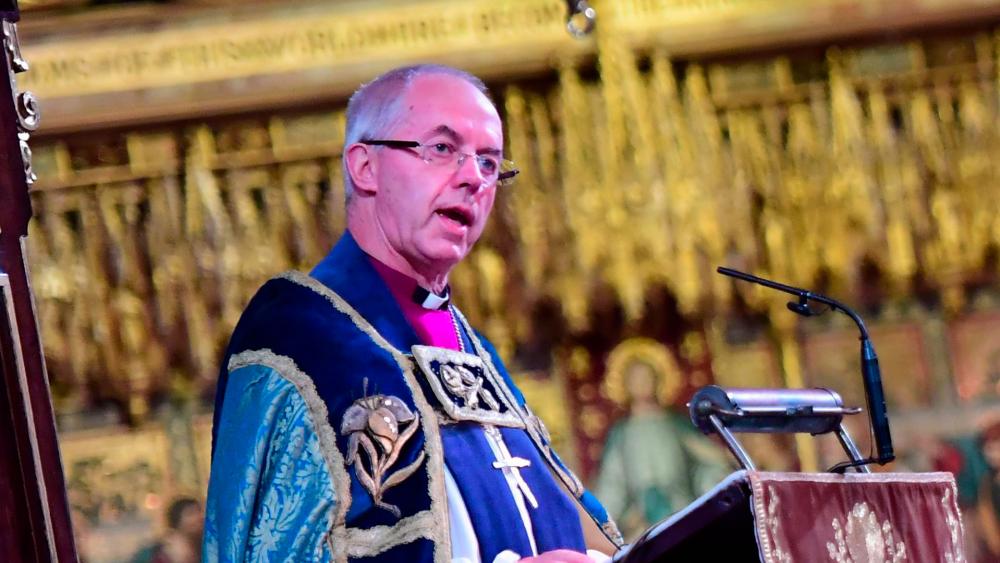 The Archbishop of Canterbury, known as the leader of the Church of England, has revealed he prays in tongues every day.

Archbishop Justin Welby, who has served in the position since November 2012, stated he speaks in tongues during his daily 5am prayer time. The bishop shared the news during an interview with a Christian radio station, Premier.

"In my own prayer life, and as part of my daily discipline, I pray in tongues every day – not as an occasional thing, but as part of daily prayer," Welby said. "It's not something to make a great song and dance about. Given it's usually extremely early in the morning it's not usually an immensely ecstatic moment."

The bishop also is open to other gifts of the Holy Spirit operating in our modern day world, saying he receives words of knowledge from others and he expects to "hear from God through other people with words of knowledge or prophecies – some of which I am unsure about, others I can sense there being something of the Spirit of God."

Speaking in tongues and words of knowledge are common within more charismatic churches such as Pentecostals. However, Welby believes the gifts are not just for charismatic churches. The Guardian reports he was 19 when he was filled with the Holy Spirit while being an Anglican.

"It was from that moment and in the days that followed I realised that the Holy Spirit of God had touched me in a very powerful way," he shared with the Anglican Communion News Service in 2015. "I began to speak in tongues and began to learn of the intimacy that Christ brings to us."

Welby is connected to the evangelical wing of the Church of England. He was brought up in Holy Trinity Brompton, an evangelical Anglican church known for speaking in tongues.

Some denominations believe "speaking in tongues" and "words of knowledge" ended with the early church. Others point to scriptures like Mark 16 where Jesus spoke to the disciples about speaking in tongues right before he ascended into Heaven.

Mark 16:16-17 states, "Whoever believes and is baptized will be saved, but whoever does not believe will be condemned. And these signs will accompany those who believe: in my name they will cast out demons; they will speak in new tongues."

Numerous Bible verses correlate "speaking in tongues" and "words of knowledge" with being filled with the Holy Spirit.

After being filled with the Holy Spirit in Acts 2, Peter shared a passage from Joel 2:28, stating, "'And in the last days it shall be, God declares, that I will pour out my Spirit on all flesh, and your sons and your daughters shall prophesy, and your young men shall see visions, and your old men shall dream dreams."

In the Premier interview, Welby warned of "the danger of putting 'charismatic' as a tribal category within the church", emphasizing "all Christians are filled with the Spirit, so every Christian is a charismatic in that sense".