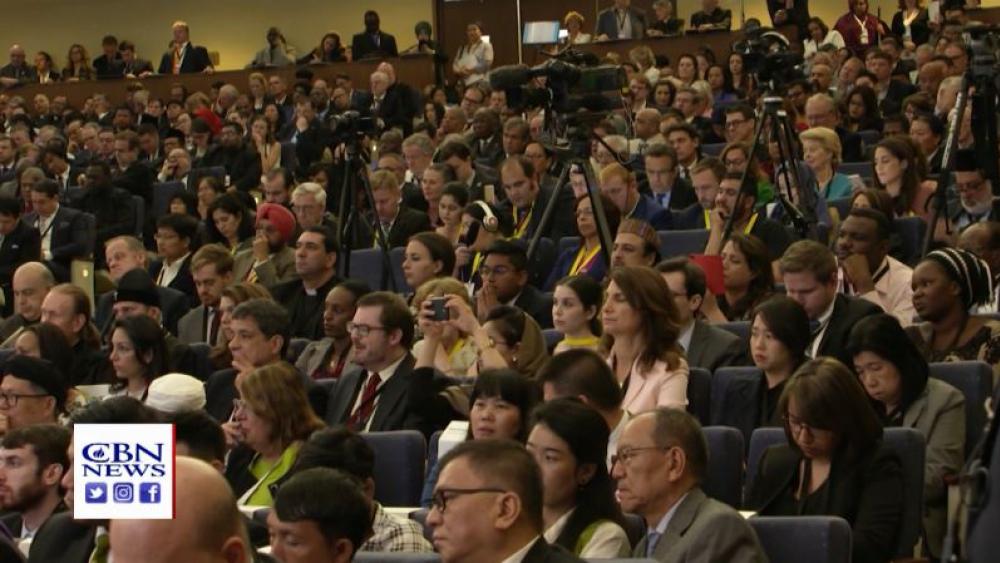 WASHINGTON -- Day one of the Ministerial to Advance Religious Freedom conference saw many emotional moments as victims of religious persecution shared their testimonies.

The room was packed with people representing nations and religions worldwide.  So many people wanted to attend that organizers had to cut off registration weeks ago because they'd reached capacity.

"All people from every place on the globe must be permitted to practice their faith openly," said Secretary of State Mike Pompeo.  "In their homes in their places of worship in the public square and believe what they want to believe."

Unfortunately one only has to go back nine months to find examples of the faithful suffering because of their beliefs. Some of those victims spoke out at the meeting.

"The perpetrator of the massacre in the tree of life not only stole 11 beautiful lives that he had no God-given right to do, but he stole the faith of countless Jews," said Rabbi Jeffrey Myers of the Tree of Life Synagogue.

March 15, 2019, 51 worshippers were killed at a New Zealand mosque.  Among the dead was Farid Ahmed's wife.

"I had to go home alone, and I had to tell my daughter her mother would never come home again," Ahmed said.

"And on that fateful day when the Sunday school teacher asked them, how many are willing to die for Jesus almost all of them raised their hands," said Yamini Ravindran, legal and advocacy coordinator for the National Christian Evangelical Alliance of Sri Lanka.

Organizers say 80 percent of people worldwide live in a religiously restricted environment.  They're hoping the conference, now in its second year, will mark the beginning of a global human rights movement centered on religious freedom.

Secretary of State Mike Pompeo says his own Christian beliefs compel him to fight for the freedom of others not just in the United States, but around the world.