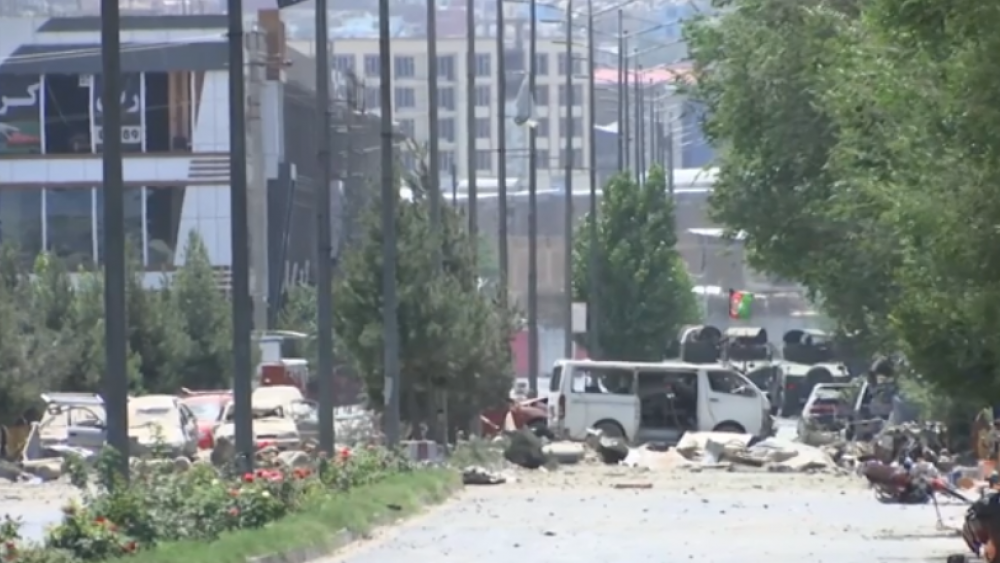 An explosion near the U.S. Embassy in Afghanistan wounded 100 people, including 51 children Monday morning.

Reuters reports that Taliban terrorists stormed the capital of Kabul after a truck bomb exploded, sparking a gun battle between the terrorists and Afghan security forces.

"Gunmen have entered a building and they are clashing with the Afghan forces after the powerful blast," interior ministry spokesman Nasrat Rahimi told Reuters.

The interior ministry said security forces closed off the area and have managed to rescue 210 people so far.

"The target was the defense ministry's technical installation," the Taliban's spokesman, Zabihullah Mujahid, said in a statement.

The attack comes as the US and the Taliban hold talks in Qatar, where the militant group maintains a political office.