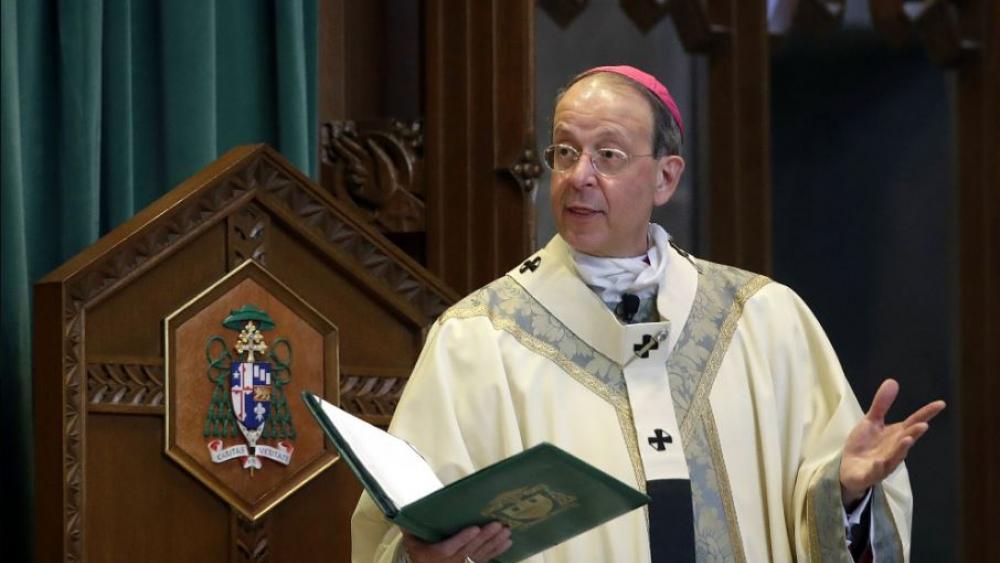 CHARLESTON, W.Va. (AP) — The archbishop appointed to investigate the former leader of the Roman Catholic Church in West Virginia says he should not have redacted from his report to the Vatican the names of clergy, including himself, who received a portion of $350,000 in cash gifts from Bishop Michael Bransfield.

Archbishop William Lori oversaw a probe of alleged sexual and financial misconduct by Bransfield, who has denied wrongdoing. His team’s confidential findings in February prompted Bransfield’s ouster from ministry.

What Lori didn’t say in his final report to the Vatican in March is that he himself is among the high-ranking clergy who accepted these cash gifts.

The Washington Post reported that the before and after versions of the still-secret report to the Vatican show names of Lori and others removed.

With the Post asking questions, Lori revealed some details of the report in a letter Wednesday and followed up Friday with a video saying redacting the names was a mistake.

“If I had to do it over again, especially at a time when we are trying to create greater transparency and accountability, the report would have included the names of those bishops who received gifts, including my own,” Lori said in the video.

Lori and other clergy told the Post that they thought the gifts from Bransfield came from his personal funds — and that they had no idea he was getting reimbursed for each check with church money. Lori said he returned the $7,500 Bransfield gave him over the years and asked the diocese to donate it to Catholic Charities.

“Investigators found no evidence to suggest that there was any expectation of reciprocity in return for financial gifts from Bishop Bransfield,” Lori added.

Lori’s letter and video broadly outline the findings of the investigation, but The Washington Post’s report is far more detailed. It says the report concluded that in the 13 years Bransfield was bishop of the Wheeling-Charleston diocese, he spent $2.4 million in church money on travel, much of it personal, including chartered jet flights and luxury hotel stays.

It also found that Bransfield and several subordinates spent an average of nearly $1,000 a month on alcohol and that the diocese spent $4.6 million to renovate Bransfield’s church residence after a fire damaged a single bathroom.

Lori said in his video that the allegations of sexual misconduct by Bransfield with young adult men in subordinate positions were credible.

According to the Post, the report cites nine men who accused Bransfield of touching or groping them, kissing or exposing himself to them or commenting on their bodies. Bransfield abused alcohol, oxycodone, and other prescription drugs, which “likely contributed to his harassing and abusive behavior,” according to the report as quoted in Post.

The men have alleged that their complaints were falling on deaf ears within the church hierarchy, at a time when the Post reported that Bransfield was sending checks to a total of 137 clergymen, including two young priests he is accused of mistreating, and more than a dozen cardinals.

Some of the clergy, like Lori, have pledged to return the money in the wake of the investigation, the Post reported.

The Post also reported that church records show the West Virginia diocese reimbursed Bransfield by boosting his compensation to cover the value of the gifts, which raises legal questions. As a tax-exempt nonprofit, the diocese must use its money only for charitable purposes.

The Post said Bransfield briefly responded to its interview request, saying the allegations are aimed at destroying his reputation and that none of them are true.

The West Virginia diocese is one of the nation’s smallest and is unusually well-funded. According to the newspaper, it gets nearly $15 million a year in oil profits from land in Texas donated to it more than a century ago.