'Lord Save Us! Lord Help Us!' Powerful Earthquakes Strike Philippines, Operation Blessing Steps in to Help 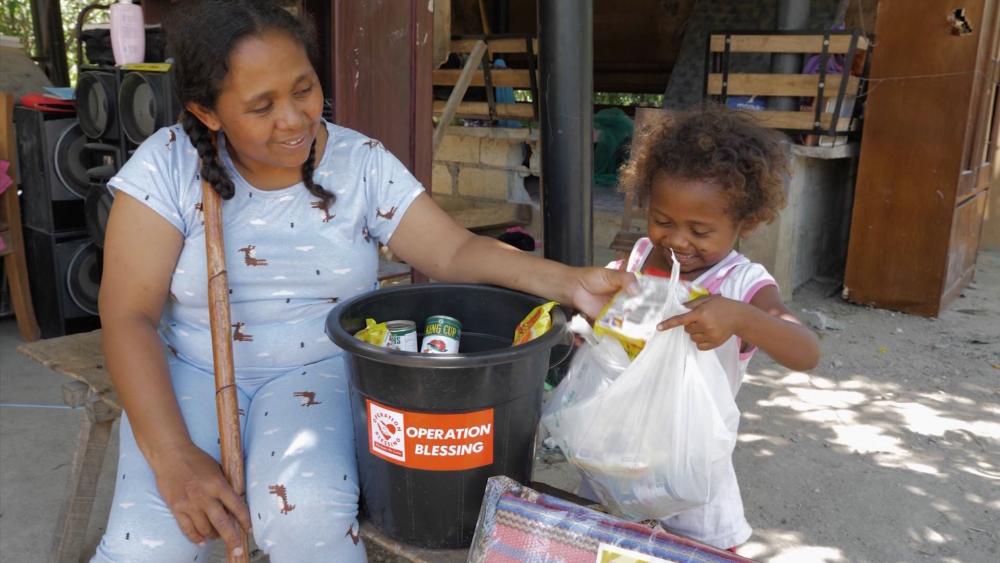 6034352281001
'Lord Save Us! Lord Help Us!' Powerful Earthquakes Strike Philippines, Operation Blessing Steps in to Help

PAMPANGA, Philipines - A series of recent earthquakes in the Philippines has left people there homeless and in need of help.

Maritess Romualdo shares that when a recent 6.1 magnitude earthquake struck, she quickly ran to her children to shield them from falling debris. In saving them, she suffered injuries as part of the ceiling fell on her.

At that moment she said she was shouting, "Lord save us! Lord help us!" She added, "At that point, there is no one to turn to for help but the Lord. Our house was the fruit of my husband's years of hard work abroad. Now it's gone. But despite the loss, I am still thankful because we are all alive."

Maritess is convinced that coming out of the rubble alive was a miracle. She did not have broken bones, only bruises, wounds and a sore back. It was only then that she knew she was pregnant! And she praises God for saving her baby as well.

Maritess is among 200 families whose houses were destroyed during the earthquake. They are now living in makeshift tents appealing for urgent aid. They need food, water, and other supplies.

They belong to an indigenous people group called Aetas. They live in the mountains where farming is their primary source of income. The earthquake forced most of them to abandon their farmlands.

Pastor Danny dela Cruz who is also an Aeta testified their root crops were destroyed because of deep cracks caused by the strong tremors. They are also afraid of landslides that can happen when another earthquake strikes again.

The Aetas are in desperate need of help. Given the mountainous region, help was slow. But their hopes lifted when an Operation Blessing Philippines team came to their villages with food, rice, and canned goods, mats and blankets.

Pastor Danny dela Cruz said their people are very thankful for the pails of blessings they received. He said, "Thank you Operation Blessing. You are the first to give us so much food and supplies."

Operation Blessing staff, Famela Eblacas explained, "We have several activities like singing and coloring where the children can express their feelings. Most of them are still afraid. We teach them that only Jesus can take away the fear in their hearts. He loves them and will never leave them." Maritess' daughter, Sheila Mae is happy to be able to join the activities. She said she is no longer afraid because she learned from the trauma counseling that God loves her and will never leave her.

Maritess is very grateful. She said, "Thank you Operation Blessing for all the help you gave to us. And for encouraging us to put our trust in God. I will not waste this second life He has given me."

More than 600 families in the Aeta villages received relief goods, prayer and also heard the gospel. Operation Blessing is going to more villages to distribute more food, water and other supplies to the earthquake survivors. They will also conduct Medical Missions in the coming days. 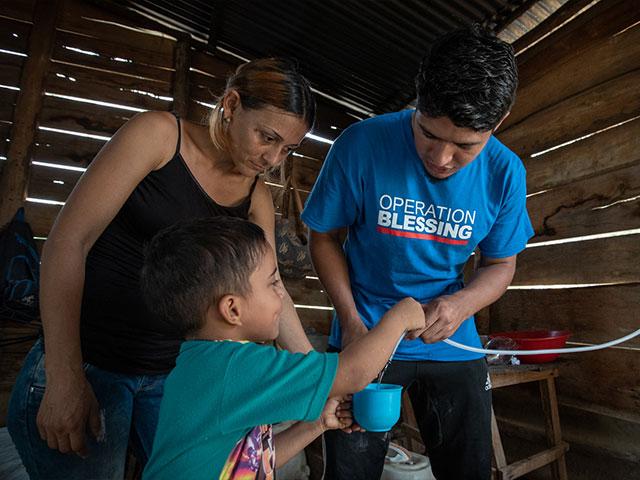