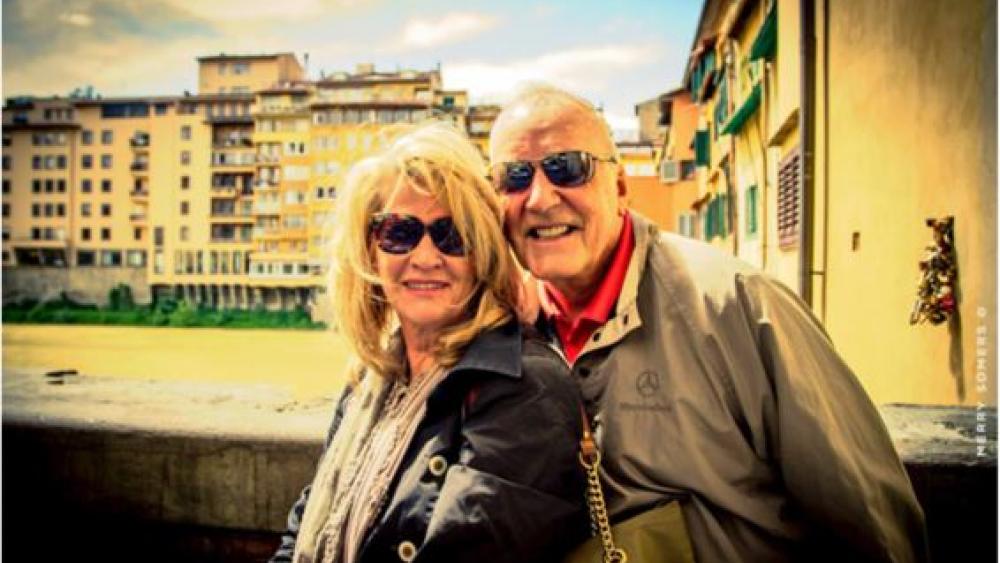 The International Christian Embassy Jerusalem Canada (ICEJ) has announced the passing of Richard L. Holbrook, the husband of Donna Holbrook, ICEJ Canada national executive director, at their home in Toronto, Canada. He had been battling lung and bone cancer for a short time.

The Holbrooks were married 40 years.

Holbrook served as ICEJ chairman of the board and treasurer for many years. He was an advisor and friend to all of the volunteers, staff, and supporters.

He was steadfast in his support for Donna and her work for ICEJ Canada and the inspiration and sponsorship of its television broadcast Inside Israel with ICEJ Canada.

According to a statement emailed to CBN News by the ICEJ: "Holbrook was a wonderful friend of Israel and the Jewish community in Canada. Over the years when he saw a need, he was quick to support it, such as Save a Child's Heart (SACH), initiating family programs for visiting Israel doctors and families trained in Toronto, and establishing the Sunnybrook TIA unit for heart and stroke emergency. His love for music/opera was demonstrated by founding the Holbrook Family University Scholarship for Opera Students and more."

Holbrook's lifelong expertise was as a financial advisor of corporate pension funds through his own partnership of Knight, Bain, Seath, and Holbrook.

The ICEJ has requested prayers for Donna, their daughter Meredith and for the entire Holbrook family.