The New, Best-Selling Book 'The Oracle' and a Mystery That Links an Ancient King with President Trump 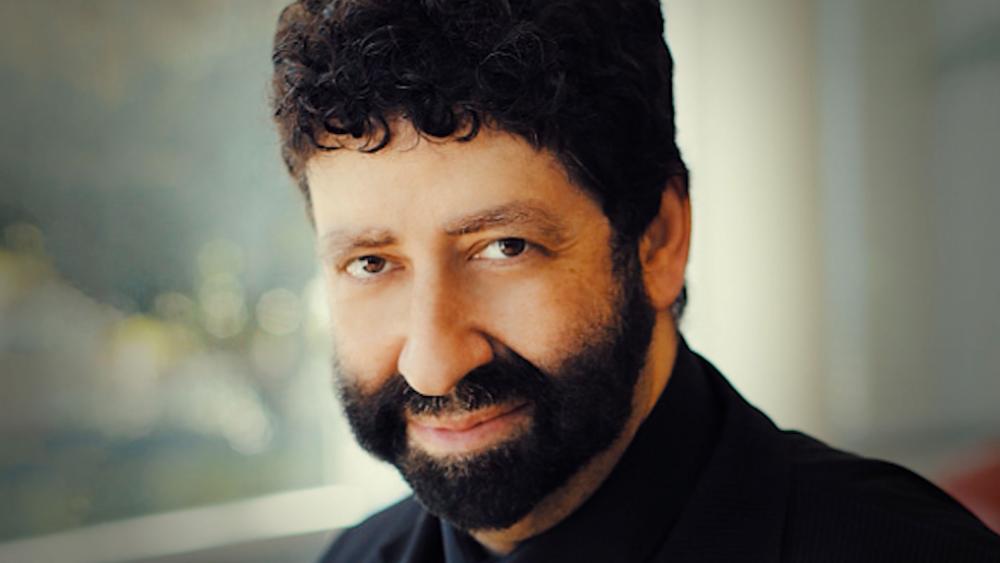 The revelations that would become "The Oracle" began coming to me at the end of 2017. They continued all the way up to the summer of 2019. In fact, they kept coming even after I handed in the manuscript. I actually had to get the manuscript back in order to add in the mystery of the ancient word that was appointed to be read—the day Donald Trump was born. I ended up with about 3,000 pages of notes, which I then had to convert into a book of less than 300 pages. The result was "The Oracle."

What is "The Oracle"? It's the revelation of a mystery so big, it encompasses everything from Moses to Mark Twain, from the prophet Ezekiel, to President Donald Trump—the mystery behind what was, what is now taking place and what is yet to come. And yet the mystery is so specific, that from biblical mysteries, it gives exact years, times, even specific dates when events are to take place. As in "The Harbinger," the facts and mysteries are revealed through a narrative, in this case, the opening up of seven doors. Behind each door lie many streams of mysteries.

In the space I have here, I can't even begin to open up those streams, but I can give a glimpse of one of the revelations – one that lies behind the fifth door. It is called "The Seventy-Year Mystery."

Before he even attained the presidency, there was talk among believers that Donald Trump was a type of "Cyrus," in that Cyrus was an example of a man, a leader, who didn't know God, and yet despite this, was used for the accomplishing of God's purposes. But the parallel, and the mystery, goes much deeper than that.

At the end of 2017, President Trump stunned the world by issuing the Jerusalem Declaration. In it, America became the first nation to recognize Jerusalem as belonging to the Jewish people and as the capital of Israel. It was the first time any leader of a major power had ever issued such a declaration—since ancient times!  In fact, to find the closest parallel to Trump's Jerusalem Declaration, one has to go back to the declaration of King Cyrus 2,500 years earlier.

The Bible records that Cyrus' declaration and the end of Israel's exile took place "after seventy years." So could the American president be following in the footsteps of the ancient king without even knowing it? Could he have likewise issued his proclamation according to the ancient biblical blueprint? Could he have done so at the end of a seventy-year period—seventy years crucial to the nation of Israel?

But that's not all. I was led to go deeper. When exactly did the seventy-year period begin? Israel was voted into existence after sunset on November 29, 1947. On the biblical calendar, it was Kislev 17. If we count seventy years from that day—to the first day that would constitute "after seventy years," it takes us to Kislev 18, 2017. When was it? It comes out to December 6, 2017—the exact day President Trump issued the Jerusalem Declaration—"after seventy years"—to the year, the month, the week—to the exact date!

Now fathom this: If we had known the mystery on the day Israel was voted back into existence, we could have declared that seventy years later, a man would rise to world power (in the year 2017) and would, before the year was over, issue a declaration concerning Jerusalem. And it all happened! And for that to happen, it means there had to have been a presidential election at the end of the year 2016—and Donald Trump had to win it—for the mystery of the seventy years to come to its conclusion.

This is just a glimpse of one of the mysteries revealed in "The Oracle." What does it tell us? The God of the Bible is alive and well, and the God of now. He is in charge of all things, even the rulers of this world, even the timing of presidential elections—and their outcome. How much more is He likewise in charge of every detail and moment of your life!

CLICK HERE to WATCH Jonathan Cahn's entire interview about "The Oracle" on The 700 Club.

Jonathan Cahn caused a worldwide stir with the release of "The Harbinger," "The Mystery of the Shemitah," "The Book of Mysteries," "The Paradigm" and now "The Oracle," an instant best-seller. He has spoken to Members of Congress on Capitol Hill and at the United Nations and has been called the prophetic voice of our generation. He leads Hope of the World ministries and the Beth Israel Worship Center in Wayne, New Jersey. Follow him on Facebook and learn more at HopeoftheWorld.org.

PURCHASE THE JONATHAN CAHN BUNDLE - An $80 for only $50 Available while supplies last.