Iran's Guard Says it Launched Satellite Amid US Tensions 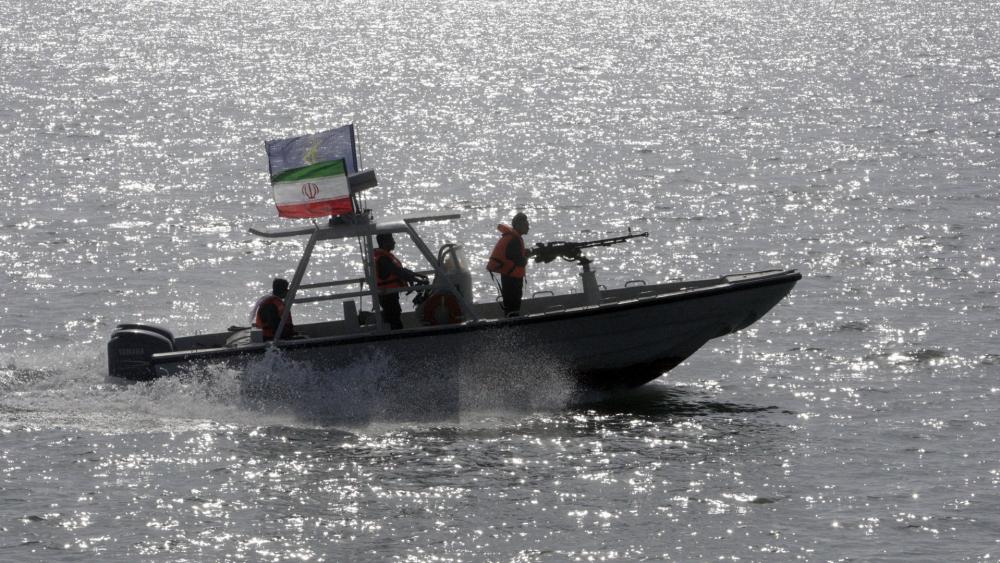 TEHRAN, Iran (AP) - Iran’s paramilitary Revolutionary Guard said on Wednesday that it launched a military satellite into orbit amid wider tensions with the United States, describing it as a successful launch after months of failures.

There was no immediate independent confirmation of the launch of the satellite, which the Guard called “Noor," or light. The U.S. State Department and the Pentagon, which contend that such launches advance Iran's ballistic missile program, did not immediately respond to a request for comment.

On its official website, the Guard said the satellite successfully reached an orbit of 425 kilometers (264 miles) above the Earth's surface. The Guard called it the first military satellite ever launched by Tehran.

The two-stage satellite launch took off from Iran’s Central Desert, the Guard said, without elaborating or saying when exactly the launch took place. The paramilitary force said it used a Ghased, or “Messenger,” satellite carrier to put the device into space, a previously unheard-of system.

The launch comes amid tensions between Tehran and Washington over its collapsing nuclear deal and after a U.S. drone strike in Iraq killed Guard Gen. Qassem Soleimani in January.

Iran has suffered several failed satellite launches in recent months. The latest came in February, when Iran failed to put its Zafar 1 communications satellite into orbit.

That failure came after two failed launches of the Payam and Doosti satellites last year, as well as a launchpad rocket explosion in August. A separate fire at the Imam Khomeini Space Center in February 2019 also killed three researchers, authorities said at the time.

The rocket explosion in August drew even the attention of President Donald Trump, who later tweeted what appeared to be a classified surveillance image of the launch failure. The successive failures raised suspicion of outside interference in Iran’s program, something Trump himself hinted at by tweeting at the time that the U.S. “was not involved in the catastrophic accident.”

Iran, which long has said it does not seek nuclear weapons, previously maintained its satellite launches and rocket tests do not have a military component. The Guard launching its own satellite now calls that into question.

Tehran also says it hasn’t violated a U.N. resolution on its ballistic missile program as it only “called upon” Iran not to conduct such tests. Western missile experts have also questioned the U.S. contention that Iran’s program could have a dual use for nuclear weapons.

Over the past decade, Iran has sent several short-lived satellites into orbit and in 2013 launched a monkey into space.

The launch comes amid heightened tensions between Iran and the U.S. since Trump unilaterally withdrew America from Tehran’s 2015 nuclear deal with world powers in May 2018. Iran since has broken all the deal's limitations while still allowing U.N. inspectors to its sites.

On Sunday, the Guard acknowledged it had a tense encounter with U.S. warships in the Persian Gulf last week, but alleged without offering evidence that American forces sparked the incident.

In the Guard’s telling, for which it released no evidence to support its allegations, its forces were conducting a drill and faced “the unprofessional and provocative actions of the United States and their indifference to warnings.” It said the Americans later withdrew.

Iran periodically announces major advances in its weapons capabilities that cannot be verified independently. Its armed forces are believed to have surface-to-surface missiles with a range of 2,000 kilometers, or 1,250 miles, that can reach Israel and U.S. bases in the Mideast.

Even as both face the same invisible enemy in the coronavirus pandemic, Iran and the United States remain locked in retaliatory pressure campaigns that now view the outbreak as just the latest battleground.

Initially overwhelmed, Tehran now seeks to sway international opinion on U.S. sanctions - imposed by the Trump administration after the U.S. president pulled America out of Tehran's nuclear deal with world powers - by highlighting its struggles with COVID-19, the illness caused by the virus. In Iran, the regional epicenter of the outbreak, the virus has killed more than 5,290 people, from among over 84,800 reported cases.