'I'm Taking You On a New Adventure': Why a Pastor Left a Thriving Church to Dig Wells in Africa 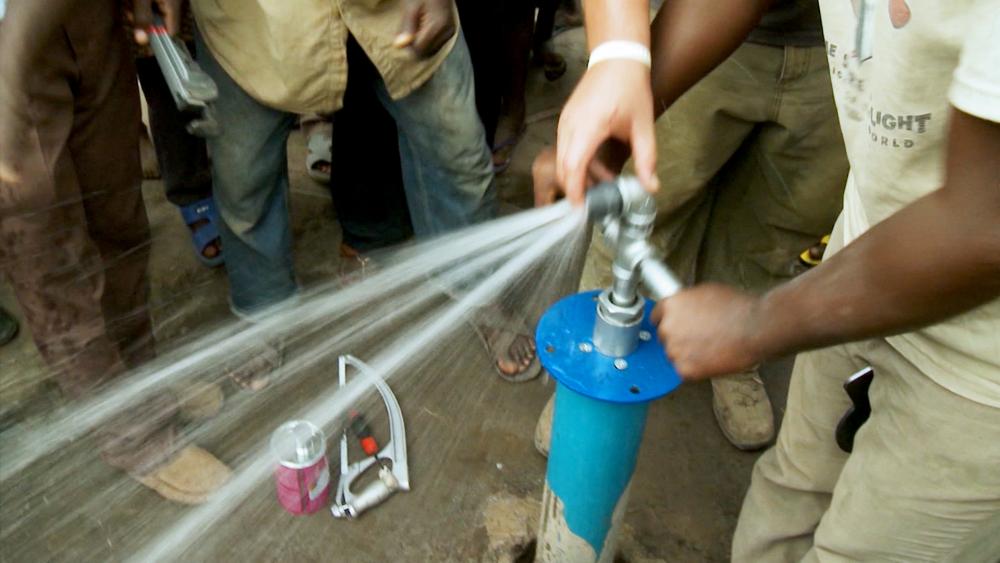 VIRGINIA BEACH, Va. – Michael Simone believes he was born to preach and he did just that for 26 years, mostly at Spring Branch Community Church in Virginia Beach. It's a church he helped grow from a few people meeting in a house, to more than 3,000 members. Then, one day he says he felt a tug on his heart and says the Lord whispered, "I'm going to take you somewhere else now, there's a new adventure."

That new adventure began with a chance meeting in Denmark with a man named Michele, a pastor from the West African nation of Togo.

"And I sat down on a little canal in Copenhagen and I didn't know what to say and I thought what would be a good question to ask this man – an ice-breaker – and I thought, ah, I have it, a really good American question, 'What is your dream?' And the next words that he spoke changed my life because he said, 'My dream is to save my village. Will you help me?'"

"His problem was people in his village were always sick, children were sick, animals were sick, everybody had intestinal parasites, they didn't have access to clean water so they couldn't grow their crops, so everything falls apart without the water," Simone explained.

A year later in 2010, Simone and a few others flew to Africa to dig a well for Pastor Michel's village but there was a problem.

"The God of Heaven Will Give Us Success"

"We got word back that a geological study was saying that there was no way we could get water at this village, because 40 feet, 50 feet down, you would hit granite rock that was so thick that unless you were going to drill through it there was no way you were going to get water. So I said to my team, we have this report and it says we're not going to get water but I'm still going. But you don't have to go if you don't want to. Everybody on the team said we're going!" Simone said.

On Sunday, about 500 villagers showed up for an outdoor church service.

All week long, they drilled but no water.

"And we got down to the last day, to the last half-hour of the day when we had to leave and go to the airport and take a plane back to the United States, and in the last few moments, they installed this special pump and then they capped it with a pumping device, a handle, and we all sat there and held our breath and they started pumping and as they started pumping, all of the sudden, water came flying out, it flew over everybody, the villagers were all excited and clapping and laughing and smiling it was like somebody just won the Super Bowl!" Michael exclaimed.

But it wasn't over. A year later, Michael went back to check on the village and visit his friend Michele, when his friend said, "We need big water."

The first well they dug was just for one village, but big water equals big money. "To do that project is a $60,000 project whereas to drill one well is a $2,000 project. Our church came together, we had one substantial large-donor gift, everybody else pitched in, {and} we raised $60,000," Simone said.

So Simone and his team went back.

"We drilled through the granite, straight down, we hit the big aquifer, it just exploded, the water exploded everywhere, we capped it, we built the tower, we bought the pipes. So all of the sudden 22 villages had water – immediate access to freshwater forever whereas before that it was just a dream," Simone said.

Simone thought he might be done. But then "Big Water 2" presented itself and he realized this was where God was calling him. So he started the Togo Network.

Simone says their mission to dig deep wells that can supply hundreds of villages has no end. Although temporarily on hold because of the COVID-19 pandemic, they're already looking forward to Big Water 3 and beyond.

"And God said, 'your last run is this, you're going to get water and health to people in West Africa because that's on my heart,'" Simon said.

Click HERE to learn more about the Togo Network.