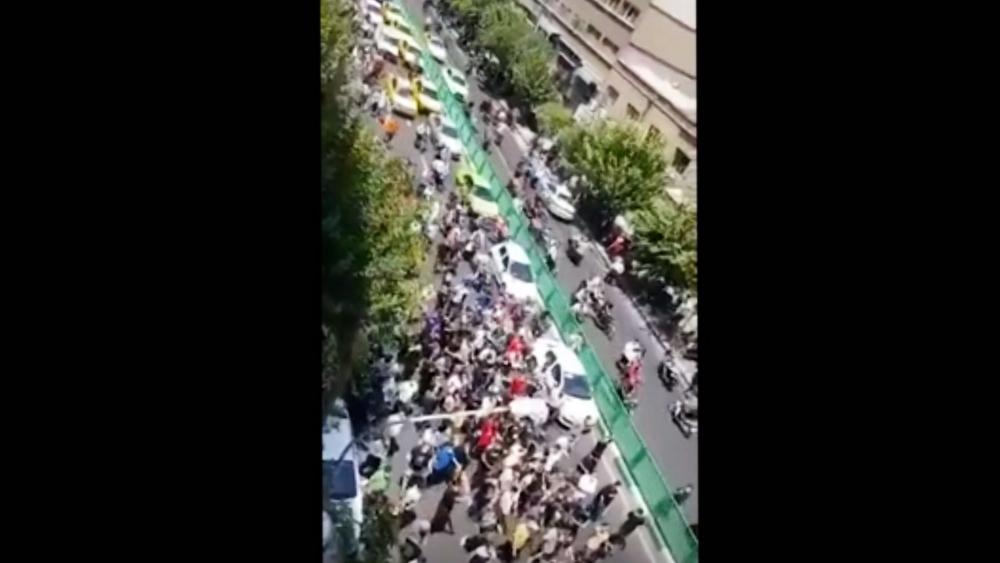 JERUSALEM, Israel – Massive protests in the Iranian province of Khuzestan spread to the nation's capital on Monday. The demonstrations, which have seen thousands of angry Iranians marching through the streets, began over a lack of water but have now grown to calls for regime change.

On Monday, dozens of Iranians marched down a major street in Tehran, calling on police to support them. The demonstrators dispersed peacefully, but several chanted: "Death to the dictator."

At least eight people have been killed amid protests over the water shortage in Iran's Khuzestan province, an oil-rich area of the country. Activists say the death toll is higher.

Iran has faced rolling blackouts for weeks, in part over what authorities say is a severe drought. Precipitation had dropped by almost 50% in the last year, leaving dams with little water supplies.

Please pay attention to the problems of IRAN. She is in a bad situation and the world has closed its eyes. Remember that they are the victims of HumanRights violations in Iran.#IranProtests#خوزستان pic.twitter.com/bNOs6AWmSH

Last week, thousands of angry Iranians marched through the streets, accusing the government of diverting water from their land as part of an ethnic war.

Faisal Maramazi, Executive Director of the Ahwazi Center for Human Rights, claims the Iranian government is using water “as a weapon” to forcibly migrate the Ahwazi people away from lands the government needs for oil and gas.

Maramazi calls the severe water shortage an environmental catastrophe. Today, there are thousands of dead fish, dry riverbeds and devastated farmland. One shepherd says his flocks won’t drink the sewage-filled water. For humans, it’s become a matter of life or death. One woman was seen trying to drink water from a puddle.

“An Awazi lady was telling the popular committee please don’t stop coming to our village. We are dying because there is no water,” said Maramazi. “Imagine in the 21st century Awazi people are nearly going to die because of the severe water crisis.”

In a violent crackdown, Iranian police are firing live ammunition, killing some protestors and injuring hundreds. Still, the protests continue.

“Awazi people have nothing to lose because everything [has] been taken from them,” Maramazi explained.

Outgoing president Hassan Rouhani dismissed the demonstrations, saying: "A few hundred people (protesters) are not the people of Khuzestan."

Other demonstrations have sprung up in Tehran’s metro, calling for the overthrow of the government and death to the dictator.

US Senator Marco Rubio (R-FL) tweeted, “The US should stand in support of the protesters instead of [negotiating] a deal with the evil regime in Tehran.”

That nuclear deal being renegotiated by the Biden administration would give the regime billions of dollars in sanctions relief in exchange for limits on its nuclear program. Some critics say the deal could clear the way for a nuclear Iran.

In what could be a significant development, posters online are calling on the country’s second-largest ethnic group, the Azeri people in the north, to join the protests.

“If the south Azerbaijani Turks come to the streets, everything will change in Iran and could collapse the Iranian regime in the nearest future,” said Maramazi.

It remains to be seen how far this movement will spread, and some remain skeptical of any regime collapse at this time. Meanwhile, in an ominous sign, the government has shut down the internet in the Ahwazi province. After that move with protests in 2019, the regime killed 1,500 demonstrators.