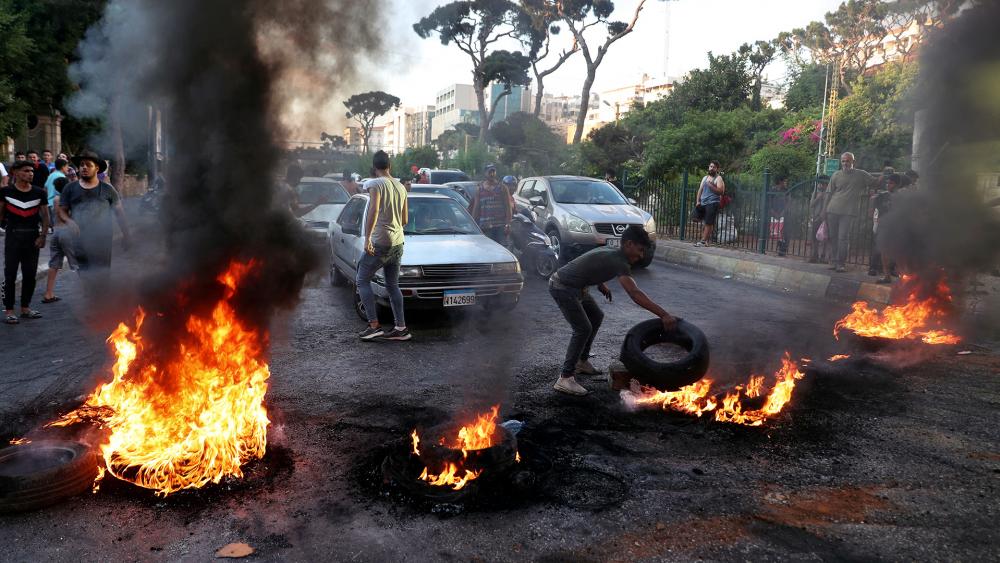 JERUSALEM, Israel - Lebanon, once known as the Switzerland of the Middle East, is now on the verge of economic and political collapse. It’s an event that could have disastrous consequences for Israel and the region.

Recently, Lebanese demonstrators blocked the main road to Beirut’s airport to protest the abysmal conditions inside their country.

"All the people are hungry, no one has anything to eat, no one can do anything, there is no electricity at homes, children need milk, and no one can afford to buy it. That's why we are here,” one demonstrator named Ali Sweid said.

It’s Lebanon’s worst crisis in decades. Lebanese have to wait hours in line for fuel if it’s available. Power blackouts occur daily, and many hospitals don’t have enough medicine. The currency crisis is so bad one US dollar equals about 15,000 Lebanese pounds, ten times what it used to be, and the national debt is 150% of its GDP. The country hasn’t had a functioning government for months.

Hassan Diab, Lebanon’s caretaker prime minister, made a desperate appeal to Middle East nations, the UN and the international community.

"To help save the Lebanese from death and prevent the demise of Lebanon,” Diab said. “Lebanon is a few days away from social explosion. The Lebanese are facing this dark fate alone."

“We have a very rich elite of all sects that it combines, there is a combination of money and control, political control and money and they are doing nothing to help their own people. They are deteriorating day by day till the situation that we have now,” she told CBN News.

Hezbollah and its leader, Hassan Nasrallah, are the dominant power in the country with the strongest military. Nasrallah wants Lebanon to shun the West and turn to Iran for help to rescue Lebanon.

Lebanon is still struggling with the catastrophic explosion in Beirut last August and the devastating impact of COVID on the country has contributed to bringing Lebanon to the brink.

Israel and the region now face a worst-case scenario – one where Lebanon falls into Iran’s hands.

Mizrahi warns without help from the West, Lebanon could become like Syria, a state now under the influence of Iran. If Lebanon does fall to the Islamic Republic, it could change the complexion of the Middle East.