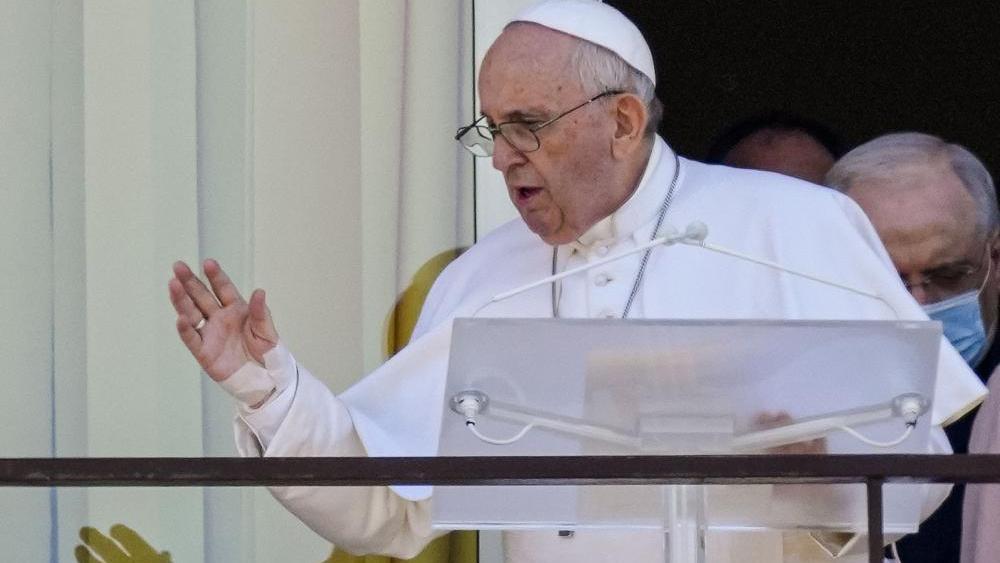 ROME (AP) — Pope Francis on Sunday made his first public appearance since major intestinal surgery last week, greeting well-wishers as he stood for 10 minutes on a hospital balcony, offering hearty thanks for all the prayers for his recovery and calling health care for all a “precious” good.

Francis, 84, has been steadily on the mend, according to the Vatican, following his July 4 scheduled surgery to remove a portion of his colon which had narrowed due to inflammation. But it hasn’t said just when he might be discharged. On the morning after his surgery, a Holy See spokesperson said his hospital stay was expected to last seven days, “barring complications.”

At first, the pontiff’s voice sounded on the weak side as he began his remarks after stepping onto a balcony outside his special suite at Gemelli Polyclinic at noon (1000 GMT; 6 a.m. EST).

That is the hour when traditionally he would have appeared from a window at the Vatican overlooking St. Peter’s Square. Exactly a week earlier, in his noon remarks, he had given no hint that in a few hours he would have entered the hospital for surgery that same night.

“I am happy to be able to keep the Sunday appointment,” this time at the hospital, the pope said. “I thank everyone. I very much felt your closeness and the support of your prayers,″ Francis said. “Thank you from my heart!” exclaimed the pontiff.

Standing on the balcony with him were some children who are also hospitalized at the polyclinic, a major Catholic teaching hospital on the outskirts of Rome. The crowd below clapped often, in encouragement.

Reading from prepared remarks, he kept one or both hands on a lectern for support, including when he raised an arm in blessing.

Francis described his hospitalization as an opportunity to understand “how important a good health service is, accessible to all, as it is in Italy and other countries.”

Although he stayed at a nonpublic hospital, Italy has a national public health service, and residents can often receive treatment at private hospitals, with the costs reimbursed by the government.

“We mustn’t lose this precious thing,” the pope said, adding his appreciation and encouragement for all the health care workers and personnel at hospitals.

As he usually does on Sundays, Francis spoke of current events and of issues close to his heart. In his balcony remarks, he reiterated his closeness to Haiti’s people, as he recalled the assassination last week of its president and the wounding of the first lady. Francis prayed that the people of Haiti could “start going down a path of peace and of harmony.”

The world’s environmental fragility has been a major theme of his papacy since it began in 2013. On Sunday, as countless people vacation at the shore, Francis urged them to look after “the health of seas and oceans.” “No plastic in the sea!” the pope pleaded.

Without citing specific issues, he also voiced hope that “Europe may be united in its founding values,” a possible reference to tensions between the European Union leaders and member Hungary over LGBTQ rights crackdowns. Francis noted that Sunday marked the feast of St. Benedict, patron saint of the continent.

Francis ended with his usual invitation to faithful.

“Don’t forget to pray for me,” drawing rousing applause. 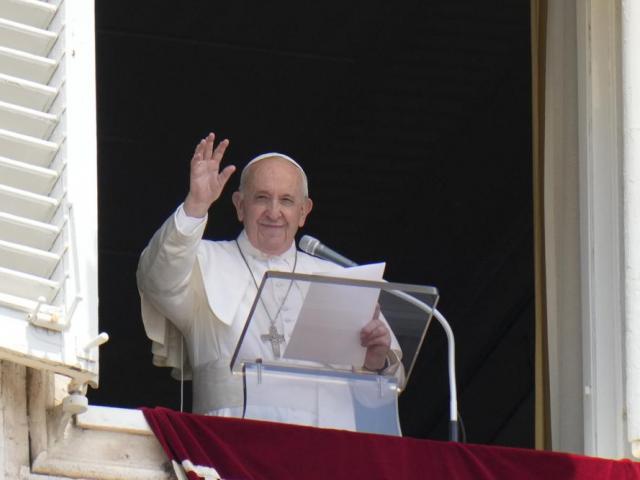