Manny Pacquiao Talks to CBN News About His Fight to Win the Philippine Presidency: 'God Has a Purpose for Me' 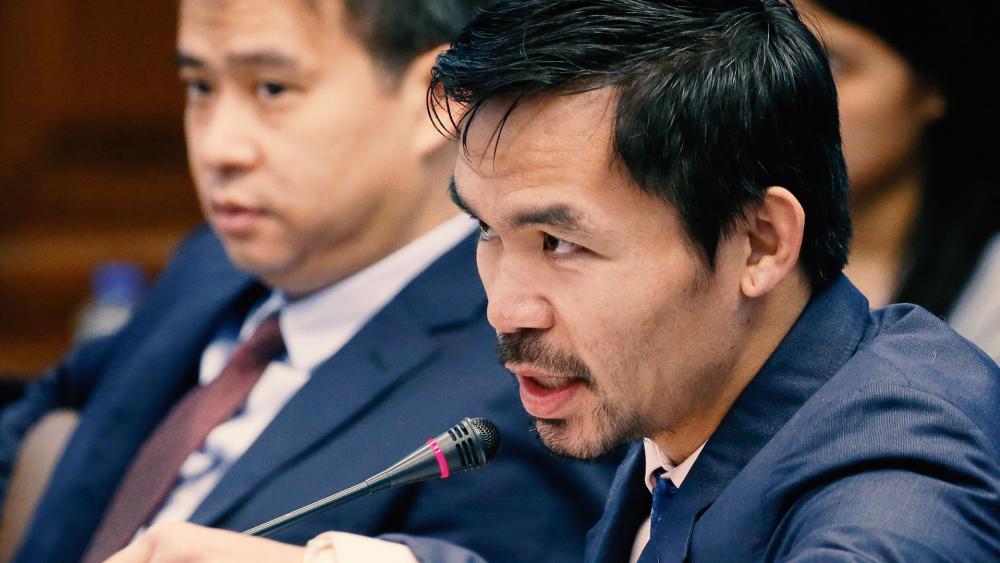 6275110601001
Manny Pacquiao Talks to CBN News About His Fight to Win the Philippine Presidency: 'God Has a Purpose for Me'

World boxing legend Manny Pacquiao has said goodbye to his boxing career, taking on an even bigger fight as he runs for the Philippine presidency in 2022.

"I just heard the final bell," were the words of the great boxing icon, Manny Pacquiao as he announced his retirement from his phenomenal boxing career. Over four decades, he became the only boxer to win 12 world titles in eight different divisions.

He thanked the boxing world for getting him and his family out of poverty and for inspiring many people.

Philippine President Rodrigo Duterte announced Saturday he no longer intends on running for vice president in next year’s elections and plans on retiring from politics when his term ends.

Pacquiao, who is currently a senator in the Philippines, has announced his candidacy for next year's presidential elections.

He spoke with CBN News about his decision and what compelled him to run for the presidency.

"I want to focus on a bigger fight in life which is serving the people, fighting against corruption and injustice," Pacquiao said.

Part of that corruption deals with $200 million in unaccounted-for aid that was meant to fight the pandemic. Pacquiao has questioned four government agencies for alleged misuse.

"I saw the situation of this country is really bad. People are suffering. What I saw is hopeless. Our people deserve a better future," Pacquiao said.

"I always believe God has a purpose for me. He raised me from nothing into something for a purpose. Not only giving inspiration to the people, but to help them and fight for them," he said.

What is his answer to people who say this is going to be very difficult as he fights against corrupt people who are in power?

"The most important thing is we glorify God in our daily lives."