With All Eyes on the Olympics, China Threatens House Churches 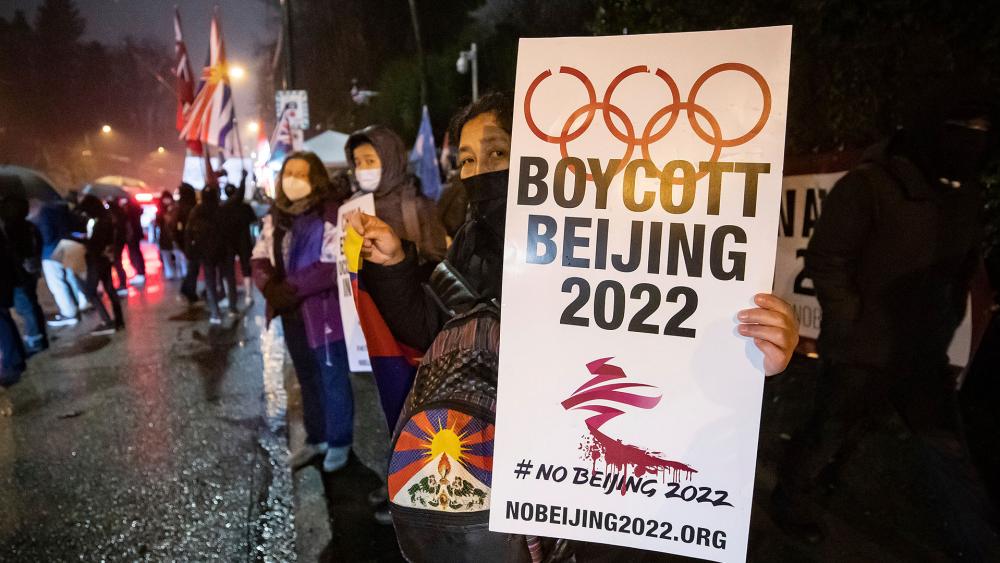 The upcoming Olympics in Beijing are putting a spotlight on China's human rights abuses, and rightfully so. Religious freedom conditions are continuing to deteriorate in China. Things were so bad for one house church, that they fled together to South Korea. Now, that same group of Chinese Christians could be repatriated.

This is the dangerous reality for the 60 members of the Shenzhen Holy Reformed Church, nicknamed the "Mayflower church." South Korea has chosen to deny these asylum-seekers, but they deserve a place in the land of the free and the home of the brave.

Chinese authorities targeted the church for extra surveillance. Soon, the church-run elementary school was evicted. It was devastating for parents in the church who simply wanted to educate their children with a Christian worldview.

Pastor Pan explained the situation to Radio Free Asia, saying, "Our church would educate our children about our religious beliefs, and the police would come along and force them to enroll in school so they could be brainwashed. They didn't want us to teach our children the Bible, and children are banned from attending church. This went against our faith and our consciences."

The church held a vote in 2019, the majority choosing to leave the country together to start over in a place that would afford them religious freedom. They fled together to Jeju Island in South Korea and applied for asylum. Sadly, South Korea -- a country that accepts almost no refugees -- has denied their asylum applications multiple times. Members of the group have appealed the decision to the highest court and were again rejected. Now, they have less than 14 days to leave the country.

Pastor Pan said, "I have been charged with subversion of state power, colluding with anti-China foreign forces and human trafficking. [That's because] I took these believers out of China, so now I'm suspected of trafficking or smuggling them. Just one of those charges would be enough to send me to jail for a very long time." Pastor Pan's friend, Pastor Wang Yi is currently serving a 9-year prison sentence for "subversion of state power" for his uncompromising and outspoken allegiance to God's Word. If he's forced to return to China, Pastor Pan could face something similar.

The hopes of the Mayflower church members were modest. They wanted to educate their children as they thought best -- incorporating biblical teachings -- and live peacefully with their families and attend their church. Yet, under the CCP, this is not guaranteed in China.

The Mayflower church no longer feels safe in South Korea, and that is not an unreasonable fear. Church members have received repeated calls from someone claiming to be from the local Chinese consulate, trying to entice them to come to the consulate. Multiple church members who remained in China were arrested and threatened by Chinese State Security agents accusing the church members who fled to South Korea of committing "treason." Now, without legal status in South Korea, the congregants will be largely vulnerable without state protection.

Chinese authorities can make the lives of people whose religious beliefs the government disapproves of very uncomfortable. I know from experience. Before the United States accepted me, I was a leader in a house church in China. I was forced to flee to Hong Kong before finally making it to America. This country has afforded me and my family the freedom and opportunity to flourish. Now, the Mayflower church needs the same refuge and generosity America has so often extended.

Pastor Pan and the church members have expressed a desire to come to the United States. The United States is well-positioned to help them. Will the State Department step up?

The Mayflower church has exhausted all options in South Korea. The State Department should admit Pastor Pan and his congregants as humanitarian parolees and offer them asylum in the United States. American churches and resettlement agencies are already prepared to help give this group a fresh start. The State Department's own annual religious freedom report details the CCP's brutal religious persecution; it's time for the U.S. government to act with that reality in mind and help this group of persecuted Christians while we have the chance.

As the Olympics approach, Chinese Communist Party leaders are proving why it should not be treated just like any other country. What reasonable or just society places so much pressure on a church that the congregation flees together? Instead of puff pieces on impressive Chinese architecture or achievements, NBC and other media coverage should ask serious questions about the human rights situation in China and the ability of average Chinese citizens to practice their faith. The world needs to know. I know there is a group of Chinese believers in South Korea that would love to tell their story.

Rev. Bob Fu, Ph.D. is Senior Fellow for International Religious Freedom at Family Research Council, where he brings his expertise on religious freedom in China to bear on present-day problems. Bob was a former student leader in China during the Tiananmen Square democracy movement in 1989.