1,400 Choose Christ During Franklin Graham's 'God Loves You' Tour in UK: 'Put Your Faith and Trust in Him' 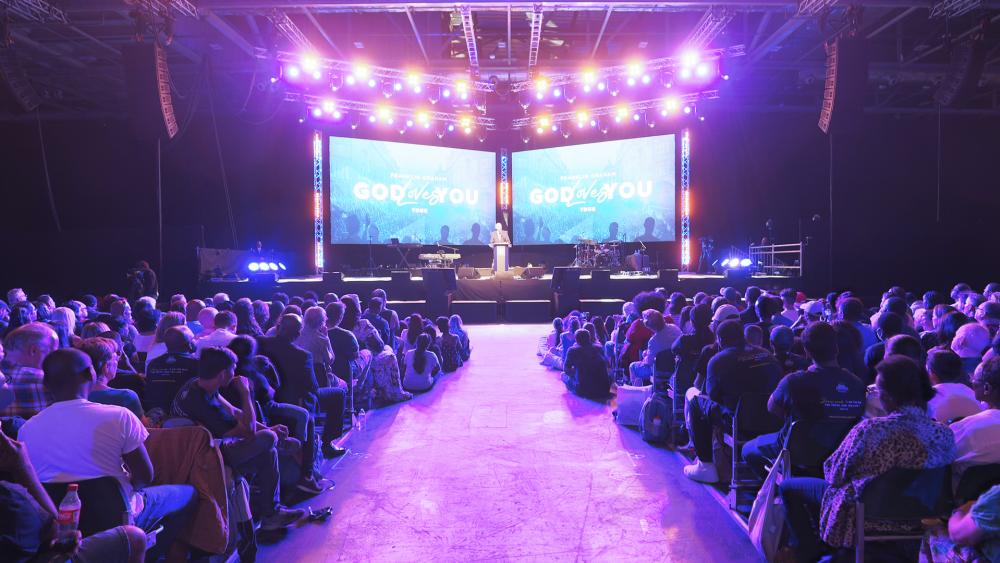 Evangelist Franklin Graham's "God Loves You" tour throughout the U.K. concluded on Saturday with thousands of people receiving a message about hope, peace, and having purpose in life.

Graham, president and CEO of the Billy Graham Evangelistic Association (BGEA) and the Samaritan's Purse humanitarian ministry, traveled to Liverpool, South Wales, Sheffield, and London to share the Good News of the Gospel of Jesus Christ.

More than 7,600 people came out to ExCeL London on Saturday to hear Graham speak about God's unwavering love for us.

"God sent His Son Jesus Christ to this earth on a rescue mission to save us from our sins," Graham told the crowd. "Jesus Christ died on a cross and He shed His blood to forgive our sins, and on the third day He rose again. He's not dead, He's alive and He's here at ExCeL tonight, and He will change your life if you put your faith and trust in Him."

Volunteers from over 3,000 churches across the United Kingdom and London worked together to make the God Loves You tour a success. 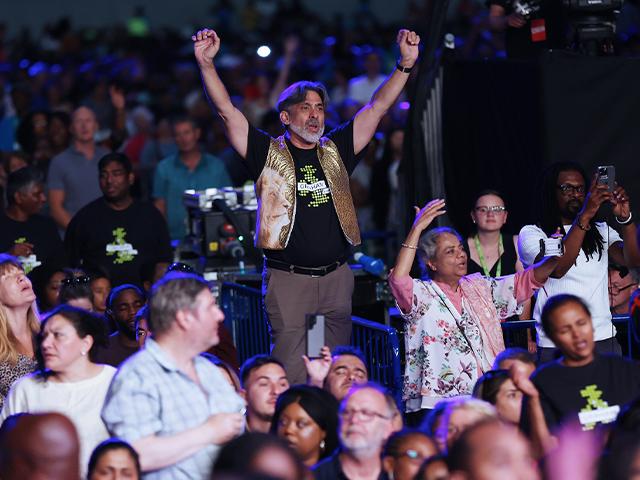 The event, which began in May, included praise, worship, and music from award-winning Christian artists CeCe Winans, Michael W. Smith, and Dennis Agajanian.

In all, more than 18,700 people attended the God Loves You Tour and 1,400 of them made decisions for Jesus Christ.

Those who came forward were connected with counselors and given resources to help them find a local church. Children were also among those who chose to surrender their lives to Jesus. They were given special books to walk them through what it means to be a Christian while explaining how much God loves them. 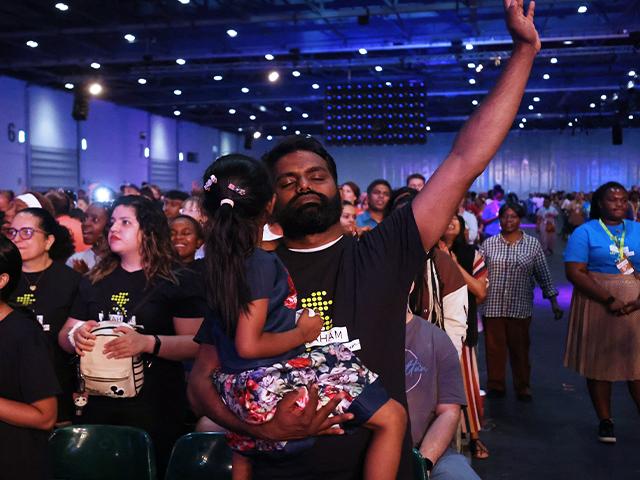 "The nation has been gripped with sorrow and the pain of loss. Many have lost hope and they are filled with anxiety and worry over the direction the world is heading," said Rev. James. "The answer can only be found in Jesus Christ."

Ahead of the God Loves You tour, Graham faced enormous pushback from LGBTQ activists and their allies over his biblical beliefs.

CBN News previously reported that anger has been directed toward Graham because of his convictions on traditional marriage and biblical sexuality.

There were protests over ads promoting the event and whether they should be displayed on buses throughout the city. Some even falsely accused Graham of being a "hate preacher."

In spite of efforts to prevent Graham from coming to the U.K., the evangelist remained focused on sharing the message of God's love for all people. 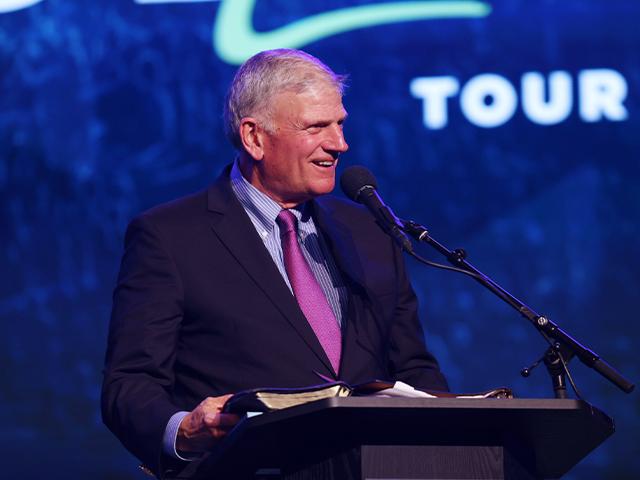 Franklin Graham's outreach in London took place 33 years after his father Billy Graham's final event in the city at Wembley Stadium in 1989. Over the course of three decades, Billy Graham preached the gospel to millions of people in London. 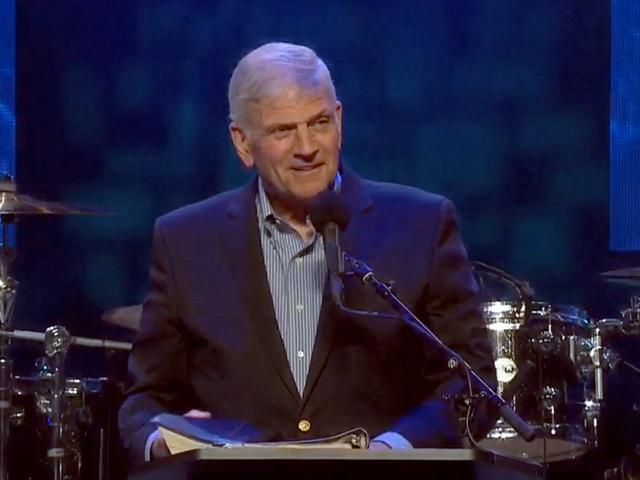 700 Choose Christ at Franklin Graham's 'God Loves You' Tour in UK: 'The Answer Can Only Be Found in Jesus' 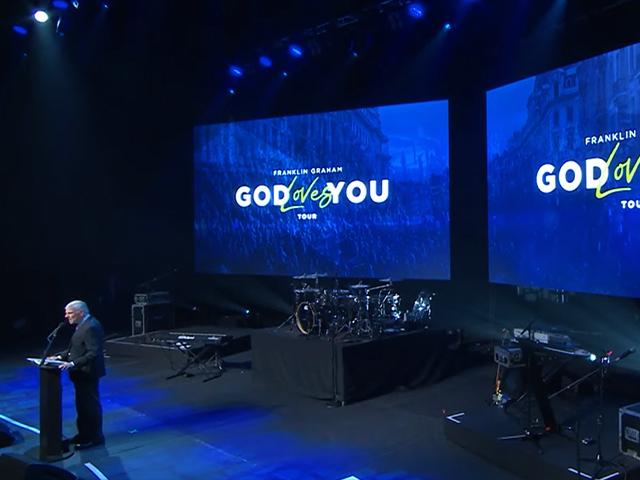 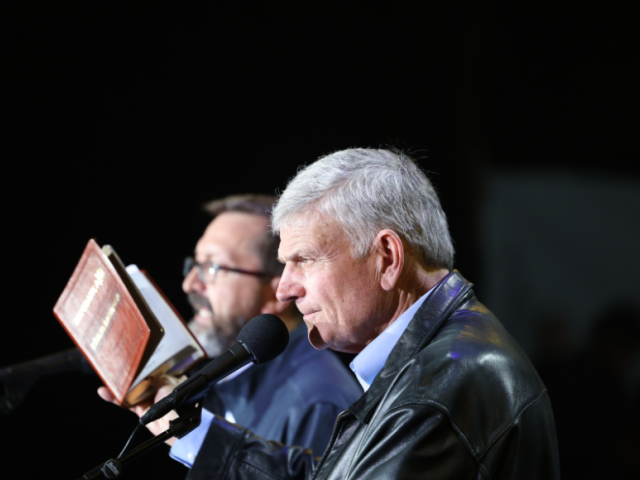