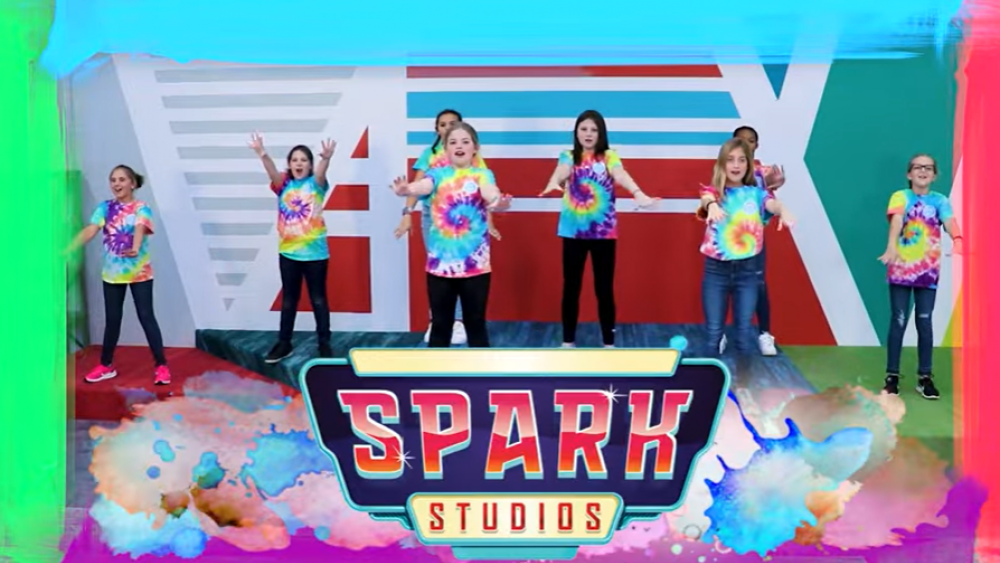 Sparks Studios was released on Dec. 3, 2021, and features six tracks. The theme song for this year's VBS theme comes from  Ephesians 2:10, "For we are his workmanship, created in Christ Jesus for good works, which God prepared ahead of time for us to do" (Christian Standard Bible).

Melita Thomas, Lifeway's VBS and kids ministry specialist, said it's encouraging to see the album reaching so many listeners.

"We're very proud of the role music plays in Lifeway's VBS as it's an intentional part of our strategy. You'll find the daily Bible verses embedded in the daily songs and the theme song often includes the theme verse in its entirety, which makes it easy for kids to memorize," Thomas said.

"More than just memorization, we want kids to internalize those truths as they listen to and sing the words over and over again. Music is such a powerful teaching tool and it has a way of sticking with you long after VBS is over," she continued. "We want the truths of Scripture to be cemented deep in a child's mind and heart so that they carry it with them for life. Music at VBS is not about learning and performing motions – it's about getting the truth of God's Word into the hearts and minds of children and their families."

According to Lifeway, previous VBS albums have also reached the top 20 spot in the Kids category on Billboard charts.

Lifeway's President Ben Mandrell tweeted his excitement over the news, saying, "We're talking about *all* kids albums here; not just a religious category. This is not the first time they have received this kind of recognition. I couldn't be more proud and grateful!"

Last week the @Lifeway VBS Spark Studios soundtrack hit the No. 1 spot on @AppleMusic. We’re talking about *all* kids albums here; not just a religious category. This is not the first time they have received this kind of recognition. I couldn’t be more proud and grateful! pic.twitter.com/go8Hi14juk

Paul Marino, who helped write and produce this year's album for Lifeway, told Baptist Press that the objective for VBS is to teach biblical principles with the music and allow it to resonate with them.

"It's a real honor to write this and to use if for God's kingdom," Marino said. "Music helps people memorize things, and melodies can stick in your head, sometimes for your whole life.

"This year's theme is different from many other years of our theme songs, but it gives it a new freshness and the kids really grabbed onto it."

The album remains in the top 20 on the Children's Music Top 100 chart.