Death of a Biblical Worldview in America: Most Parents of Young Children Don't Believe in Jesus for Salvation 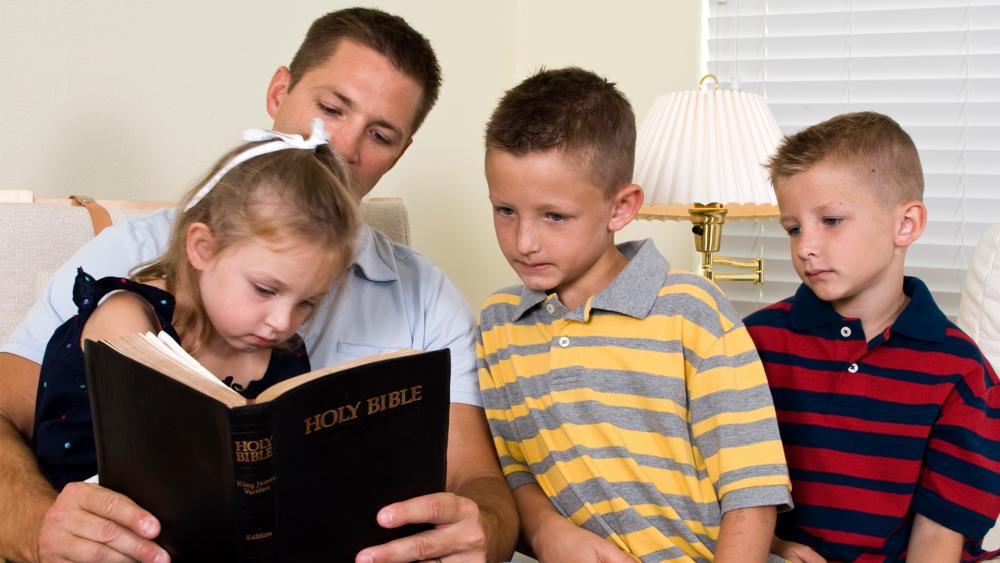 6306330382112
Death of a Biblical Worldview in America: Most Parents of Young Children Don't Believe in Jesus for Salvation

Millennial moms and dads aren't passing on a biblical worldview to their children, according to research conducted by Dr. George Barna at Arizona Christian University's Cultural Research Center.

"Most of the parents of young children in America, if they were to die today – probably would not wind up in heaven," said Dr. Barna.

It's a bold statement stemming from his study that suggests American parents are experiencing a worldview dilemma. It says the overwhelming majority of American parents today lack a biblical worldview and a robust faith that they can pass on to their children, which could dramatically hamper the spiritual development of the next generation.

"Most people die with the same worldview in essence that they had at the age of 13," Dr. Barna said.

Which is why Dr. Barna is concerned and stressing the importance of sharing a Christian worldview with children. The study found while 67% of American parents with pre-teens identify as Christian, only 2% possess a biblical worldview.

"One of the most important things we learned about parents with pre-teens, is that they don't believe the Bible is reliable or true, or relevant to their lives," said Dr. Barna. "They don't have the same view of God as given to us in the Bible. Five out of 6 of them are not born-again Christians, meaning they believe when they die and go to heaven – but only because they confessed their sins and accepted Jesus Christ as their savior."

The numbers also show only 1% of this parent group in Catholic, mainline Protestant, and black Protestant churches have a biblical worldview, compared to just 9% in evangelical, charismatic, and non-denominational churches. Dr. Barna says this trend has been on the decline for about 25-years now and it's getting down into the very low single digits with each succeeding adult generation. As millennial parents become the majority, Barna worries those numbers could get worse as they're seen as least likely to have and share a Christian lens.

"It's very sobering from a Christian perspective and Christian worldview but I'm not surprised," said Dr. Danny Huerta, vice president of Parenting and Youth at Focus on the Family. "Really, culture has done a great job of messaging the fact that – 'Hey, let's just live free and limitless.' We've created ultimately a consumer-focused culture."

The study points to several reasons for this result, including no-fault divorce, as well as the secularization of news, art, and entertainment. It adds that public schools and governmental laws foster a culture where wisdom and biblical truth have little room to grow.

"This is an opportunity, a wake-up call to the church, to make sure we're teaching the truth in scripture and going back to the principles and believing that everything the word of God says is true," said Dr. Huerta.

For parents who feel they're falling short in this area, Huerta recommends intentionally entering faith-based conversations with your kids, learning what biblical boundaries look like, and implementing them. He adds it's going to take practice.

"I wrote a book called 7 Traits of Effective Parenting that's based off of research on what a parent can focus on rather than control a child or take ownership for their child's behaviors – it's about influence and that begins with you," he said.

Despite the grim numbers and seemingly uphill battle parents face to implement and pass down a biblical worldview, Dr. Barna says he has hope it can be accomplished.

"Does that mean that Christianity is going to go away in American culture?" asked Dr. Barna. "And to make that argument, you would have to believe that God has given up on America. And yet the reality is we have a remnant of about 15 million adults across the country who possess a biblical worldview, and that's a huge remnant, so God could certainly use them to turn around this culture."