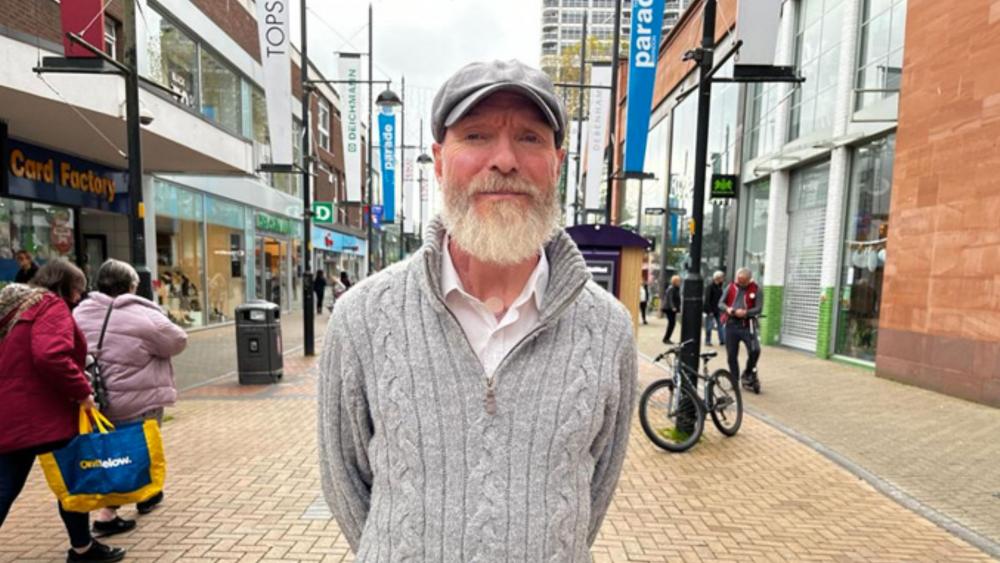 Prosecutors in the United Kingdom have dropped their case against a Christian street preacher who was arrested for alleged hate speech two years ago.

John Dunn, 55, a veteran of the British Army's Special Forces, had openly preached at the town's center for 15 years despite having lost his voice box following a battle with throat cancer.

The Swindon native was interviewed by the police for alleged 'homophobia' after preaching on Swindon High Street in November 2020.

As a Bible-believing Christian, Dunn often refers to Genesis 1 in the Bible's Old Testament as part of his message. He also includes being made in God's image, male and female, and marriage between one man and one woman being God's purpose and pattern for the good of society, according to persecution watchdog Christian Concern.

On Nov. 1. 2020, Dunn was preaching when two women walked past holding hands. Dunn said to the two: "I hope you are sisters." They replied that they were in a same-sex marriage.

In line with biblical beliefs on human sexuality, Dunn said out of genuine concern for the women that: "It says in the Bible that homosexuals will not inherit the kingdom of God," which is a verse from 1 Corinthians 6 in the New Testament.

Dunn insisted his intention and motivation was to declare God's truth out of love and compassion for people who were passing by and listening.

But the women reported Dunn to the police, describing his comments as "biblical speak." They also alleged that the preacher had shouted at them, despite his voice box, that "they will burn in hell," which he categorically denied saying.

Dunn later voluntarily went to a police station for an interview. At the station, he was told if he tried to leave he would be arrested under section 5 of the Public Order Act.

Under a U.K. law passed in 1986, a person is guilty of an offense if he or she uses threatening, abusive or insulting words or behavior, or disorderly behavior.

The Crown Prosecution Service (CPS) argued that he was guilty of hate speech because he had "offended" and "upset" a member of the public.

However, Christian Concern says the law only applies to defendants who use "threatening or abusive words or behavior, or disorderly behavior" and this must be "within the hearing or sight of a person likely to be caused harassment, alarm or distress thereby."

Attorneys with the Christian Legal Centre representing Dunn argued the prosecution breached his human rights under Articles 9 and 10 of the European Convention of Human Rights (ECHR) regarding freedom of thought, conscience, religion, and expression.

They said that very strong opinions must be protected, "even if these cross the sensibilities of the majority of the population."

The attorneys also argued Dunn merely conveyed concern for the women and "did not abuse the complainants. It is submitted that abuse involves the communication of an invective message to an individual. Simply conveying Biblical truth cannot so amount."

The U.K. government's lawyers, however, argued, their prosecution against Dunn was "necessary" and "proportionate."

"There are references in the Bible which are simply no longer appropriate in modern society and which would be deemed offensive if stated in public," the prosecutors told the court.

A second hearing had been scheduled for Nov. 13. At that hearing, Dunn could have been convicted and received a criminal record. However, the two women reportedly "refused to engage with the case after making the initial allegations," according to Christian Concern.

Andrea Williams, chief executive of the Christian Legal Centre, said in a statement that the CPS's approach to Dunn's case was troubling.

"John Dunn loves Jesus and cares passionately about sharing the Biblical truth that has transformed his life. Even without a voice box he still goes out telling people about Christ. And there are people who have found faith, whose lives have been changed and turned around because of John's preaching," Williams said.

"The approach of the CPS to this case, and the Bible in general, however, is deeply concerning. The Bible and its teachings are the foundation of our society and has provided many of the freedoms and protections that we still enjoy today. It is extraordinary that the prosecution, speaking on behalf of the state, could say that the Bible contains abusive words which, when spoken in public, constitute a criminal offense," she noted.

"The view from the CPS was that the Bible is offensive and contains illegal speech which should not be shared in public," Williams continued.

"'Offense' is an entirely subjective concept and is easily manipulated to shut down viewpoints that people simply don't like. Any suggestion that there is a right not to be offended must be strongly resisted. In today's democracy, we need the freedom to debate, challenge, and disagree," she concluded.

Dunn said he would continue to preach on the streets of Swindon.

"Before I became a Christian, I hated people, I served with the Special Forces and I made it my mission to learn how to best kill people, that was my job," he said. "But when I met Jesus Christ, he changed my heart, took away my hatred, and filled it with love. Jesus was the answer for me, and I believe the world needs to know and experience this hope. That is why I do what I do, to help everyone to find the light of Jesus out of the darkness we all live in." 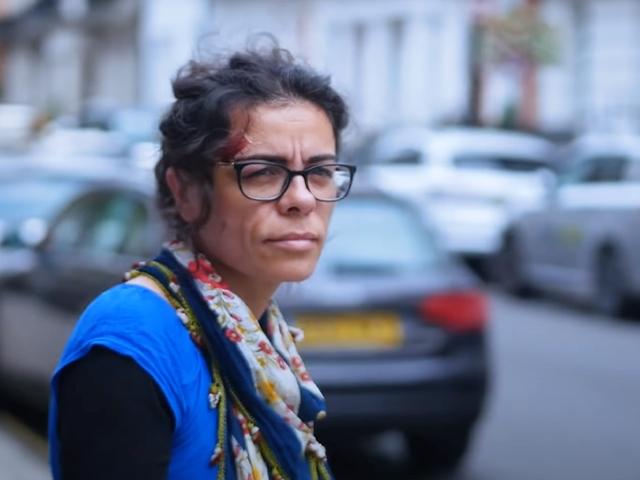 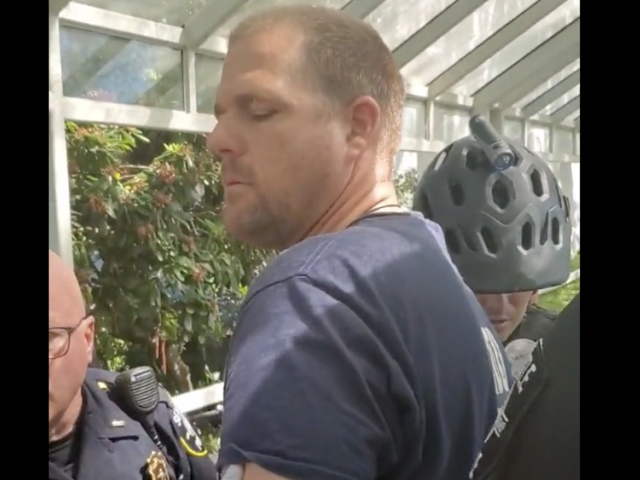 'I Forgive Them': Police Reportedly Arrest Street Preacher as He Shares Gospel During Pride Event 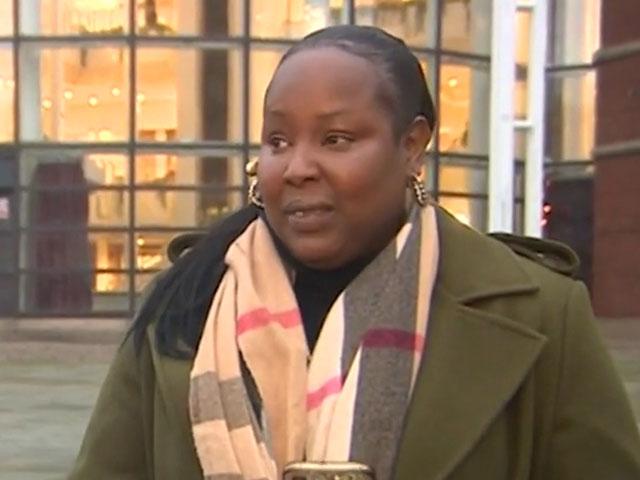 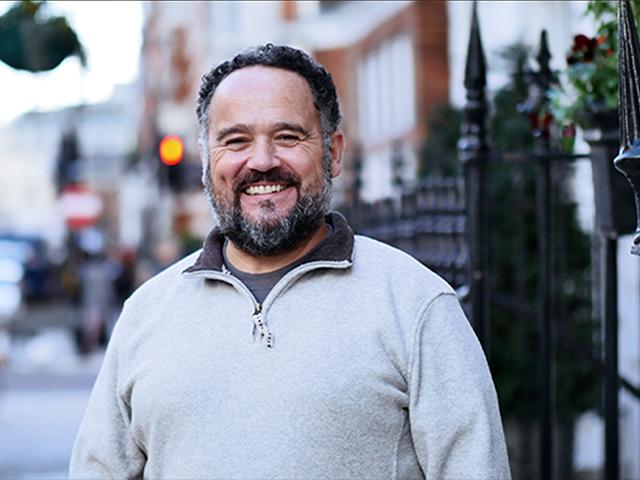