Estonian Christians Open Their Arms to Ukraine's Refugees: 'We Had No Electricity... I Doubt We'll Have Heat This Winter 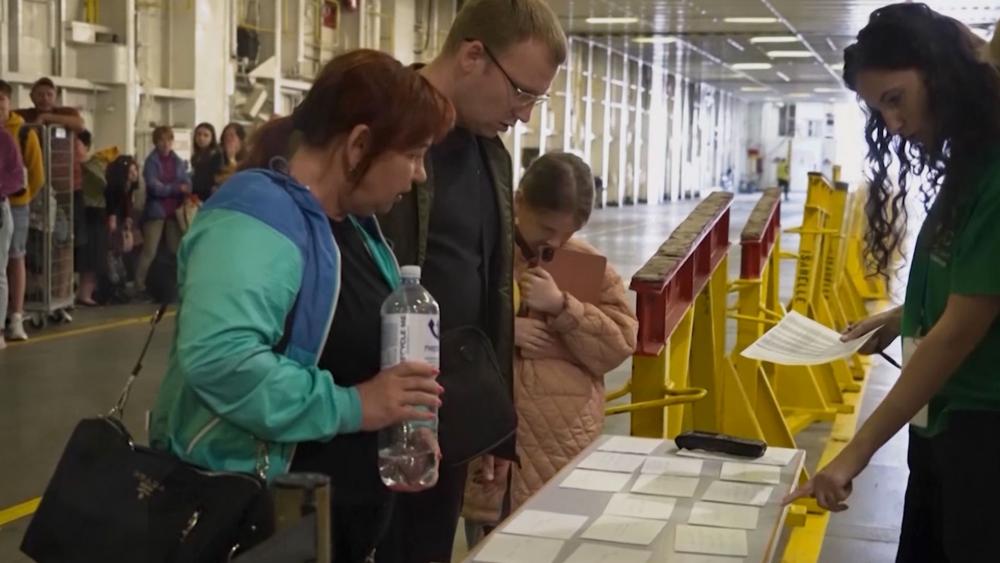 Ukrainian refugees (CBN News)
6312103398112
Estonian Christians Open Arms to Ukraine's Refugees: 'We Had No Electricity... I Doubt We'll Have Heat This Winter

TALLINN, Estonia – Ukrainians trapped in areas occupied by Russia are enduring terrible hardships, and many are now making their way through Russia to Baltic countries where Christians are stepping up to help.

More than seven million people have fled their homes as a result of the conflict in Ukraine –  the greatest mass migration since World War II. In the areas taken over by the Russian army, there is often little left of homes and infrastructure.

Ukrainian Nina Volodymyrivna told CBN News, "Suddenly I heard an explosion, and my doors were blown out. I felt a little draft and took a torch to find out what it was. I saw the door was missing, and all the windows on the balcony were broken."

Many of these residents felt stuck, without documents or resources to leave. Now, many are leaving anyway to escape the coming winter, and to do so they must traverse the country of their enemy – Russia.

CBN News visited the 15th Century Ivangorod fortress in Estonia right along the boundary with Russia. This spot also marks the end of a very long and stressful journey for hundreds of thousands of Ukrainians who have made the trek from all the way in the south of Crimea, more than 1,500 miles to this bridge where they enter the European Union.

There's a cruise ship here in Tallinn's harbor that now serves as a temporary home to 2,000 Ukrainians. While the Estonian government is helping with a small stipend and other social programs, it's still a tough transition.

Ukrainian refugee Marina Nosylenko told us, "It's hard on the children. That's why we try to keep everything positive, to not talk about it. As if everything is fine, as if we just changed our place of residence."

Cramped conditions onboard the ship are nothing compared to what these Ukrainians endured to get here.

Refugee Viktoria Kovalevska explained, "They surrounded me with their weapons and said, 'You do not get to choose where you will go.  We choose.'  And I said, 'Sorry, but we are not cattle, we are humans. We have the right to know where you are taking us.'"

This tiny Baltic nation has taken in more than 50,000 Ukrainian refugees since the beginning of the war.

"I think there was some apprehension about that early on, that, 'Oh, we're going to deal with a huge influx of people,' and it has been, about 3-4 percent of the population that has come to Estonia as refugees," Estonian lawyer Alex Lamoval said. "You know, for context, that's about 10 million people in the United States.

A 79-year-old refugee named Zoya told us she never traveled more than a few miles from her home in Mariupol before it was bombed by the Russians.

"Now we have nowhere else to go. What's worse, we had no electricity, no gas, and I doubt we'll have heat this winter," she said.

After Zoya arrived here with little more than the clothes on her back, local church members volunteered to take her in.

Lamoval said, "The people at our church wanted to see if anybody would be able to help her out, and put her up for a couple of nights and we figured we might as well do that."

"I am so grateful for this family," Zoya said. "How can they treat me so well when we aren't even family? We did not ask for Russia to save us. Maybe five percent of the people in Mariupol supported the Russians, but you'd have to be on drugs to look at these blackened, bombed-out buildings and think that is what it looks like to be saved."

Ukrainians aren't the only ones crossing into Estonia in search of a better future. There are thousands of Russians here as well.

Sasha, a Russian immigrant to Estonia, said, "I immigrated from Russia in 2015, and one of the reasons was that I felt I am growing up living in the country of an aggressor."

"I know a lot of people around me as well want to make this move and, with this war, you can feel that people want to immigrate, and now they are trying to make it in kind of emergency kind of way, fleeing to Turkey or to any country which is visa free for Russians," Sasha said.

Yuri, a Belarussian immigrant, said, "I think this war should not have happened. We just broke into our neighbors and started killing them for no reason. These things should not happen in the 21st Century."