Sprinter English Gardner Shares How Her Faith Propelled Her Success 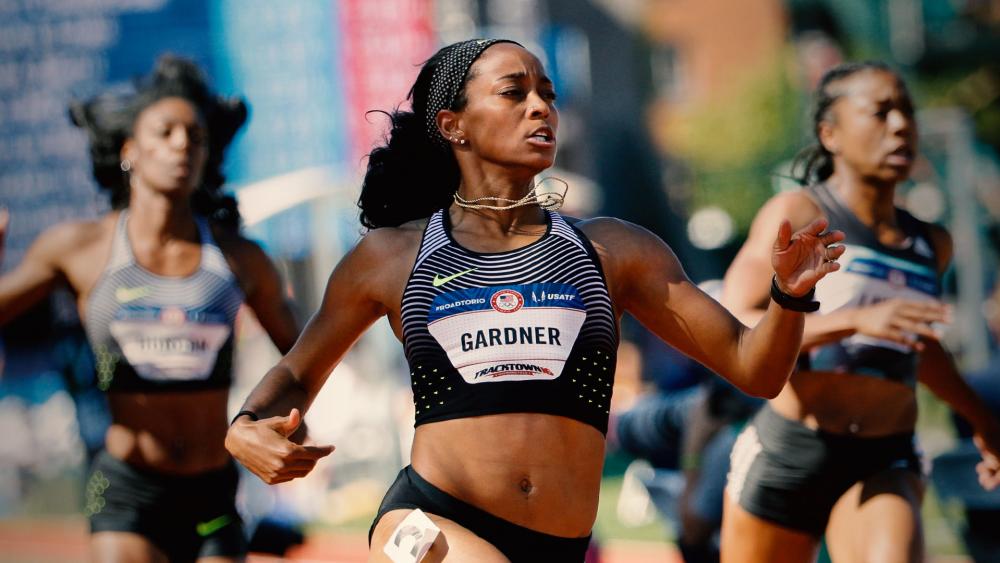 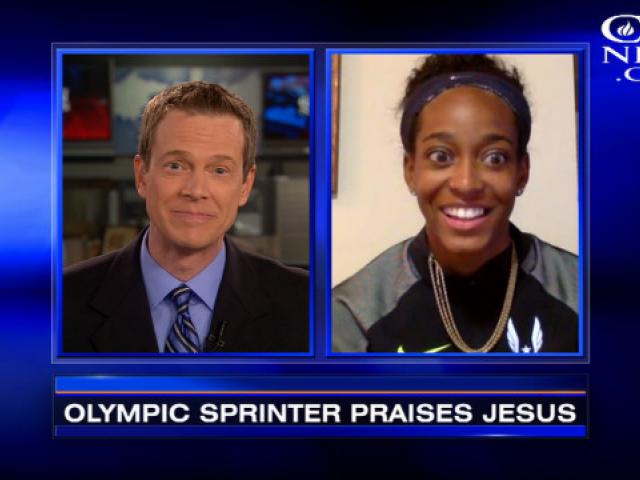 Amazing Comeback: Sprinter Praises Jesus after Qualifying for the Olympics

She was told she may never run again. But sprinter English Gardner instead qualified for the Olympics after becoming the fourth-fastest American in history and now the second fastest runner in the world.

Gardner ended up leaving the Rio summer Olympics with a gold medal in the women's 4 x 100m relay.

Gardner won the 100-meter dash at the U.S. Olympic Track and Field Trials in Oregon in record-time.

According to NBC, her time would have won every Olympic game ever held other than in 1988 when Florence Griffith-Joyner ran 10.62.

When Gardner crossed the finish line she was overwhelmed and immediately started praising Jesus.

The video of her record-setting race has more than 1 million views and 15,000 likes along with 800 comments.

A recent article by Sports Illustrated shared the beginning of her running story, specifically a memory from Gardner when she told world elite runner, Lauryn Williams, "I'm gonna take your job someday."

BREAK THROUGH! Sometimes all you have to do is push forth.... The obstacle may be there ..but is not strong enough to stop your blessings ...there's nothing to hard for my God ! GOD BLESS ! Happy Sunday #winwithme #nolimits

Now Gardner is finally in Rio and ready to compete, but her path there has been a long and enduring one.

After watching her mother, Monica, almost die from stage three breast cancer, and being homeless, Gardner has seen her fair share of hardships.

During her mother's trial with cancer, Gardner's father was working long hours to pay the bills, so she took it upon herself to care for her mom and her two younger siblings.

She never thought to do anything less for her mother - who has always believed in her.  Saying before she was born that English would "touch the world."

Amidst all the sadness and trials in her personal life, Gardner was able to rely on the track as her sanctuary.

More hardships came in 2008 when she underwent knee surgery after tearing her right ACL, MCL and lateral meniscus in a flag football game and every college recruiting her withdrew their scholarship offers after the injury, except for the University of Oregon.

Assistant coach, Robert Johnson took a redeye flight to New Jersey to meet the Gardner family and prove how serious he was about recruiting her, that's when she decided to give it a shot.

Oregon took home three consecutive NCAA Indoor championships with English (2010–12) and finished second at Outdoor four times (2009–12).  After her success in college, English decided to take on the 2012 summer Olympics in London.

She thought her dream was coming to an end when she ended up placing seventh in the 100-meter dash finals in the 2012 Olympic trials.

With the 2016 Olympics in mind, Gardner decided to move to Los Angeles and train with a different coach, who has carried her through to Rio.

He advised her to pour her heart into track, promising that she would see the return on her investment.

"You just have to date track, and if you can just be in a relationship - mentally, physically, and spiritually - with this sport, it will love you back," he said.

Her father inspired her to not give up on the 2016 trials - telling her this time it'd be different.

Gardner at times would get frustrated with her dad as he pushed her to be better saying, "I know what you are looking for and I don't have it right now."

Her father still encouraged her saying, "Yeah you do. And I'm gonna pull it out of you."

So, encouraged to face her fears and overcome, Gardner crossed the finish line with a shattering record.

"I cried my eyes out and came to the realization that I never wanted to feel that feeling again. And so when I crossed the line and saw the results, I didn't really care if I came in first, second or third, I was just excited that I made the team," Gardner said.

Gardner told CBN's Mark Martin a month ago that making the Olympic team has been a surreal moment. She hasn't been able to wrap her mind around it yet.

But she says her faith is what has seen her through her rocky journey to winning, saying that people can relate to stories like her own.

"I think that's what Christianity is all about, going through the highs and lows with God and experiencing everything that he has to offer and being able to share your story because people relate to stories," she said.

Gardner said that you can throw out different verses, but stories have real impact on people.

"If you can tell them a story, you can let them know, 'I've been here, this is what it felt like for me. I can relate to every feeling that you have, I can say that I've been at the lowest point,' people relate to that," she said.

Before Gardner entered the race July 3, she told The Oregonian that she gained confidence by focusing on stories from the Bible.

The one character Gardner says she related to the most was Noah.

"The person I felt like I grasped to the most was Noah. I felt as though year after year, I watched people have what I wanted … for me I didn't want that to happen anymore," she said.

A lion never approaches his prey passively ..... But he attacks with Confidence and Precision.... Be Ferocious Unleash your caged lion take what's yours! #winwithme