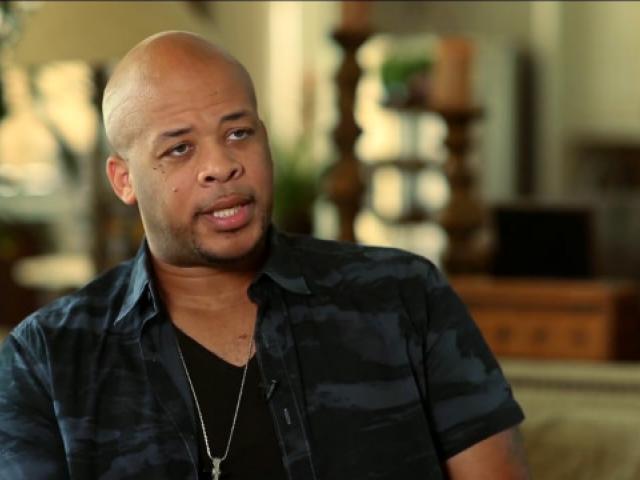 Gospel music fans know James Fortune as chart-topping recording artist, singer and songwriter. But for several years, his music career has taken a back seat to charges of domestic violence.

The incident happened at his home in October of 2014, but in March of this year, Fortune faced a judge and pleaded guilty to assaulting his wife Cheryl Fortune.

The Past Few Years

In an exclusive interview with CBN News, the singer is opening up for the first time about what unfolded in his home in 2014, and what's followed in the last nearly two years of his life.

Fortune is a preacher's kid from Houston, Texas. He has recorded seven albums, earned two Grammy nominations, and performed for packed crowds around the world.

"This was something that was difficult for me," Fortune shared.

"A lot of people were saying don't talk about it, kind of just let it go. Let people forget about it and move on and kind of move on with your life. But as I was praying, my spirit, that didn't sit well with me," he recalled.

"God was like, I want you to share your story because domestic violence is something the Church doesn't talk about," Fortune said.

"I am basically stretching out and saying, you know what, I was a perpetrator of domestic violence. I was an abuser in more ways that one. But I believe that is how God is healing me," he told CBN News' Efrem Graham.

Fortune is more than believing and praying for healing. He is working at it. Since the 2014 assault, he has been in therapy and allowed our cameras to follow him to a meeting.

"I've learned a lot more now since I have been in therapy for almost 18 months," he said.

"I was a perpetrator of domestic violence. I was an abuser. I thought domestic violence was just if you hit your wife, you slap your wife. But I found out there are 18 forms of abuse and only one of them is physical," he explained.

"So, it didn't start with physical. That night, that is what caused me to be arrested obviously. But there were other forms of abuse that I was a perpetrator of, intimidation," Fortune added.

He's still working to complete his 175 hours of community service. But he has served the five-day jail term.

"One thing I will say is that God allowed me to understand I am only in here because of my bad decision. My own choices. It is nobody else's fault," he said.

Fortune's wife Cheryl isn't speaking publicly but issued this statement to him in court: "I hope in all of this you get help. Serious help. Although this probation might be like a slap on the wrist, I hope you look at it as a moment to better yourself and change something within you for your future."

He and Cheryl are legally separated and moving forward with a divorce. Legally, they can have no contact with each other for the next five years. He spent six months separated from his four children.

The pain of losing his family is what's been the most difficult for Fortune.

"For me, the most difficult part is the separation from my family, even my children to not know exactly why their father is not around as much as he used to be," he said.  "trying to explain that to them and them know that I just made a horrible choice. I just made a terrible decision."

"And even for Cheryl. One of the things I learned is that I can't make her forgive me or ever trust me again, because even that is a control thing. Domestic violence is about power and control," he added.

Sitting down to talk about this process was a big step for Fortune. He could not have imagined sitting down for this interview two years ago.

In fact, there was a time he contemplated suicide.

"There was a time when I didn't think I would get to this place to feel the way I feel now. It was a place where there seemed like there was no light at the end of the tunnel," Fortune recalled. "It seemed like all hope was lost. And it wasn't anyone else fault but my own."

"And I started just feeling so guilty for what I had did, bad choices that I had made in my life and I just didn't feel like I had anything to live for," he said. "And so, at that point that I was going to take a whole bottle of those Xanax pills and just go to sleep."

Fortune says prayer kept him from taking that bottle.

"So many people were letting me know that, 'James it's not over. It's not the end.' Many pastors and many Christian leaders around the country and around the world were reaching out to me," he said.

"For me, personally, it was remembering my grandmother's prayers, praying for me as a boy," he continued. "And God kind of told me something. He said, 'James, prayers don't expire. Some of those prayers that your grandmother and your father and mother were praying for you, those prayers are still keeping you, even a situation where you don't feel like you shouldn't be kept.'"

"It started out rough. Yeah, I was suicidal. I didn't think I had anything to live for. I didn't think my life had any more purpose. I am like it is over," he said. "But to see how God is able to keep me, every day. I just kept going to sleep and waking up, believing that change was going to come."

During that time, Fortune recorded the song "Prayer Saved My Life" .

"So the process has been something that I would say was necessary," Fortune said.

There's still more work ahead for James Fortune and his family. That is his priority now. And at some point, he hopes to be ready to return to recording.