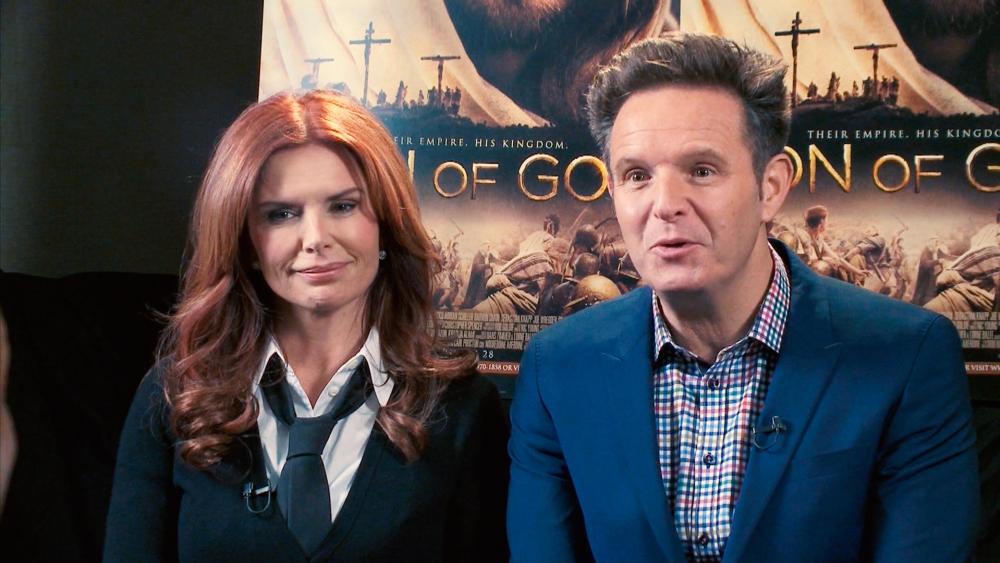 Actress Roma Downey and her husband, producer Mark Burnett, are set to launch a new family and faith TV network.

"Light TV" will start next month on more than a dozen major broadcast networks, including in New York, Los Angeles, and Chicago.

The network was created by Downey's LightWorkers Media and will now partner with MGM films and Fox to provide wholesome family and faith-based films and TV series.

"This is the beginning of our new, multi-platform faith and family network, where the demand is greater than ever for family-friendly entertainment," Downey told Variety Magazine.

"This is the last unclaimed vertical," she said. "As we have already seen from the success of 'The Bible' series and our 20 million social followers, this audience is looking for inspiring and uplifting programming that they can watch in a trusted and safe environment on any platform."

Burnett added that the new network will aim to become the "ideal platform to reach the enormously underserved family audience."

The 24-hour network will feature shows and films from the MGM library, ranging from the Fox game show "Are You Smarter than a 5th Grader" to the NBC Drama "Highway to Heaven."

Films like "Rocky," "Hoosiers," "Red River," "Little Man Tate," "The Nutcracker," "Lilies of the Field," "Chitty Chitty Bang Bang," "The Black Stallion," "All Dogs Go to Heaven," "Pink Panther," "Fame" and "Mr. Mom" will also be featured on the network.