'I Screamed and Wept:' Alarm Over Netflix Series About Teen Suicide 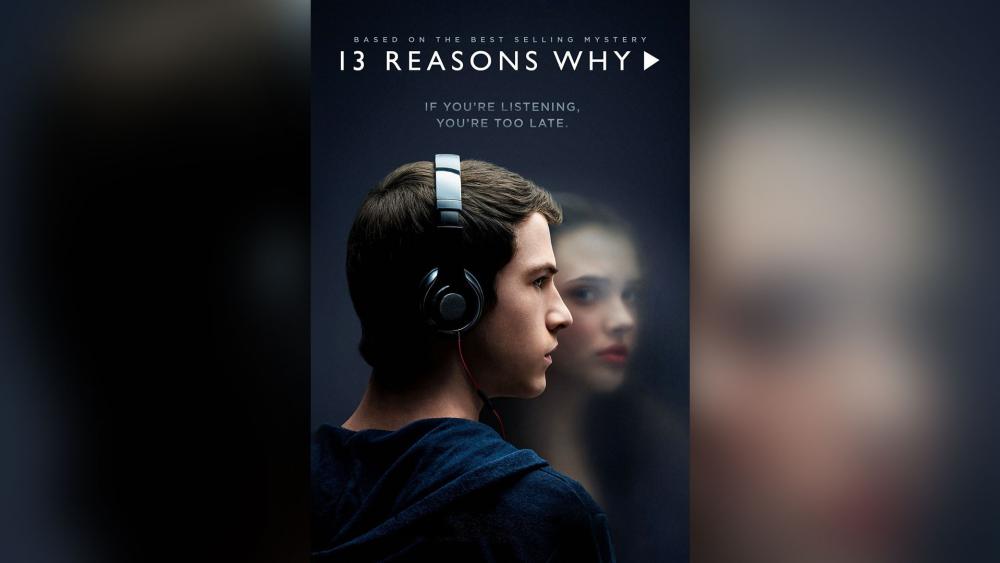 A controversial new Netflix series about teenage bullying and suicide has drawn outrage and criticism from those who say it romanticizes suicide and doesn't offer alternatives.

Entitled "13 Reasons Why," Netflix describes the fictional series on the show's website :

"After a teenage girl's perplexing suicide, a classmate receives a series of tapes that unravel the mystery of her tragic choice."

The series, which is based on the 2007 book by Jay Asher, ends with the main character, Hannah Baker, committing suicide.

Mental health advocates, parents of suicide victims, school officials and a teenage blogger are among some of the many critics of the show.

Sixteen-year-old blogger, Lauren McRoberts, wrote a piece called, "13 Reasons Why NOT," which has been viewed by hundreds of thousands of people.

She said that as she watched the series, her "heart was broken over the reality and rawness of the story that unfolded."

She spoke with CBN News about the show and her blog.

"The producers and the actors and actresses had a really great opportunity to... portray an alternative to suicide because people struggle with it so much now," she told CBN News.

"I think that they... could have taken advantage of the opportunity to present, 'Life doesn't have to end this way. There's different ways to fight it,'" she continued. "I just think that they misused their platform a little bit."

Mcroberts' blog had gotten almost 600,000 views at the time of the interview with CBN News.

"I want them to take away (from her blog) the fact that they are precious in God's eyes... you have a purpose," she continued.

Mcroberts said she's received several emails from mothers who have lost their children to suicide.

"That's one big reaction that I've gotten, saying that they wished that... someone had reached out them and that their kids had heard this Scripture (in her blog)," she shared.

In his blog, Watts describes the depiction of Hannah's death on "13 Reasons Why" as a "very graphic portrayal." He also wrote that watching the series was "brutal."

"Having found my son that day in 2013, when I watched Hannah's parents discover their girl's lifeless body, I screamed and wept," he wrote. "Immediately, I knew I needed to make parents aware of '13 Reasons Why' as soon as I possibly could."

The show has received critical acclaim, but Watts and others -- including mental health professionals -- are concerned.

"Netflix isn't going to pull it, and kids are watching it, and they're binge watching it without anyone helping them process it," Phyllis Alongi, clinical director of the Society for the Prevention of Teen Suicide, said, according to NBC News.

"We feel it was done irresponsibly and we don't agree with many portrayals including of Hannah's death, memorialization, and placing blame on others," she continued.

The show led one Kansas high school counseling department to send a warning letter to parents, quoting in that release, Dan Reidenberg, the executive director of Suicide Awareness Voices of Education:

"The show does not address mental illness or present viable alternatives to suicide."

"The romanticizing of suicide and the total absence of intervention i.e. medical attention, professional counseling, etc., is what makes the series both dark and dangerous for those who are depressed,  suicidal or have considered suicide as an option at some point in their life," Watts wrote.

He said a public school counselor brought the series to his attention when she wrote that the number of students seeking counsel from her was on the rise because of watching the show.

"I had a crisis appointment this morning and a patient taken to the hospital due to extreme suicidal thoughts after watching this series," the counselor wrote.

Show creator Brian Yorkey, in a Netflix special about "13 Reasons Why," said the graphic nature of the suicide scene was deliberate.

"We worked very hard not to be gratuitous, but we did want it to be painful to watch because we wanted it to be very clear that there is nothing, in any way, worthwhile about suicide," he said.

The show's Facebook page reads, "If you or a friend needs help please visit 13reasonswhy.info." It's a link to a crisis information page that includes the National Suicide Prevention Lifeline number, 1-800-273-8255.

The Centers for Disease Control and Prevention reported that in 2014, suicide was the second leading cause of death for children and young adults ages 10 to 24.