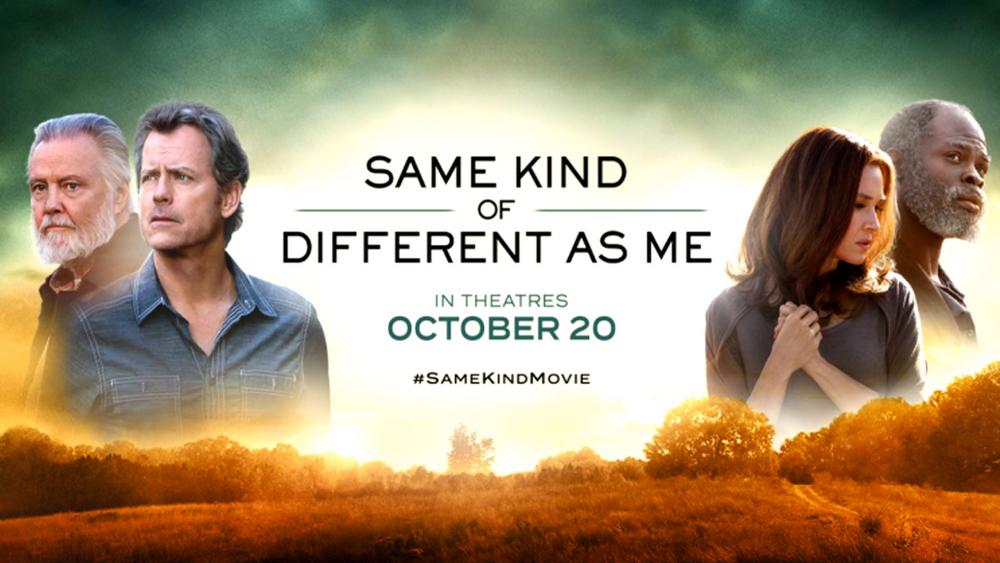 Renee Zellweger leads an impressive cast in the upcoming release of the film "Same Kind of Different as Me."

Jon Voight, Djimon Hounsou, Greg Kinnear and Olivia Holt are also a part of the cast for this big screen the true story.

The film is inspired by the true story of Ron Hall. He was an international art dealer whose wife, Debbie, saved their marriage and transformed his adulterous life.

The change began when Debbie got Ron involved in her work at a homeless shelter. It also unites the couple to an angry homeless man, Denver, who helps awaken Ron's faith.

Ron Hall first shared the story of their unlikely bond in his best selling book "Same Kind of Different as Me." It was on the New York Times best-seller list for more than three years.

The film hits theaters October 20, 2017. While it is not billed as a faith-based project, Paramount Pictures and the Christian entertainment company Pure Flix worked together to produce the movie.

Denver died in 2012. Prior to his death, he traveled with Ron Hall and shared their story at more than 200 shelters across the country.

Hall once asked Denver what he thought about their story being made into a movie. Denver replied, "Mr. Ron, you and I both know that we ain't nothing but a couple of old nobodies. You are an old art dealer and I am an old ex-con, with a message of hope for those that ain't got none."

Denver went on to say, "We was nobodies, but we were loved by a real somebody, and that was Ms. Debbie, and this is her story."

Debbie is Ron's late wife, who is portrayed by Renee Zellweger in the film.

Below is a link to the film's Ron Hall interview trailer, first shared exclusively with Studio 5

Below is a link to the film's latest trailer