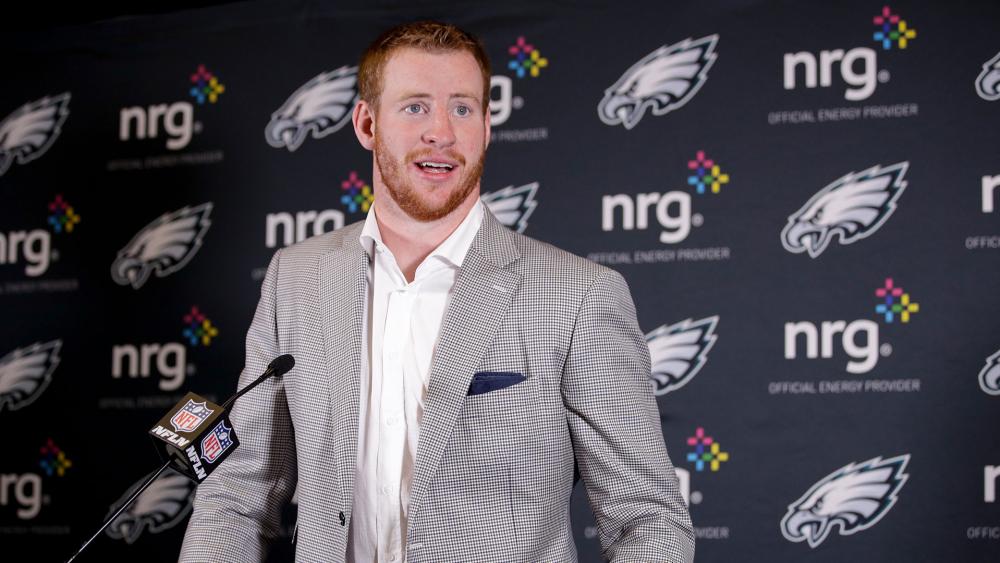 NFL star Carson Wentz was on track to lead the Philadelphia Eagles to a possible Super Bowl bid this year, but now he's been knocked out for the season by a serious injury.

Several defensive players slammed into the 24-year-old quarterback in Sunday's game, injuring his left knee as he was attempting to dive into the end zone for a touchdown.

The Christian athlete took to Twitter and posted video after the incident that could require surgery and end his season.

"Obviously, It's been a rough day for me personally, I am not going to lie. I have a ton of faith in the Lord and in his plan. But at the end of the day, it's still been a tough one. And it will be tough on me for a little bit," Wentz said.

"As I reflect tonight, I just know the Lord's working through it, and I know Jesus has a plan through it. I know he's trying to grow me in something, teach me something, use me somehow, some way, this will just be a great testimony as I go forward," he continued.

Wentz added that this injury "would not stop" him from moving forward.