Popular Song 'I Can Only Imagine' Turning into A Film 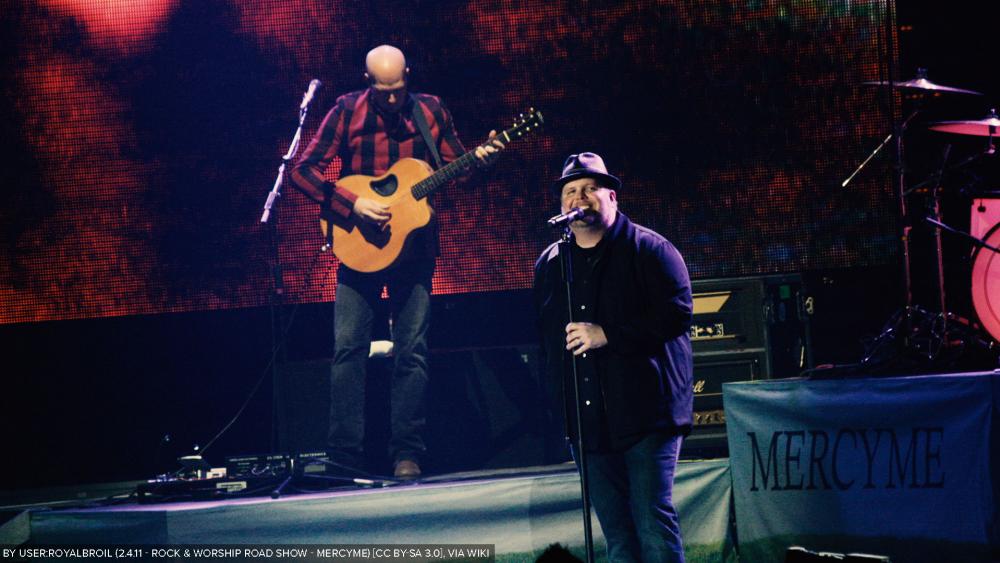 One of the most remarkable songs in the history of Christian music is the inspiration for and basis of a new faith-based movie starring actors Dennis Quaid, Trace Adkins and Cloris Leachman, among other familiar names.

“I Can Only Imagine,” the popular song by Christian band Mercy Me, will serve as the centerpiece for a feature film by the same name. Due out in Spring 2018, the movie will be directed by Jon and Andrew Erwin, the popular filmmaking brothers known for previous Christian-themed features such as “Woodlawn,” “Moms’ Night Out” and “October Baby.”

The movie, inspired by the song — a tune about Jesus that stunned everyone when it suddenly crossed over and became a mainstream hit back in 2003 — will also be based on Mercy Me lead singer Bart Millard’s life story, Deadline reported.

One of the most fascinating details surrounding the song is the way in which it went from a benign Christian tune to a mainstream smash hit, becoming what Deadline called the “most played Christian radio single in history.”

Mercy Me sat down with TheBlaze and “The Church Boys” podcast in Nov. 2015 to discuss the song’s fascinating and unexpected trajectory — an ascension that still has members of the band stunned more than a decade later.

The band said the song — which includes overtly Christians lines like, “Will I dance for you Jesus or in awe of you be still” and “Will I sing hallelujah, will I be able to speak at all” — ended up on mainstream radio after some shock jocks essentially decided to play it on their show as a joke, TheBlaze reported.

READ: Pro-Trump Pastor Has Been Called ‘a Heretic, an Apostate, an Adulterer, a Charlatan.’ Now, She’s Hitting Back.

While the song was originally released in 1999 in Christian circles, it was new to mainstream radio listeners when Fitz, Tony and Big Gay Steven, the then-hosts of Wild 101 FM’s “The Fitz Show,” reportedly decided to play it.

And almost immediately, their phone lines lit up with people asking for “I Can Only Imagine” to be played again…and again. Before long, the band’s record label was sending the song out to top 40 stations across America.

Something about the song’s Jesus message was apparently resonating in a big way.

“Word just started getting out. Our label didn’t know what to do with it. How do you even promote this?” Millard said. “They agreed to send a copy to the stations and say, ‘Play it once and if you don’t get a reaction just throw it out.’”

And the song just kept on spreading, topping charts across America and inspiring mainstream radio listeners in the most unexpected of ways. Listen to Mercy Me explain the song’s trajectory at the 31:00 mark below:

Now, the country will have the chance to see the song played out through a feature film — an intriguing prospect that holds some promise. “I Can Only Imagine” is currently filming in Oklahoma.