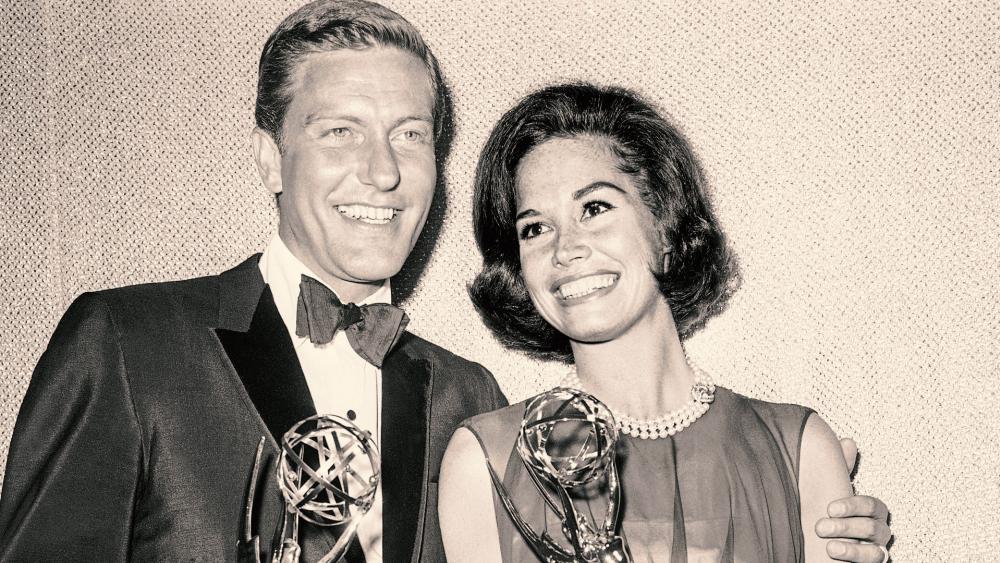 Mary Tyler Moore, the beloved actress who starred in a number of hit TV shows and movies died Wednesday at age 80.

Moore reportedly died surrounded by friends and family after suffering from complications from pneumonia.

She is known for playing the frazzled wife Laura Petrie in the 1960s "The Dick Van Dyke Show."

However, it was the way she dazzled the screen  as an independent female news producer in "The Mary Tyler Moore Show" that touched audiences everywhere.

Viewers fell in love with the character Mary Richards as much as they did with Mary Tyler Moore because the two were a lot alike.

Mary Richards "certainly was never a character that I had to develop when we were doing the show," Moore said in a 1995 interview with The Associated Press. "Everything I did was by the seat of the pants. I reacted to every written situation the way I would have in real life."

Audiences were not the only ones who adored her, so did the people who were on set with her nearly every day of the week -- her costars.

"A line from our theme song was 'Love is all around,' and that's what it was for five days a week for seven years straight on the Mary Tyler Moore set," Gavin MacCloud told PEOPLE. "It was all because of Mary! She was professional; she was extremely creative with a terrific sense of humor and a gifted actress. She set a pace for all of us to follow."

A great lady I loved and owe so much to has left us. I will miss her. I will never be able to repay her for the blessings that she gave me.

Dick Van Dyke also mourns the loss of his costar, calling her "the best."

There are no words.
She was THE BEST!
We always said that we changed each other's lives for the better.
I... https://t.co/Xm8OBbQQ8j

The show soon became an icon in the sitcom genre, running seven seasons and winning 29 Emmys, a record that stood for a quarter century until "Frasier" broke it in 2002. Moore also received a star on the Hollywood Walk of Fame in 1992, and later, a life-size bronze statue went on display in Minneapolis.

She never quite reached the same success at the box office as she did on TV. However, in her later years, she won seven Emmy awards and was nominated for an Oscar for her 1980 portrayal of an affluent mother whose son is accidentally killed in "Ordinary People."

Moore suffered immense personal tragedy in her own life the same year "Ordinary People" came out.  Her only child, Richard, who'd struggled in school and with drugs, accidentally shot himself at 24. Then, her younger sister, Elizabeth, died at 21 from a combination of a painkillers and alcohol.

Moore herself lived with diabetes for nearly half a century and told of her struggle in her 2009 book, "Growing Up Again." She also spent five weeks at the Betty Ford Clinic in 1984 for alcohol abuse, writing that they "transformed my life - and gave me a chance to start growing up - even at my advanced age ... of 45."

Her life-long fight with diabetes inspired her to serve as chairwoman of the Juvenile Diabetes Foundation International.

"I would like to be remembered as somebody who made a difference in the lives of animals," she said in a 1997 interview for the Archive of American television.

Moore is survived by her husband, Robert Levine.