From Gold to Grace: Olympic Medalist Reveals How God Healed Her Abortion Scars 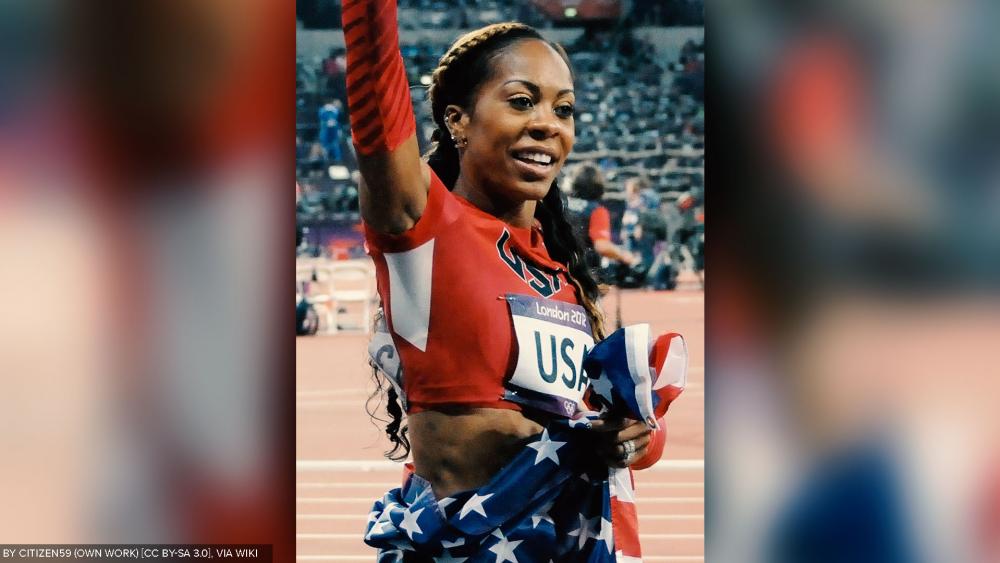 Five-time Olympic gold medalist Sanya Richards-Ross is getting honest about the invisible scars left behind after an abortion.

In her new book, Chasing Grace: What the Quarter Mile Has Taught Me About God and Life, Richards-Ross opens up about an abortion she had two weeks before the 2008 Beijing Olympics.

"I made a decision that broke me, and one from which I would not immediately heal," she writes in her book set to hit bookstores on Tuesday.

The 400-meter sprinter is opening up about her past to help young female student-athletes, but it is a decision that is a long-time coming. She says the shame of having an abortion has kept her silent for nine years.

"I literally prayed about that (revealing the abortion) for almost two years because it is something that is really private, and a lot of women don't talk about it," Richards-Ross said on the "Newsworth with Norsworthy" podcast last week.

"When I found out I was pregnant before the Olympics, it was the toughest time of my life," she said. "It wasn't an easy story to share. Even, I think about, oh my God, I wonder how people are going to receive it. But, ultimately, I did it to glorify God and to tell people that you can come back from any decision, no matter how hard it is to make."

Just weeks before the 2008 Summer Olympic Games, Richards-Ross and her now husband Aaron Ross found out they were going to have a baby.

But she and the cornerback for the New York Giants felt the unexpected pregnancy would hamper their budding careers.

"Everything I ever wanted seemed to be within reach," she writes in her memoir. "The culmination of a lifetime of work was right before me. In that moment, it seemed like no choice at all. The debate of when life begins swirled through my head, and the veil of a child out of wedlock at the prime of my career seemed unbearable. What would my sponsors, my family, my church, and my fans think of me?"

They decided to have the abortion.

"Over the phone, we didn't go into details," she writes. "As if not saying it would alleviate some of the guilt and the shame."

Two weeks later, Richards-Ross won the gold in the women's 4x400 meter relay, but it did not diminish the pain she felt for having the abortion.

"Abortion would now forever be a part of my life," she continued. "A scarlet letter I never thought I'd wear. I was a champion — and not just an ordinary one, but a world-class, record-breaking champion. From the heights of that reality I fell into a depth of despair."

It also created a deeper wound in her relationship with Ross.

"I always harbored some resentment toward (him)," she writes. "It was our mess-up, but I felt abandoned in the decision. It was like by not saying anything, neither agreeing nor opposing, he kept his conscience clear, but it wasn't fair. We were in it together."

The couple now says God has healed them and their relationship.

They are excited about welcoming their new baby due later this year.

"Many parts of our lives have felt like a fairy tale, but this is our biggest blessing yet," the couple told People magazine in February shortly after announcing the pregnancy. "We are so excited to start a family and can't wait to begin this new adventure!"