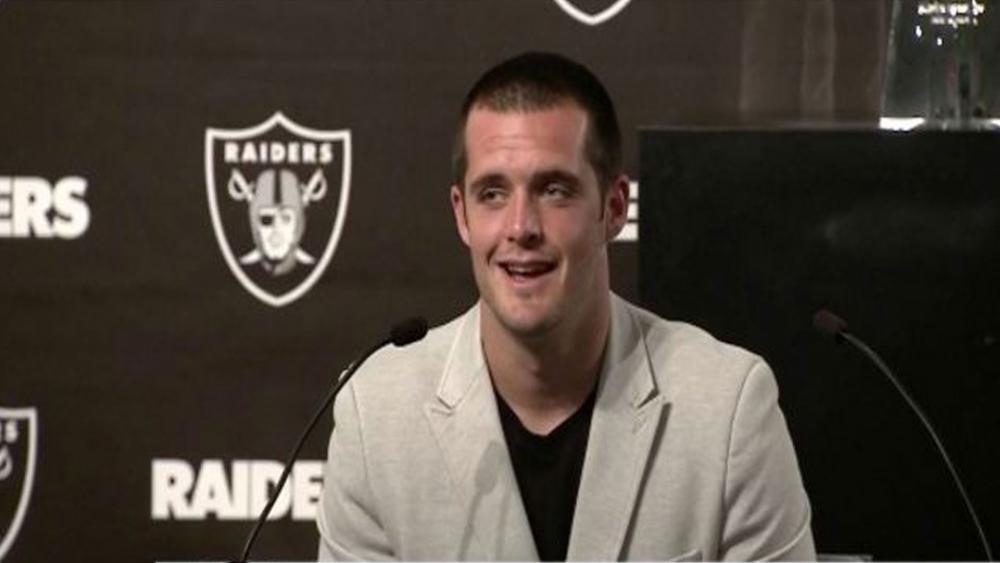 Derek Carr has never been shy about expressing his faith.  After suffering a season ending injury last season, instead of being depressed and dejected, he tweeted a Bible verse along with praise for God’s goodness.

Now he’s making headlines for his faith again, after signing the richest contract in NFL history, to the tune of 5 years, $125 million.

A reporter, who acknowledged Carr is “not really an extravagant guy”, asked Carr at a press conference if there was anything in particular he was going to splurge on with the money.

“Chick-fil-A. I’ve been eating clean… I’ll probably get some Chick-fil-A” was his first response, obviously pleasing the owners of Chick-fil-A, including Dan Cathy.

.@derekcarrqb, you're right! It's not what we have, it's what we share w/ others that really counts. Oh, and of course #EatMorChikin! https://t.co/lSprKHQ3Sb

Carr then went on to talk about how he and his wife value giving and frugality.

“First thing I will do is pay my tithe like I have since I was in college, getting $700 on a scholarship check. That won’t change. I’ll do that. I’ll probably get my wife something nice, even though she begs me not to. She still gets coupons. Ever since I’ve known her, she finds coupons, she gets online trying to find discounts and all those things. None of that is going to change. The exciting thing for me, money wise, honestly, is that this money is going to help a lot of people. I’m very thankful to have it in our hands, because it’s gonna help people not only in this country but in a lot of countries around the world. That’s what’s exciting to me.”

Great to see a solid Christian in such a place of influence!