‘One of the Most Amazing Things I’ve Ever Seen and Heard’: Simon Cowell Blown Away by Deaf Singer 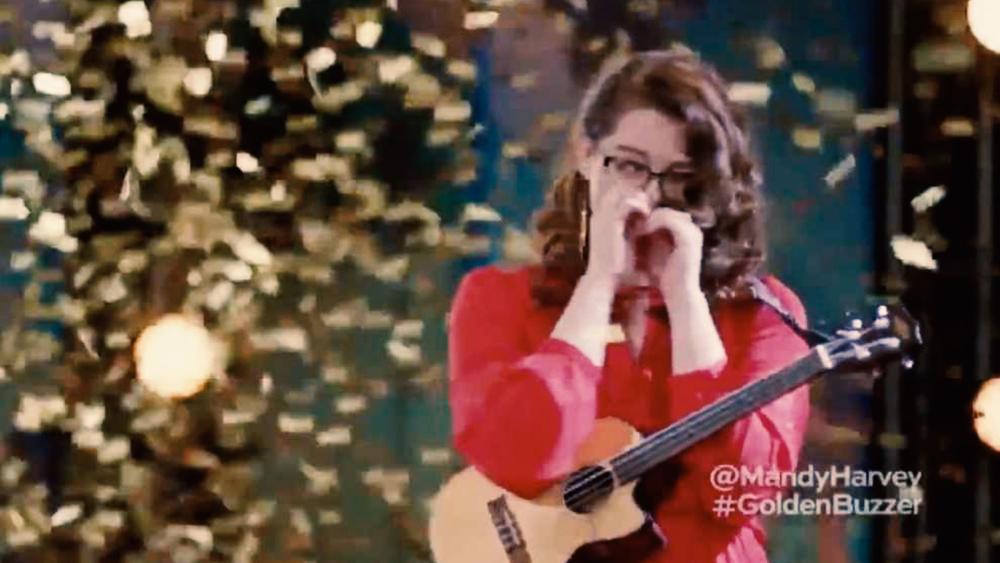 The notoriously harsh Simon Cowell found himself in absolute awe on Tuesday evening when 29-year-old Mandy Harvey from St. Cloud, Florida, took to the “America’s Got Talent” stage and absolutely blew everyone away.

But it wasn’t merely her talent that sparked a standing ovation from the crowd and judges alike. Harvey, who appeared on stage with fellow musicians and an interpreter, revealed prior to her performance that she’s deaf.

I don't even know how to say Thank you to everyone for all of the love/support! Hug someone near you...that hug will be from me! #agt #love

“I lost all my hearing when I was 18 years old,” she explained. “I have a connective tissue disorder, so basically I got sick and my nerves deteriorated.”

Harvey said that she has been a singer since the age of 4, but that she left music behind after losing her hearing. But, as time went on, she said she wanted to pick it back up and persevere.

“After I lost my hearing, I gave up,” she said. “But I want to do more with my life than just give up.”

Harvey soon came to rely on muscle memory and visual tuners, learning to trust her pitch and successfully dive back into her music. She now performs without her shoes on so that she can feel the tempo and the beat of the music through the floor.

Thank you @AGT @howiemandel @heidiklum @OfficialMelB and a special thank you to @SimonCowell! This is more than I could have ever hoped for!

But it was when Harvey started performing her original song, “Try” — a tune that focuses on her quest to get back into music after losing her hearing — that the audience burst into tears and joined the judges for a standing ovation.

“I mean, I’ve done this a long time,” Cowell said after the performance as he hugged and kissed Harvey. “That was one of the most amazing things I’ve ever seen and heard.”

Watch the stunning performance and the judges’ reactions below:

Need proof that you should never give up on your dream? This is @mandyharvey. #AGT pic.twitter.com/R1yWrofTUi

It should be noted that Cowell pushed the golden buzzer after the performance, which means that Harvey will be able to advance to the live shows. In other words, America can expect to see a lot more of her in the future.

— Brace Yourselves: ‘Orange is the New Black’ Creator to Launch Netflix Series on Teen Jesus