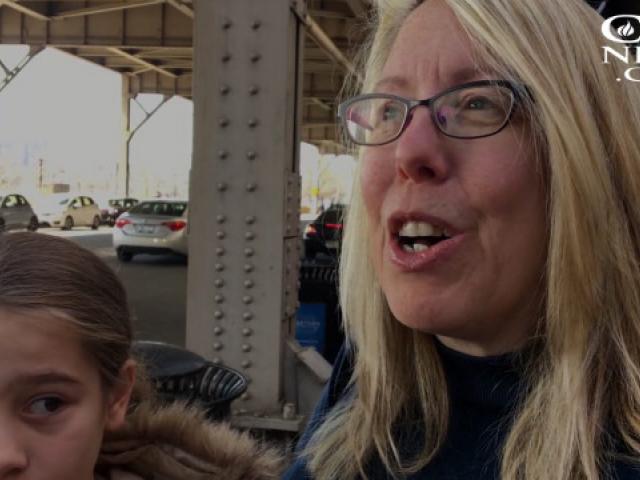 When Disney announced it would feature an "exclusively gay moment" in its new "Beauty and the Beast" remake, Christians everywhere vowed to boycott the movie. Despite the backlash, some Christians say parents should think twice about prohibiting their children from seeing the film.

CBN News caught up with folks who saw the movie opening weekend to find out what they think about the controversy. Click the video above to see what they said.

One of those parents is Sarah Wallace, a blogger for The Gospel Centered Mom, and mother of four. She says the movie gives parents the opportunity to teach their children how to interract with a world that loves sin.

"This is the culture God has appointed for us to raise our children in. We need to know how to live in it and interact with it," she says. Instead of ignoring a culture that celebrates homosexualtiy, Wallace argues that Christians should send their children out into the world with strong knowledge of what the Bible says.

"We must raise alien children - children who are not surprised by or afraid of this culture, but know how to impact it for the gospel," Wallace argues.

Christian Blogger and writer Luke Aylen agrees and argues that some parent's reactions could even hurt their Christian witness.

"Boycotting this film suggests Christians are offended by the existence of gay people – even if that's not how the boycotter intends it," Aylen writes.

Aylen is a fierce defender of traditional marriage, but he is open about his life-long struggle with same-sex attraction. He recalls the painful experience of having Christian friends who cut him off after finding out about his struggle with homosexuality.  He says most of these children had parents who refused to even talk to them about the reality of homosexuality in their culture.

"It wasn't the theology that hurt me. It was the way of reacting and treating me as a gay person – a reaction built upon seeing her parent's boycotting of gay people on TV," he says.

Aylen doesn't believe Christians should compromise on their biblical convictions about homosexuality, but should be prepared to engage a culture that widely accepts it.

"The fact is that our children are growing up in a society where gay relationships are a given," he says. "If we hold to a traditional biblical view of sexuality then we need to prepare our children for the real world of competing views about sexuality now, rather than try to pretend that LGBT issues don't exist, either in Disney films or in real life."