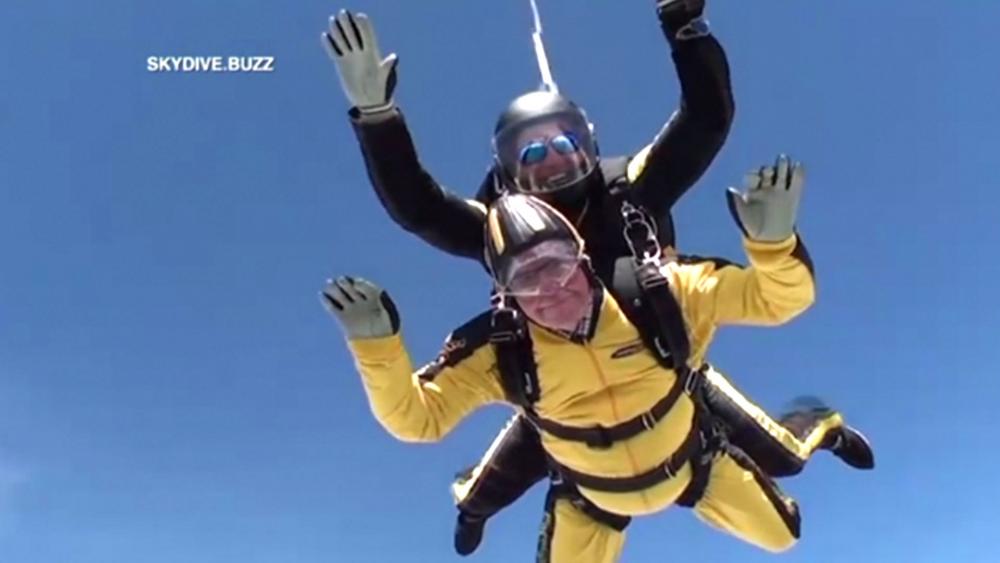 Verdun Hayes survived D-Day and lived to see his 101st birthday, so it's no surprise he has no fear.

He showed it recently by becoming the oldest person in the world to make a tandem skydive.

He was joined by four generations of his family for the jump on Sunday in Devon, England.

Hayes won the record by 35 days, knocking off a Canadian who completed the feat at 101 and three days old.

"I'm absolutely over the moon, it's beautiful," Hayes told The Associated Press.

Hayes hopes to break more records in the future by diving again.

He made his first jump to celebrate his 100th birthday.