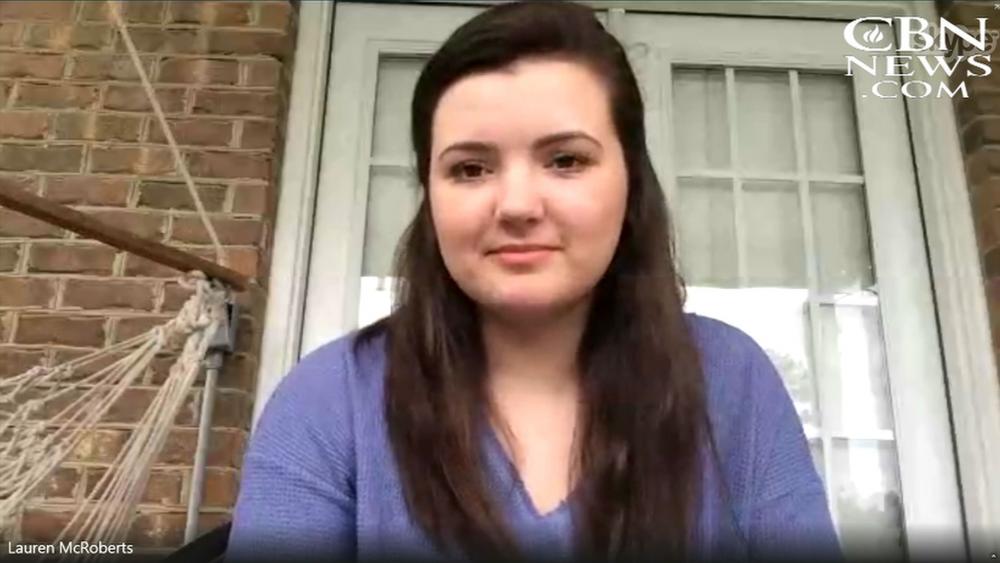 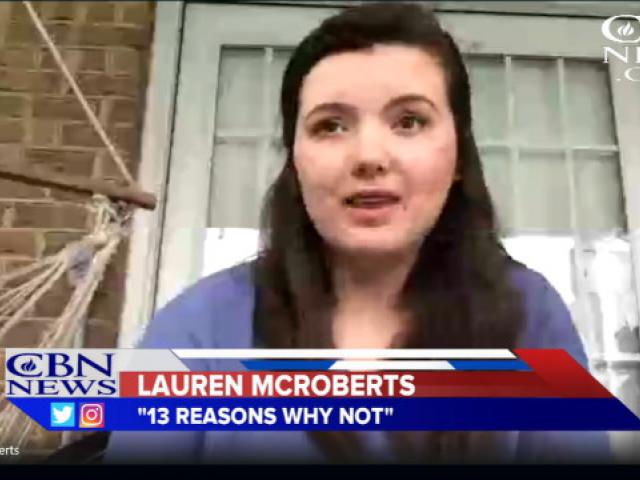 CBN News spoke with teenage blogger, Lauren McRoberts, about the Netflix show, "13 Reasons Why," and her blog, "13 Reasons Why NOT" -- why a person should not commit suicide. Watch above.

A teenage girl commits suicide in the controversial new Netflix fictional series, "13 Reasons Why," a show that has many critics, including teenage blogger, Lauren McRoberts.

The 16-year-old penned "13 Reasons Why NOT" to commit suicide, in response to the show -- a blog that has been viewed by hundreds of thousands of people.

McRoberts spoke with CBN News about the blog.

"After watching the series, I feel like the Holy Spirit just laid it on my heart," she said. "I think when you are a Christian, you accept the Holy Spirit into your heart which is like a conscience for you, and I just felt like I was being called to do that, and it was something heavy on my heart."

"My personal testimony includes some clinical depression and anxiety that I suffered from a few years ago," McRoberts continued. "And... my faith has motivated me to start a blog."

6)     You are MORE; More than the whispers, rumors, and loneliness.

7)     Death has already BEEN DEFEATED; whatever you are fighting, Jesus already died for it.

11)   You can't give victory to the enemy. Those lies you hear, are solely of the enemy. Don't let him win.

McRoberts told CBN News that people around the world have responded to her blog, including someone from South Africa.

She also said a correctional officer from Alaska contacted her, asking her to send several signed copies of the blog so he could post them in a women's prison to encourage the inmates.

In addition, McRoberts has started a fundraiser, selling t-shirts which read "You Are Worth > (More)." She said a portion of the proceeds will go toward "To Write Love On Her Arms," an organization focused on mental health awareness and suicide prevention.

The Facebook page of the Netflix show, "13 Reasons Why," reads, "If you or a friend needs help please visit 13reasonswhy.info." It's a link to a crisis information page that includes the National Suicide Prevention Lifeline number, 1-800-273-8255.