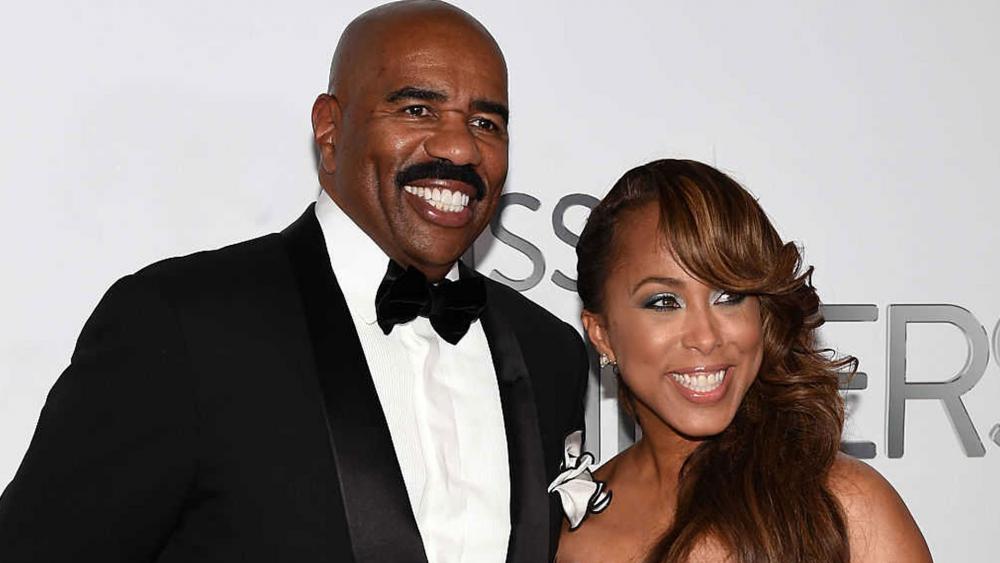 Comedian and actor Steve Harvey’s wife, Majorie, recently told Essence magazine that she and her husband keep God at the center of their family — a refreshing revelation that’s certainly a rarity in Hollywood today.

READ: ‘Miracle Boy’: Doctors Said He’d Never Walk or Talk Again After 28 Minutes Without Oxygen — but They Were Wrong

“Both my mother and grandmother instilled a strong sense of faith in me,” Marjorie told the outlet as she discussed the importance of her family’s recent Mother’s Day celebrations. “Steve and I have a huge blended family.”

She continued, “Our relationship with God is the centerpiece for love in our family.”

The two, who wed in 2007, have a total of seven children, with Harvey bringing in four kids from previously relationships in addition to Marjorie’s three kids from her previous marriage.

Marjorie also expressed her gratitude to God for blessing her with the “gift of being a mother,” saying that “it is truly a different kind of love like no other.”

It’s also important to note that Steve Harvey has openly discussed his Christian faith over the years, crediting Marjorie with helping to change his life and his perspective, noting that he wasn’t quite happy before he met her.

“I wasn’t who I wanted to be in life,” he told HuffPo Live at the time. “A woman changed all that.”

His wife, he said, taught him a lot about himself — and that relationship helped transform Harvey’s connection to God.

“[She] taught me a lot about myself. And then I found the inner joy and peace in myself and then changed my relationship with my creator,” he said at the time. “I started talking to him more often. I figured he probably knew more about where I ought to go than I did. He started showing me some stuff, and she started showing me stuff.”

Read more about Harvey’s relationship with Marjorie and his testimony here.

As Faithwire recently reported, Harvey also recently published an Instagram post in which he explicitly praised God for his recent Daytime Emmy wins. He wrote, “God has been so good to me, couldn’t have done it without Him, our amazing crews and YOU, thank you for all the support!”

– ‘Miracle Boy’: Doctors Said He’d Never Walk or Talk Again After 28 Minutes Without Oxygen — but They Were Wrong

– Trump Penned a Handwritten Prayer to God — Now, He’s Heading to Some of the Middle East’s Holiest Biblical Sites