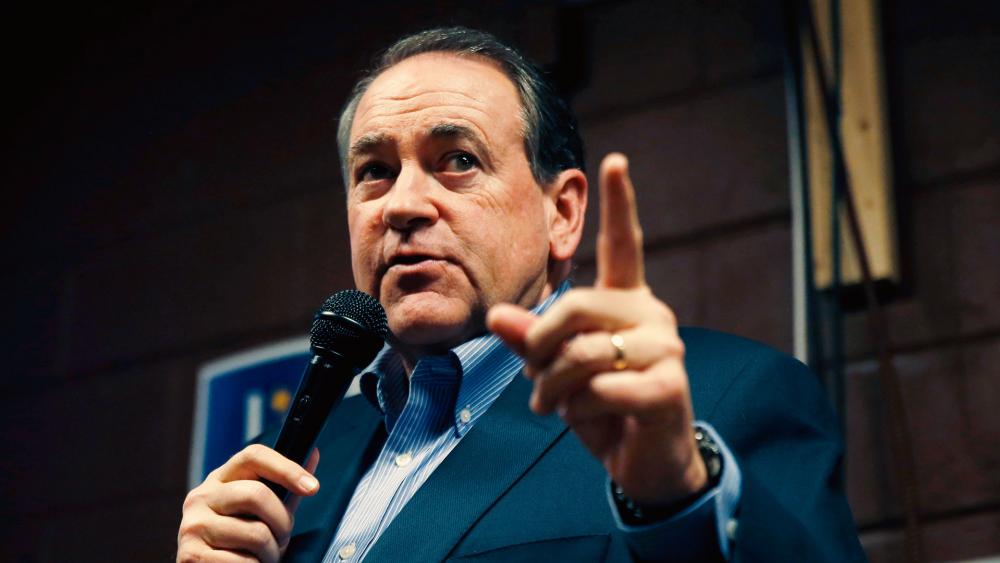 Former governor and presidential candidate Mike Huckabee is leaving Fox News Channel to launch an hour-long show on the Trinity Broadcasting Network.
A TBN statement says the weekly news and talk show will premiere this fall and will be recorded in Nashville.
"'Huckabee' will combine Gov. Huckabee's commentary on news-of-the-day and current issues, along with guests from the worlds of politics, entertainment and faith," TBN says.
"I am grateful to (TBN Chairman) Matt Crouch for sharing the vision of a weekend destination on TV where we talk to newsmakers and celebrities in a civil and respectful manner as well as introduce America to some not-so-famous people whose stories remind us that the greatness of our nation is about the people who love God, raise their families, and serve their neighbors," Huckabee says.
His new program follows a seven-year stint at Fox that featured political commentary, conversation, and music.
Huckabee plays bass in a cover band called Capital Offense, which did a version of "Sweet Home Alabama" in Jerusalem Tuesday.

The Brody File Show: Huckabee and the Selfie