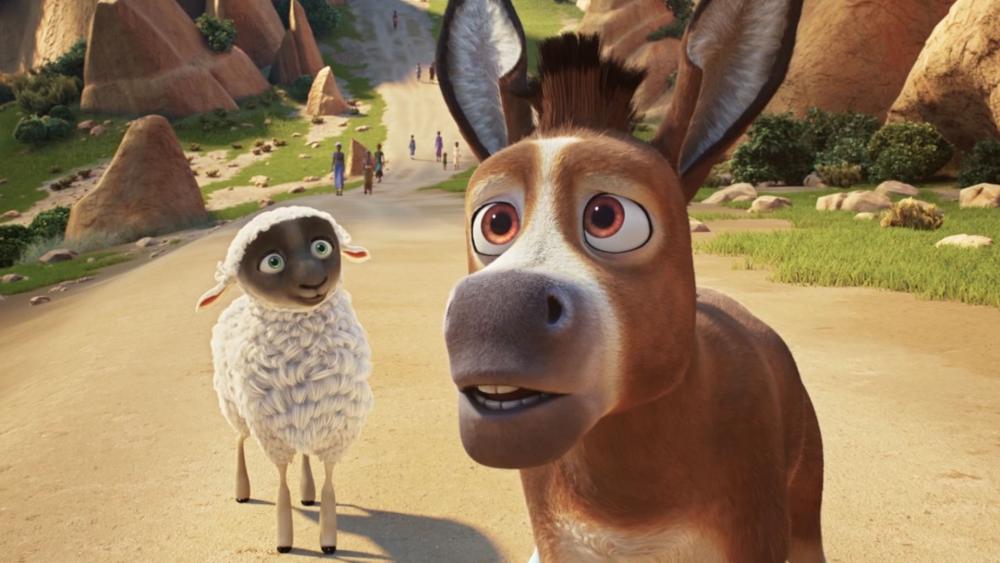 The holiday movie season begins this weekend with a unique twist on the story of Jesus' Birth. "The Star" is an animated film about the animals in The Nativity story. It hits theaters November 17.

"It's the story we've heard so many times. And so, if it was going to be worth making a movie about this at all, we had to find a way to present it in a fresh way," said Timothy Reckart, animator of "The Star."

Reckart added, "It was so wonderful to be part of something of bringing a movie into existence that I didn't have as a kid."

TV icon Oprah Winfrey is a member of the star-studded cast along with other big names like Tyler Perry, Tracey Morgan, Mariah Carey and Patricia Heaton. Winfrey's voice can be heard in the film as Deborah the Camel. "Whoever thought to write this from the point of view of the animals, I think it's another approach that allows us another way in to be inspired by an ageless, timeless story," she said.

Actress Gina Rodriguez plays the role of Mary and didn't have to look far to do research about her part. "I grew up with The Nativity story," said Rodriguez

She continued, "I am very aware of the story. It is ingrained in me. I have seen some version of it every Christmas with my mother or my grandmother. The story was second nature, if you will."

Gina Rodriguez: Pulling from Real Life to Play the Role of Mary

Rodriguez' role in "The Star," along with all of her work, is a tribute to her grandmother, a woman whose faith walk has been source of inspiration for the actress. "For my grandmother to be like the last standing matriarch of our family, the only grandparent I have left. It is my gift to her to kind of oversee all that we have done. And she has an opportunity to be with all of us."

Actor Zachary Levi didn't have as much to pull from for the role in "The Star." He plays Joseph. "The source material is pretty much all you have to work with. And even in the source material, there is not much to go on. It's a lot of bullet points," Levi joked.

Acting Challenge: How to Bring Joseph to Life

He continued, "But that is kind of a fun license to create; it is not like it's a character like Paul where there is a bunch of source material on. And then everyone is going to have their two cents of who they think Paul really was. With Joseph, everyone is like I don't know. He's a guy. He was a carpenter. He was married to Mary. And the baby and the thing."

"We can all still identify with the human level of that frustration, that wrestling with God," added Levi.

"The Star" opens in theaters on November 17.