Third Film in 'God's Not Dead' Series to Premiere in March 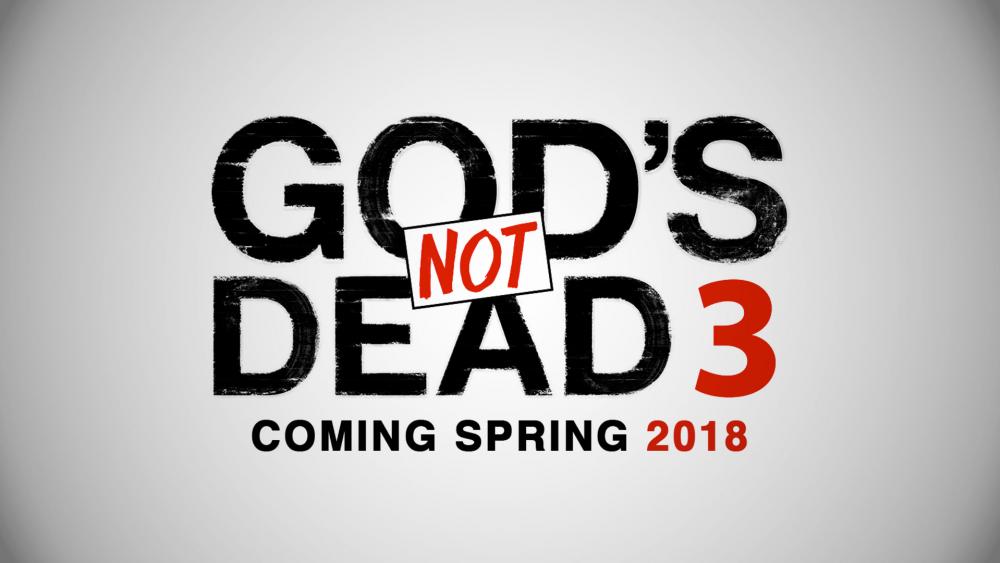 One of the stars of the "God's Not Dead" movie franchise says the next film in the series will bring hope to both Christians and those hurt by Christians.

MTV/Disney star Shane Harper, a returning cast member, told The Christian Post, the film's director Jonathan Michael is taking this motion picture in a different direction than the last two.

The third film in the series, titled "God's Not Dead: A Light in Darkness," will premiere in theaters around the country on March 30, 2018. It's currently in production.

The new movie will follow the main character, Reverend Dave, who will take the audience along on a ride through his own personal conflict. According to the film's synopsis, he's released from prison to a flurry of controversy. The growing social unrest leads to Dave's church being burned down, a fire with tragic results.

Devastated, Dave is launched on a painful spiritual journey as he fights against the university trying to keep him from rebuilding his church, and as his belief that "God is good all the time" is put to the test.

Harper's character in the movie, Josh, has grown and matured and will be shown assisting others in their faith journey.

"He's giving more advice than he's getting in this one, which is more fun for me. Not that he doesn't have his own demons that he has to battle with but he is the guy people are going to say, 'Hey, what do I do here?,'"  he said.

The 24-year-old actor also discussed his decision to return to the franchise.

"This is called 'God's Not Dead: A Light In Darkness.' It's not 'God's Not Dead 3,' and we're going to the Supreme Court. It's not that! It's 'God's Not Dead.' We're trying to close the gap instead of widen it between what seems to be a disparity — a disparity between the general culture and the niche church culture," he explained.

Harper noted that the first movie in the series made over $100 million at the box office, so he personally doesn't believe the market for these films is limited.

Harper says Christian films are very important to him.

"This isn't just a movie for me. I grew up in church and I've had a very vigorous Christian walk for as long as I could remember, so it's not just doing a movie for me," he asserted. "I've been working in Hollywood since I was 13, 'God's Not Dead' 1 was kind of like an accident."

Harper continues to work in Hollywood, working in films and television. After starring in part one of "God's Not Dead," he went to work on an MTV series titled "Happyland."

"It's nice to be able to be in this space and speak honestly about my faith and how this movie applies to kids my age and parents as well and talk about it in an honest way," he said. "I'm not welded to this marketplace. I kind of have my hands in both of these  and I think that's God's call on my life. Coming back for this one is very intentional for me."