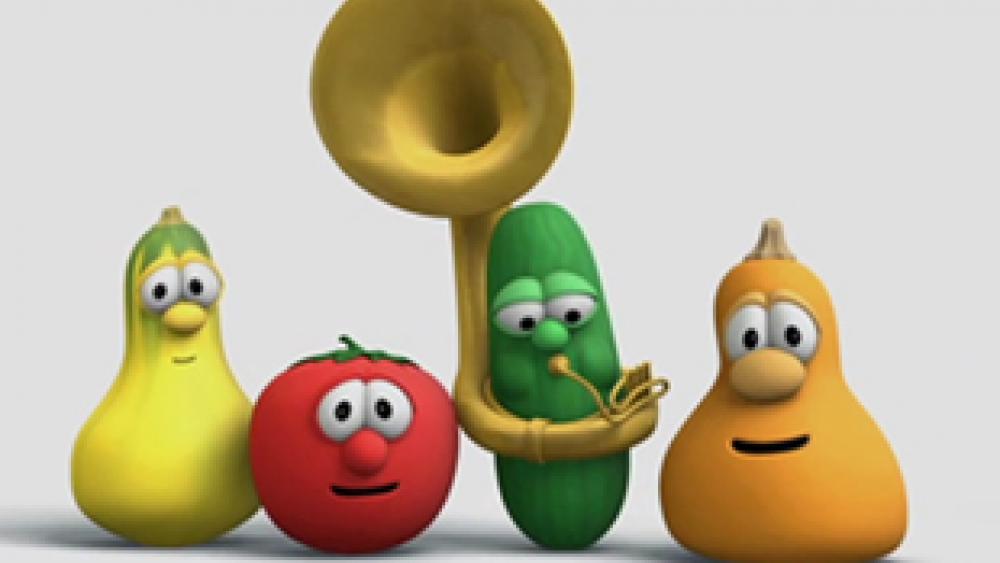 What would the holidays be without some Grinches trying to spoil all of the fun?

First comes word that some students at Cal State San Marcos think the Christian cartoon "VeggieTales" is racist because the villains are vegetables of color. Yes, you read that right.

The College Fix reports this revelation came to light last week at a "Whiteness Forum" held at the university.  According to organizers, the forum was to take "a critical look at whiteness." In other words, participating students were asked to find racism in things everyone enjoys.

VeggieTales was one of the projects in the forum that organizers said bolsters racial stereotypes.

One female student who worked on the project said in an interview that the accents of the evil characters tend to sound ethnic, such as Latino, while the good characters sound white.

"When kids see the good white character triumph over the bad person of color character they are taught that white is right and minorities are the source of evil," the project stated.

One student who attended the event told the website he felt the forum accomplished nothing in its goal of presenting equality for all.

"I feel like the university system leaders are a bunch of hypocrites, they're talking about stopping racism and promoting equality for all, yet they have no problem bashing white people," the student said, adding he is half-Mexican.

"They're trying to make people feel guilty for being white."

Brandon Morse, a writer for the RedState.com observed: "It's highly unlikely that children are going to learn racism from a cartoon about talking vegetables as when they watch the song and dance routines put on by the vegetables, the last thing they're going to think is how race theory fits into it. They're not going to see black, Hispanic, or Asian. They're going to see colorful vegetables being silly."

However, the attacks from social justice warriors also kept coming after CBS aired the Christmas classic "Rudolph The Red-Nosed Reindeer." The program, produced in 1964, is a stop-motion animated television special. According to Wikipedia, the program has been telecast every year since 1964, making it the longest continuously running Christmas TV special in history.

Some users took to social media to say the program was racist and homophobic.

There were also these other observations from users, according to The Resurgent website.

Peter Heck, a writer for The Resurgent responded this way:

"Normal people – that is, sane people – just don't think like this. It's why I firmly believe that the best argument against progressive thought is the exposure of progressive thought. The public may not be deep thinkers about political philosophy, but there's only a tiny percentage of people who would actually choose to live in a culture that finds the Rudolph story "troubling."