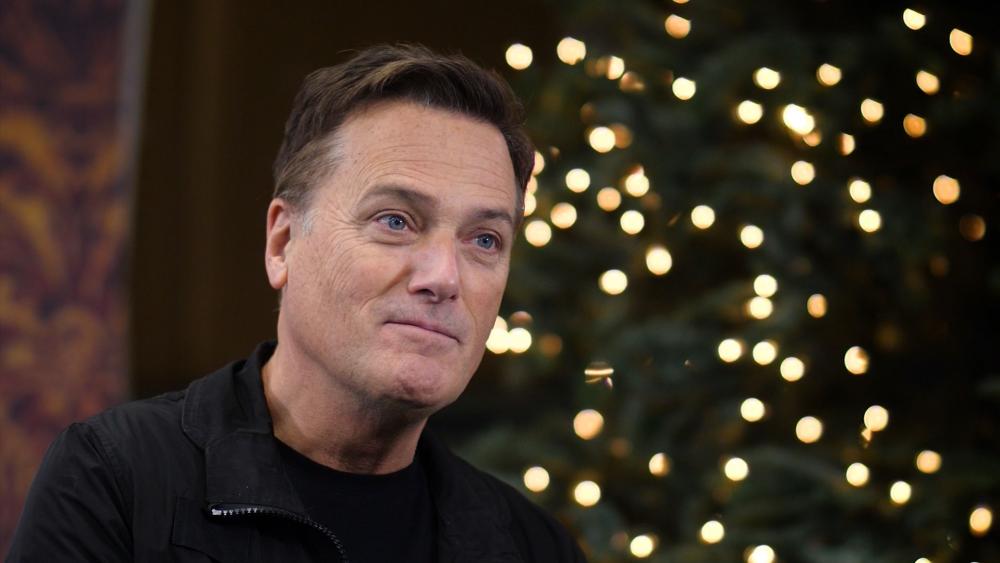 It's a project that Smith says almost didn't happen.

"I honestly didn't think I was going to do a record. I was still grieving the passing of my Dad who I was extremely close to," he told CBN News.

Michael's Dad was a major influence in his life and someone he called his biggest fan. It's his father's inspiration that led Smith to begin writing again.

"One day the flood gates opened and I couldn't hit record fast enough," he recalled.

The multi-platinum artist didn't stop there. For the first time in his career, he released back-to-back albums.

A Fascination with Outer Space Is Inspiration for 'A Million Lights'

"Surrounded" will be released on February 23, a week after the release of "A Million Lights."

"'A Million Lights' came from my fascination with space. I wanted to be an astronaut," said Smith.

He got live out his dream in the song's music video.

"It's like a dream come true 'cause you actually feel like you did go into space," said Smith. "My son Ryan directed the video. He's talented, he always has been."

It's the younger generation that Smith says he wanted to reach with his new music. His goal was to take on the divisive national sentiment and mean spirited social media by promoting love and respect for differing points of view.

Sound Advice for a New Generation

We asked him what advice he has for this generation.

"It's not about you; there is a bigger play here," he said. "I think God has a call in your life and I think He's crazy about you and there is a destiny on your life."

Smith's own God-ordained destiny led him to become one of the industry's top Christian artists. A member of the Gospel Music Hall of Fame, Smith has also taken home three Grammy Awards, 45 Dove Awards, and he continues to inspire fans worldwide. But he takes no personal credit for where he is today, giving the glory to God's grace and favor.

"Well, I think it's God thing, ultimately," Smith said. "I mean this is what I'm made for and why I've got to do it this long. I'll ask God one day when I see Him. I think a practical answer is I still love what I do."

Michael is about to kick off a world tour, including his first-ever performance in Israel. The tour will then return to the United States for concerts across the country.