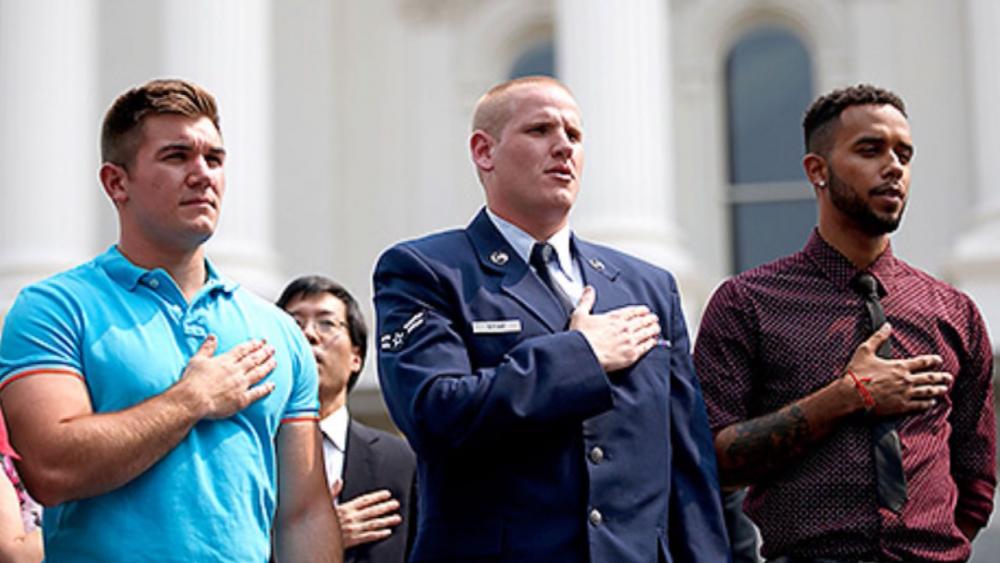 Nearly three years after making media headlines, Alek Skarlotos, Anthony Sadler, and Spencer Stone are once again in the spotlight. The three friends became heroes after preventing an August 21, 2015 ISIS terror attack that could have killed hundreds on a train from Brussels to Paris.

Clint Eastwood, who directs the film, made an unlikely casting decision.

'We Just Couldn't Say No'

Sadler, Skarlatos, and Stone "just couldn't say no" when Eastwood presented the idea.

"We said yes right away," Stone recalled in an interview with CBN News. "And then when he left the room, for the first time we all kind of looked at each other like, 'Can we do this?' "

Sadler added, "We didn't want to risk the success of the film, having not acted before."

The film takes viewers back to the young men's very early years.

"I play Heidi Skarlotos, the mother of Alek Skarlatos, one of the young men who stopped the train on the way to Paris," said Jenna Fischer

She added, "Heidi was divorced when Alek was young. And she was essentially a single mom, you know, a divorced mom. Her greatest ally was her neighbor, played by Judi Grier, who plays Spencer Stone's mother. [Through] their friendship and camaraderie, these two women really helped one another through those tough years of single parenting."

'God Was Probably Trying to Tell Us We Need to Go'

The film gives viewers a bigger piece of the story, allowing them to see the situations leading up to the August day.

Sadler said, "What was odd about it was how close we were to staying in Amsterdam. It was almost a pull, a force that we had been feeling all week to stay there almost I would say. Even the morning of, we had already packed the night before and we were like, 'Should we stay though?' "

He continued, "God was probably trying to tell us that we need to go."

Recreating the train ride from Brussles to Paris, where the three friends took down the terrorist, wasn't easy.

"We're moving on a train that's going 180 miles per hour and we had to stay on their schedule. So that means you couldn't stop and say, 'No, we're going to back up,' and every time we got into a station we were only there for however long it would be," said "15 :17 to Paris" producer Tim Moore.

"People look all their lives for this big biblical moment, like how it was in the Bible, like a confirmation: 'This is my miracle. I need see this in order to believe to believe this.' Most people don't usually get that. It is a walk by faith," Sadler said.

"For us, being 23 years old at the time, to have the factors that led up, it was kind of like our confirmation, our biblical moment," he continued. "No matter what you thought before, after surviving something like that, it was like, 'But God, only God.' "