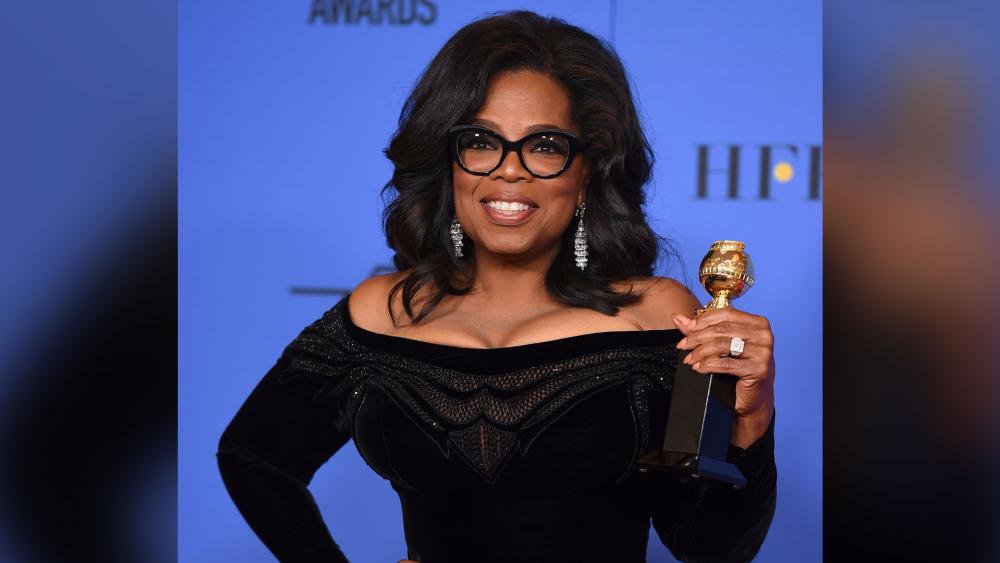 Oprah Winfrey may be giving some serious thought about running for president in 2020, according to CNN.

Sources close to Winfrey told the news publication she is "actively thinking" about a run after liberal-leaning celebrities and fans urged her to do so.

Winfrey's longtime partner Stedman Graham told the Los Angeles Times "It's up to the people" whether she will be president, but he said, "she would absolutely do it."

The entertainment world was set ablaze with #Oprah2020 after her acceptance speech at the Golden Globe Awards.

The OWN network CEO, producer, and actress was honored with the Cecil B. Demille lifetime achievement award.

The Sunday Golden Globes show also turned out to be an evening that focused on empowering women in the wake of the #MEtoo movement and the sexual harassment scandals in the post-Harvey Weinstein era. Oprah weighed in on that.

"I want all of the girls watching here now to know, that a new day is on the horizon," she said. "And when the new day finally dawns, it will be because of the magnificent women, many of whom are right here in this room tonight, and some pretty phenomenal men, fighting hard to make sure that they become the leaders who take us to the time when nobody ever has to say, 'me too' again."

Veteran actress Meryl Streep told the Washington Post that Winfrey "launched a rocket" with her speech.

"I want her to run for president," Streep told the Post. "I don't think she had any intention (of declaring). But now she doesn't have a choice."

NBC tweeted: "Nothing but respect for OUR future president"  #GoldenGlobes."

The network has since removed the tweet saying a third party agency sent it out as a joke.

Yesterday a tweet about the Golden Globes and Oprah Winfrey was sent by a third party agency for NBC Entertainment in real time during the broadcast. It is in reference to a joke made during the monologue and not meant to be a political statement. We have since removed the tweet.

Leslie Odom, Jr., who played Aaron Burr in the Broadway musical "Hamilton" tweeted "She's running. A new day is on the way."

Winfrey has previously denied having any interest in running for president.

When journalist and Winfrey best friend, Gayle King, brought the idea up recently on "CBS This Morning," Winfrey shot down the idea.

"There will be no running for office of any kind for me," she had said.