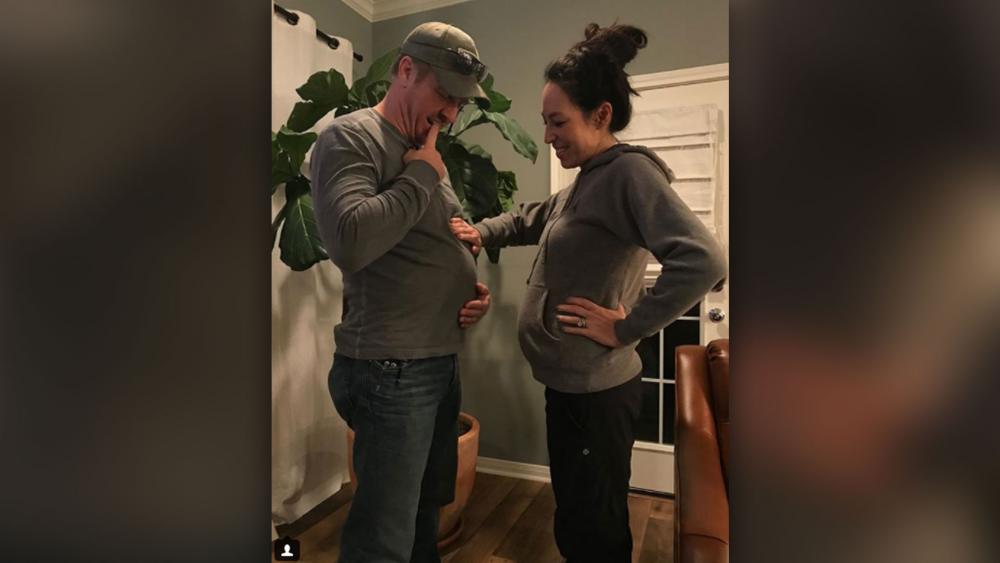 "Fixer Upper" stars Chip and Joanna Gaines have their own project to complete - a new nursery. The famous DIY couple announced they're expecting their fifth child.

The couple broke the news in an Instagram post that, in true Gaines fashion, shows them comparing bumps.

Gaines party of 7.. (If you’re still confused.. WE ARE PREGNANT) @joannagaines

Last fall the pair announced this season will be the last of their popular show "Fixer Upper." They said they wanted more time to focus on their family and other projects.

"While we are confident that this is the right choice for us, it has for sure not been an easy one to come to terms with. Our family has grown up alongside yours, and we have felt you rooting us on from the other side of the screen. How bittersweet to say goodbye to the very thing that introduced us all in the first place," they wrote on their blog at the time.

On Wednesday morning, Joanna released the first ultrasound video of her little baby bundle, and you can even see the baby's heartbeat:

Chip swears he can already tell it’s a boy. Look at the little heartbeat!! #5

When the new Gaines baby is born, he or she will have two big brothers, Drake and Duke, and two big sisters, Ella and Emmie.

Everyone tune in now for tonight’s #FixerUpper! We’ve got some BIG news to share.. hint #1 @joannagaines

No word yet on when the baby is due to arrive.