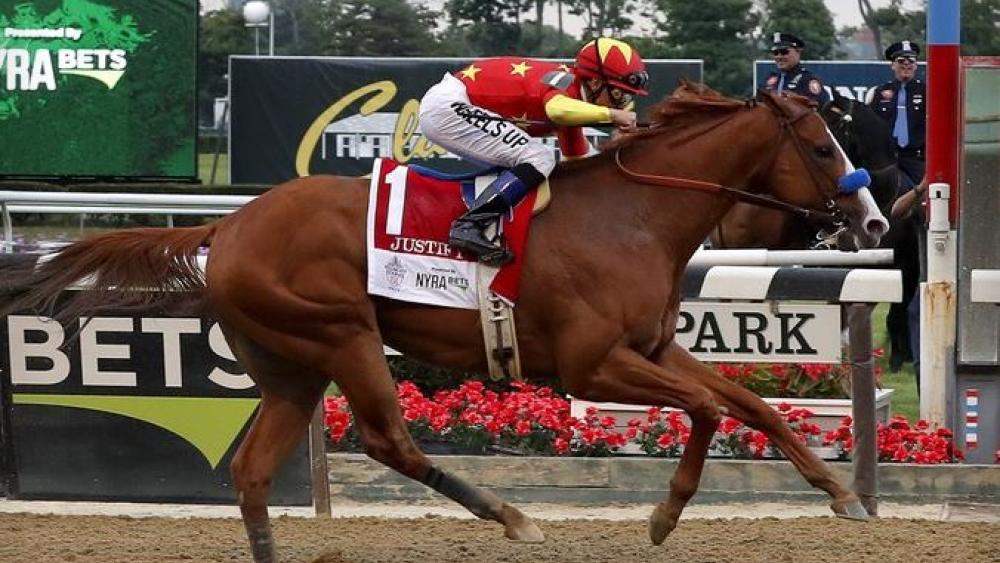 Justify, with jockey Mike Smith, crosses the finish line to win the 150th running of the Belmont Stakes horse race and becoming the 13th horse to win the Triple Crown.

Mike Smith, the jockey riding Justify in Saturday night's Belmont Stakes, could have said anything in his first television interview.  Instead of thanking the horse's owner and the trainer, the very first thing he told NBC  while being interviewed on horseback following the race, "First of all, I want to thank my Lord and Savior, Jesus Christ."

There was some show of competition from the other horses.  Vino Rosso made a move to get within a length of Justify but never improved. Justify pulled away from the pack for good down the stretch in front of a packed grandstand of screaming fans.

The chestnut colt is the second horse to sweep the Kentucky Derby, Preakness, and Belmont, improving to 6-0 in a racing career that began on Feb. 18. Seattle Slew was unbeaten when he won the Triple Crown in 1977.

At the age of 52, Smith, a devout Christian, is the oldest jockey to win the Triple Crown.

He told CBN News last month how he prepares for a big race -- with training strategy and prayer.

Smith garnered extra attention after the Derby in May when he thanked Jesus during his first interview after crossing the finish line.
Smith told reporters, "I just want to thank my Lord and Savior Jesus Christ for blessing us on this afternoon, and blessing us with this amazing horse."

"I just couldn't keep it inside of me," Smith told CBN News. "I truly give God all the glory and I had to say it. Without Him, I wouldn't have all the success I do."
Smith said that when he's mounted on his horse, he follows God just as he normally would.

"I believe there's just a flow that guides me and when I follow it, amazing things happen," he said. "And that's with everyday life too. When God's leading you, you follow it."

Smith's riding career began in 1982. He says he's ridden plenty of amazing horses but that there is just something special about Justify.

"He's sent from Heaven," Smith said. "He's just got this 'it' factor. Everything he does is exceptional. He's got a brilliant mind, and for a powerful racehorse like him who has a mind of his own, he's still just eager to please. Even just looking at him he's this massive beautiful horse."

Bob Baffert became only the second trainer in history to win the Triple Crown twice.  He did it with American Pharoah in 2015. 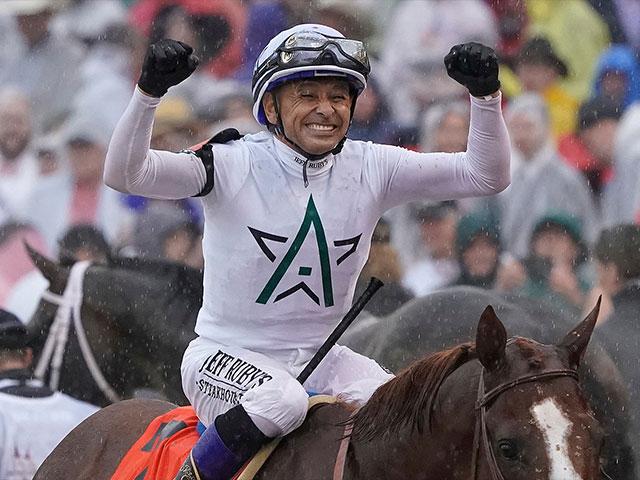 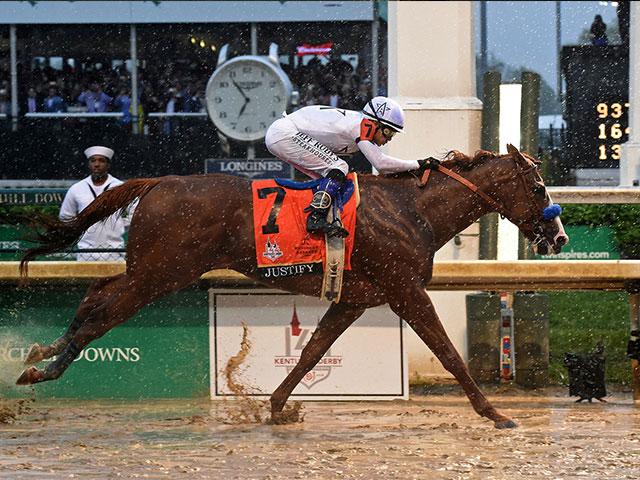 'All I Do Is Pray': Jockey Mike Smith Relying on God for Next Race with 'Justify'
CBN News Email Updates